How do I port an RPG XP script to a VX ACE or MV?

As far as I know, there are RPG XP online scripts made by Koreans in 2011.

The author's site has disappeared, but I know that a Korean community can still get scripts.

Is it possible to port this script to an RPG VX ACE?

(Although available at http://cafe.naver.com/xpcafe/163373, bug fixes found by community members are available as separate posts.)

you would have to completely rewrite that script from scratch.

XP to Ace changed the engine from the script language RGSS to RGSS3 and completely reworked the internal handling options. You might be able (if you're a really good programmer) to use the XP-script as a guideline when writing an Ace-Script with similiar functions over a course of one or two years (work-intense years as that).

MV uses a completely different script language (javascript) and any online script would have to be written from zero, absolutely no way of porting that XP script.

So basically, what you're asking for is impossible.

I might be able to help you with this but you'd need to have permission from the original author to have it ported. 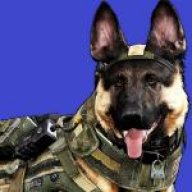 I found that same script a couple years back and wanted to use it for VX Ace but it wouldn't work right with that program either. Closest thing I found to the plugin for MV was OcRam - Local Coop plugin. I have yet to try that one though.
You must log in or register to reply here.
Share:
Facebook Twitter Reddit Pinterest Tumblr WhatsApp Email Share Link

ImaginaryVillain
No water this time, just trying for a majestic cliffside... The cave snuck in because I liked it. Now I guess I need a mini cave map or "secret" for it.
49 minutes ago •••