How do you Feel About Heavy Use of RTP?

The RTP was created to be used, so I'm fine with it. Especially for a free game, I would prefer that you focus on the gameplay itself so that the game is fun to play.


Though if you're putting it in a commercial game, at the very least use it creatively. You can do wonders by doing simple edits (read as mix-matching) of tiles from the RTP. Things like making a tree with a flower bed below or a table with assorted things are pretty simple yet are a huge breather from seeing all these generic plain trees.


TBH, as a player I'd rather play a generic looking but good game than a fully custom (graphics-wise) looking but bad game.
Last edited by a moderator: Jan 31, 2017

They're templates. We do a lot of stuff in house and i have lazy artists on my team. So we use and abuse the rtp for a reason. It saves time and money. Do you know how expensive game making is??? Can you churn out all original everything (art music etc) without spending a dime and get it out on time?
If you can props.
Otherwise it is there to be used. So go nuts and gimp the ell out of it yall

Personally I really like the RTP, since it gives a massive amount of base resources to build off of. It has it's problems but I'm certainly using mostly RTP stuff in my project. I'd like to eventually replace those resources by my own drawn tilesets to better suit my game's tone, but that takes time so for me the RTP works as a fantastic way to quickly get your game off the ground.

Of course, if you're going commercial that's kind of another story. Obviously there's nothing inherently wrong with the RTP being used in commercial games, in fact there's quite a few games that are mostly RTP for sale right now on Steam! The thing is a lot of players see the RTP and say "Oh its RPG Maker" and just avoid it since they think that all games that use the RTP are the same. So in commercial I find the RTP has a really bad stigma about it, but if you plan to just release a project on the forums here I don't think anybody will criticize you for using the RTP.

i would like to see effort put in to give it a custom feel as much as possible. even poor artwork can be a nice refresher.and make your experience stand out.but Graphics in a game are only part of a experience.
there is story,game play.visuals,music,grammar and entertainment.
it's not that RTP is bad. they look good. but people can also get tired of repetition. so those who have seen it a lot may not enjoy it as much.
regardless

the most important thing a developer needs if you ask me.
is passion for what they are doing.
for indie developers, enjoying what they do should come before anything else.
it's not about pleasing other people. this is reality, some people will not like or even hate what you make.
which is why it's important to make it because you enjoy it and not just for others. 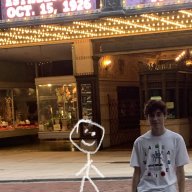 If it's a commercial game, I personally wouldn't suggest it. It makes the game feel unoriginal to me, like I've play a variant of the same game over and over again. However, if you combine elements that all together outshine the use of defaults, then I'm fine with it.
Maybe that's just me lol. 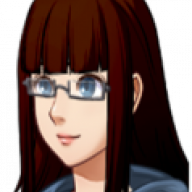