How do you guys go about a barraks 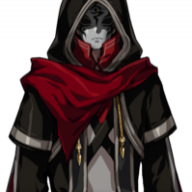 I have been wraking my brain for about 2 weeks and I'm still not sure what A medevil style barracks would look like. How would you guys go about that?

I just make something similar to the barracks I lived in in basic training, I know its not probably period accurate, but its familiar.

Depends which branch you were in. Air Force has 4 star hotel quality lol.

Anyway, if it's a medieval setting it would probably look like a castle on the outside. And the inside I guess would reflect that. But regardless, it's your game. Do what suits you. Even if it means making an intergalactic penguin empire.

Standing armies didn't really exist during the Middle Ages, apart from small companies of well armed and trained men-at-arms. When armies were raised, the bulk of the fighting force came from mercenaries and feudal levies, with only a fraction being heavily armoured knights and men-at-arms. Professional armies only started to emerge in the mid to late 15th century, which is either after the Middle Ages or nearing its end.

I don't think there was anything really akin to a barracks for medieval militias, retinues, etc. I think certain places may have had simple lodgings for active fighting men, but these weren't really barracks. For the most part, soldiers during the Middle Ages were expected to look after themselves.

You could have a building near, or attached to, the walls or gate of a town or castle. This building could have basics things inside: beds, a place to eat, etc.
Last edited: Jul 9, 2018

Skyrim probably has some good examples, albeit not large enough to fit a whole battalion.

JGreene said:
Depends which branch you were in. Air Force has 4 star hotel quality lol.
Click to expand...

See! this is why I should have joined the Air Force instead of the Army.

trouble time said:
See! this is why I should have joined the Air Force instead of the Army.
Click to expand...

Well, now there's the Space Force. I hear the ISS has an amazing view!

JGreene said:
Well, now there's the Space Force. I hear the ISS has an amazing view!
Click to expand...

I have always wanted to join the Emperors Adeptus Astartes.

Oh I also had another idea about the barracks for a medieval setting, IIRC equipment was less standardized overall, so you probably won't need to make a big equipment vault, since most owned what they brought to war.

The whole notion of a barracks in that setting is an anachonism. If troops required somewhere, they were more often than not billeted in the homes of civilians - with or without the permission of those civilians. Large forces which were raised for specific campaigns had camps, some of which could have quite elaborate elements for the officers, but for ordinary soldiers were basic.

To get a barracks that is historically accurate, you have to go further back than the middle ages. Ancient Rome had a professional army, so looking at what kind of barracks they used would be a good starting point. In fact, there was some recently discovered ruins of a Roman Barracks building from around 1 AD LINK to the article.

The dark ages kind of set itself apart from the rest of history because it was a setback to western civilization.

If you're not going for super historical accuracy, you can make them half stone, half wood, with a thatched straw roof. (Pretend the logs are straw).