How do you make a character suddenly appear while on an event? 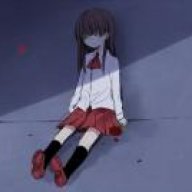 I am having problems with making a character spontaneously appear. I know there was a thread about it, but it's a different case.


In it, the main character runs to a certain room and has a monologue (the whole thing involves a switch, as expected), but the words are cut short as a character appears in the room for a cutscene and then goes away. I tried to use another switch, but either the character doesn't appear or the MC changes graphics....

Most likely you messed up with your switches somewhere. IMO it would be easier if we can see your event page.

For now I have this (Sorry, it's in Spanish). I wanted to script a second event in the room to make the character appear and then go away, but nothing happens. 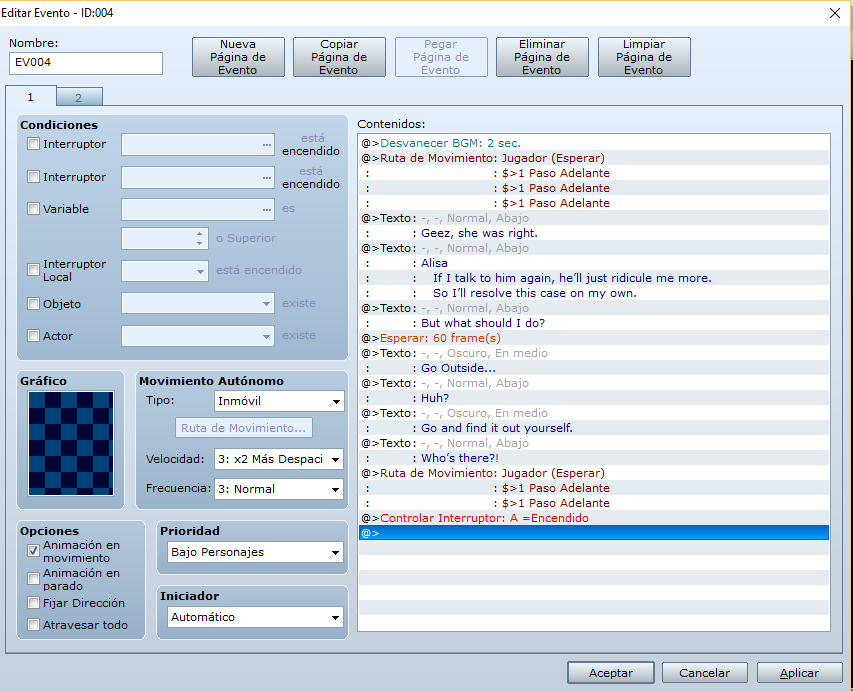 Sorry, took awhile to translate from spanish + do my other work

Based on those events, the player character moves forward (3 steps), followed by the conversation before moving forward again(2 steps). Then control switch A is turned on. The event starts after the map loads. Seems alright to me. Maybe the problem is not with that page but it is with page 2 or perhaps some other event?


Edit:
Maybe I lost track and what you want is to make another character appear and then disappear during the conversation?


IF that is what you are looking for, then set it so that the event that is supposed to appear (and disappear) so that it requires a switch to appear. Then all you need to do is to turn that switch on and off during the monologue. The second event is simply Oh, sorry. While I was waiting for I answer, I decided to improvise things and I got this result. I made the MC step on a switch, which makes the character appear and give criptic information. Then, the MC walks towards the character, but it walks away (luring the MC to a door). I was able to make the character appear suddenly, but now I don't know how to make it go away.


For some reason, when the MC walks towards the character, I need to press the action button and to be in front of the character to make it go away (even after changing the trigger from "Action Button" to "Player Contact"). 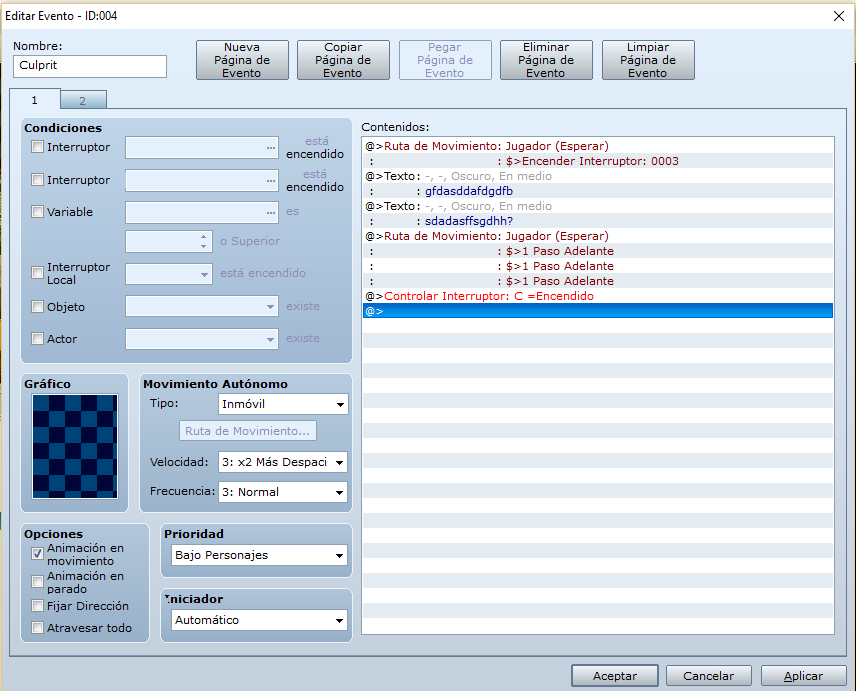 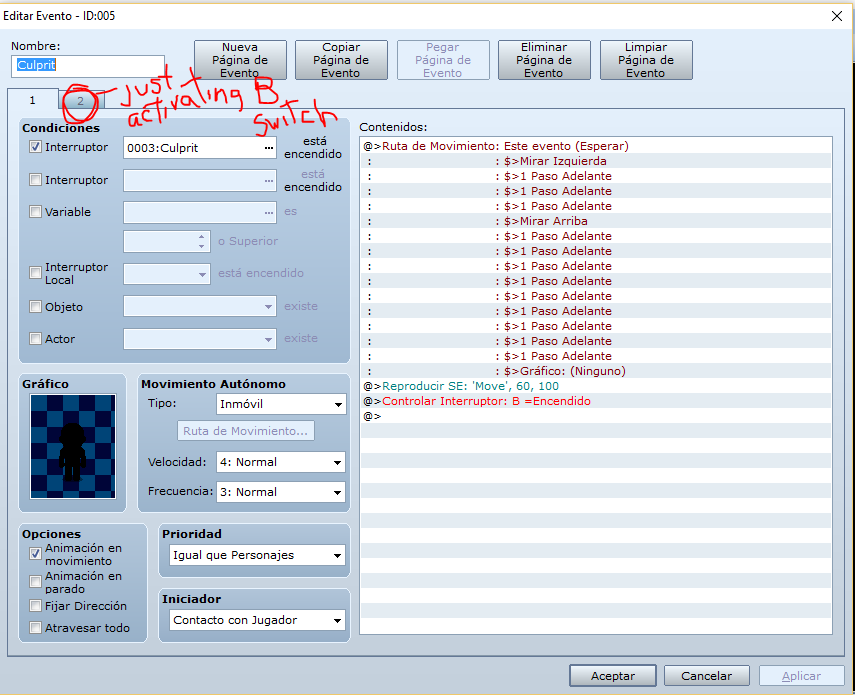 I assume that for the first event's page 2, all you did was turn the Culprit switch on?


Perhaps it is just me, but I think you are making this way more complicated than it has to be with all these different events.