How does your first game compare with your second?

I finished making my first recently, wondering what type of progress everyone else has made.
How have you improved in any area of game-making?

Edit: Would you say that with experience improvement will come naturally or is it more of an active discovery of your weaker areas and honing them? Not that these are mutually exclusive, but I would like to hear thoughts on this.
Last edited: May 4, 2019

First what?
What exactly is the discussion here? How we are doing in our own games?

@AfroKat whoops I typed the title in wrong, should be good now

I can probably tell a lot, but it's just better if you see it yourself how I have improved. Try to check my game in my signature, the complete one and the sequel. Sorry for the shameless plug.

VitaliaDi said:
Give us a teaser progress explanation instead of just a plug so that we have more of an interest in checking it out gimme yo advertisement game
Click to expand...

Honestly, I think without a "proper context" (i.e, getting to know the game by actually playing it), it's also hard to describe. I could say I designed the game better (like I designed the boss way much better), but that is just really arbitrary. The sequel game base design/system is just an improved version of the prequel game.

But since you asked. On the animation department (they're the same skill, but different animation)

Those were just a tip of the iceberg.

Hmm...Well I can tell that my programming of events and scripts has improved. It's not so jumbled as before.

It depends on what you consider my first game. I started to make an otome dating simulator RPG three years ago. The project burned to ash twice and both times after significant progress was made. I am in the writing stages of completing the base game now, but took a hiatus from my long-term labor of love to work up my first ever commercial release. I was inspired to make it on February 19th this year, and it debuted less than two months later on April 17th on Steam...Zom-bie, or Not Zom-bie.
I actually thought for a small yet ambitious project it came together rather well. Are there things I'd like to continue to work up in it? Yes. Will I? Probably. I'd like to add at least partial, if not Steam's definition of "Full", gamepad support to the project, and add another 25 or so Steam achievements. Right now, however, my focus is split on two other projects...that long-term project titled How Do I Love Thee?...

So...my second project will be either a more involved but dressed down game, or an eventually more involved and dressed up game...or another inspirational whirlwind. Who knows? At any rate...in the meantime I have been studying Yanfly's Tips and Tricks videos on YouTube and learning some simple yet effective JavaScript tricks to amp up my combat system interest levels. Never stop moving, growing, learning, creating. Life is too short.

I cant even remember.. I mean, I've started and scrapped a lot of projects so its hard to even remember the first and second ones

So, my first game, eh...
Too bad it's now gone for real good. Instead, I'll show how's my "first" game is, since I rediscovered it weeks ago. 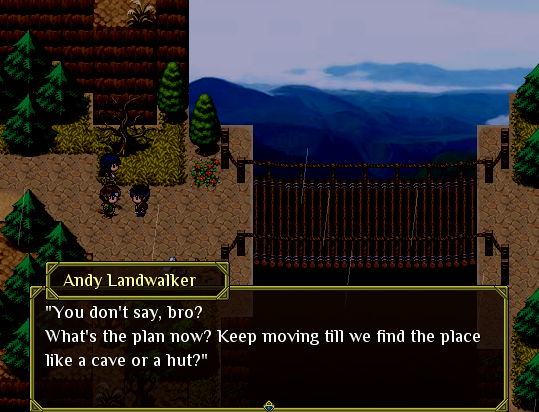 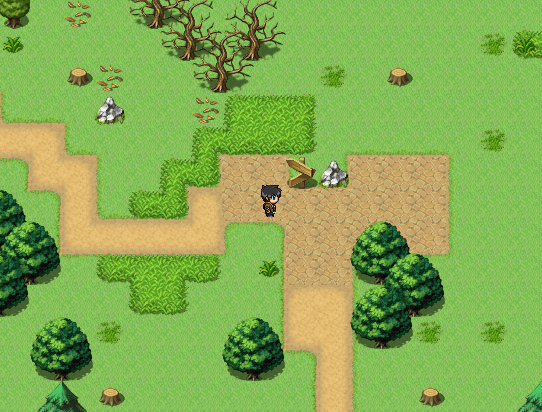 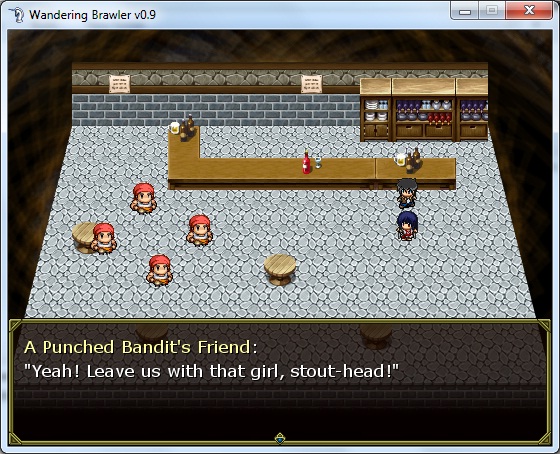 ​
The game is simple either in terms of gameplay and story, and considering I was learning how to get the most of the tool itself (RMVX), I didn't bother using any custom stuffs like tilesets and such; aside from some sprites, the game uses RTP as its core asset.
Learned how to make devlogs as well as versioning while working on this project, which helped me a lot in later projects.
Eventually, this project laid a groundwork for the next project which is... 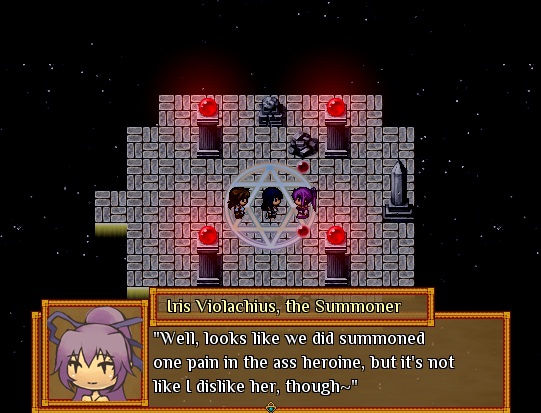 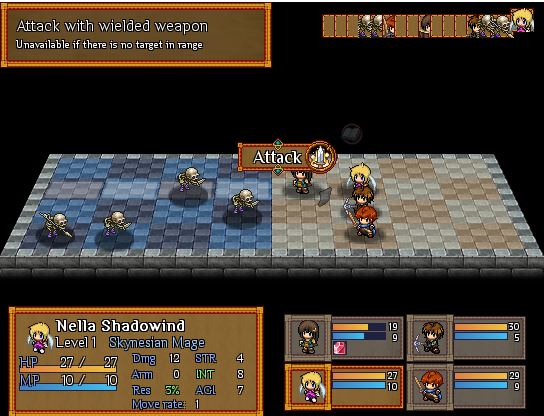 With Wandering Brawler as core basis, Eremidia: Dungeon is more or less a further development of said game along with some experimental stuffs I threw in, such as:
Before the game gets a remake, I have also tried meddling with the core scripts of the tool (messing around with RGSS2 was and is still a blast, not even lying). In terms of development, I discovered the lack of my discipline in the working pipeline when I worked on this project. Also, this project was my first time working on something that involves many people--in other words, this project was my first time on working as a team... although it was I who did almost everything.

From this project, the "third project" was then conceived: taking most of what Eremidia: Dungeon has and cranking it up to eleven, it then becomes Eremidia: An Empty Tome.
Link in my signature, btw.


"Have I improved?"
Let's say, on most departments, I learned things and put them into good use; yes, I have improved a lot over the course of years, not only on the technical side--I also improved on several fields including marketing and socializing in the community. And of course, I am still learning and improving as the time goes on, and one of the proofs that I can show to y'all is the "tech demo" of Eremidia: An Empty Tome (codenamed as Chessmaster's Challenge)

My point is, as long as you're willing to work on something, you'll get youself improved no matter how you do it.
Last edited: May 3, 2019

@VitaliaDi I wonder if you would mind clarifying exactly what the discussion element of your question is. At the moment it is not much more than "I got better at X", which while potentially interesting as chat, doesn't really fulfil the function of this section of the forum.