How important is a demo when buying?

I think a good demo that is properly showing the first hour or two of your game is fine. Just be sure it is stuff really in the game though. What I was talking about was I played a demo for a sports game that had things in the demo that didn't make it into the final product, and I was furious when I learned that.

For me personally, I don't think I've ever downloaded a demo of a completed, commercially available indie game, except when I wanted to see for myself how bad a game could be.
That being said, if it's a crowdfunding project, I WILL want a demo and if it's well crafted and shows signs of promise, I'll likely back it.

Due to the oversaturated market, a demo is basically THE ease of mind for a potential buyer to decide if your game is worth the money spent, especially if you are not an established big-name with the reputation to boot. Not adding a demo means you automatically lose any audience with the "no demo no buy" mindset as well as forcing others to take a wild guess whether or not your game is going to be good - that's the risk you are taking here.

The only games I personally think that can get by with the "no demos" approach are really short mini-games that you can complete within an hour, on platforms that isn't Steam obviously.

I want to add that, even if people don't actually bother to download the game, the mere fact that you have a demo may make you look more professional and credible. I didn't think of that but @CraneSoft 's comment brought me to that perspective.
Adding to that, if you have a demo and it's got positive reviews from the few people that played it, that also may make the potential buyer more likely to buy even if they don't play demos!

I actually got interested in hearing more opinions from experienced developers about demos, so I went digging in Gamasutra and found some neat articles:

The author of these two articles had a pretty interesting opinion on demos, though it's worth noting he comes off as a bit brash:

We've sold 481,529 games in the last 3 years, and 30,246 of those have been to people who played a demo. That means the other 451,283 sales were made without anyone ever seeing a demo. If you want percentages, that's 6%. We're quite happy to be proved wrong! If the data tells us we're wrong, we'll go back to using demos. Our hypothesis is, we'll make a bit more money if we ditch demos and drop the prices. As you can say what you like about the 94% of sales being without demos and argue till you're blue in the face that you don't buy games without playing a demo first, go on ahead.
Click to expand...

He also doesn't back up his opinions on demos with any hard data aside from his own team's game sales. This article does a better job of that:

The value generated by game demos in 2016 - are they worth making?

This developer shows some data about demos, and comes to the conclusion that people barely play demos at all. That being said, he does have this quote:

If you’re starting off, and this is your first game, it’s probably worth making a demo as it is cheap advertising (at least on steam) which will help with the creation of a small community. It also aids your reputation as a developer. If the gameplay in the demo is solid, it’s a fun experience and it doesn’t crash you’re already making a statement for the quality of your work which helps towards building that community you need. However if you’re an already established developer/studio with two or three titles in your portfolio, making a demo may not be that profitable since, as the stats above show, barely anyone plays it compared to your fully released game. But hey if it’s not too much trouble to create, it doesn’t seem to hurt either.
Click to expand...

Both authors seem to support the point that the "no demo no deal" crowd of consumers is indeed very small and borderline insignificant. Likewise the author of The Demo is Dead lists off a few reasons why having a demo could potentially hurt sales.

However, the author of the latter article brings up that, though few people bother with demos nowadays--especially with how cheap games are on Steam--releasing a demo before the release of your final product can be a great way to start building a community and generate some buzz over your game, assuming the demo and the game are buzz-worthy, of course.

Anyway, it's worth noting that these articles are quite old at this point (the former articles are from 2014), but IMO their points are still relevant, probably even moreso today with game prices on Steam continuing to trend downward, and most developers choosing to forego a demo in favor of an engaging trailer and a small price tag.
Last edited: Nov 2, 2019

@jkweath That is a awesome find! Now I seriously doubt 451,283 sales is on the horizon (or else you'll be seeing MUCH more of me because I quit my real job) 6% is still 6%. And judging from the poll, which granted is not many people voting - even that we have 1 of 15 stating the demo is required shows it is inlined with his article.

If I was not sold before I definitely am now. I will 100% be making a demo lol

I think the largest impact that a demo can have is if popular videogame streamers play and/or review it for their audience.

Hearing a trusted opinion and seeing a glimpse of the game without having to put in the effort oneself is food for the slothful nature of humans.

My conclusion is that I probably shouldn't spend more than a day making a demo out of the full build. And it's probably not something I'd make for every game either. If the demo would give away too much (or not be able to give a really good impression), it's probably better to skip it. 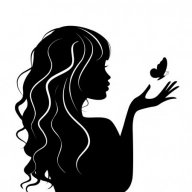 Personally I sometimes play a demo, if it's a game that is in the higher price range.

So how to make someone buy if you don't have a demo to offer?

- Personally I search for games that I like in my category.
- While searching I see an image that catches my eye. Bad images and I don't bother to mousing ower to find out more about the game.
- If I like what I see when I mouse ower - I am hooked and click to read more about the game.
- What taglines and images you then show is the key factor for me to decide if I buy or not.
- Sale is always fun, and I am more likely to buy if I see it's on sale.
Last edited: Nov 3, 2019
You must log in or register to reply here.
Share:
Facebook Twitter Reddit Pinterest Tumblr WhatsApp Email Link

Orex_
Do you Find Tilesetting or Looking for Tilesets/Plugins more fun? Personally I like making my tileset for my Game (Cretaceous Park TM) xD
Today at 12:55 AM •••