How Long Have YOU Been Using RPG Maker?

I've been around since Don Miguel translated RM95 and was in the process of translating RM2K. That was a spiffy time.

I left the community with XP. Honestly, I wish I never had.

But I'm back now, baby! And while the gaming industry and the RM community has changed, I'm still glad to be back. 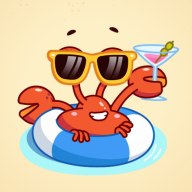 Started during the summer of 2010, my father bought me VX. I played around a bit with it and had a lot of fun with a close friend. We finished our first game together and made other people we know play it, but we never released it (we were still kids).

Then we decided to switch to XP at the end of 2011 and continued playing around... until VXA came out and we again switched engines to VXA (came out sometime in 2012 I think). My close friend moved out and we weren't as close as we were before, so we stopped doing game dev together. He stopped gamedev completely while I continued (obviously).

I finished another small project in VXA after that (2013 I think? Not sure), but never released it because I was getting better and more serious with the software and learned how to code, and I felt that it wasn't a good game compared to what I was capable of doing.

After a while of practicing and learning coding (I was creating scripts of increasing difficulty to improve my skills, started with a simple menu and ended with a battle system), I decided it was time to start a serious project for public release. That was in early 2015, and I started working on the project in VXA. Then MV came out...

I moved to MV as soon as it was released and started to move my VXA serious project to MV, which took time, but eventually I did it... only to scrap the project 6 months later.

In 2016, I started developing another serious project for commercial release in MV, and I finished it last year and released it on Steam during the summer of 2019.

Today, I just started another serious project to release publicly in MV. Still in the early planning stage, but let's be honest, that's the best part of gamedev. Since my promotion as a moderator here and with law school taking more and more of my time, I don't have much time to work on that project, but I try to make some time to enjoy working on it sometimes.