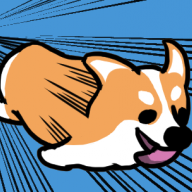 Hi there. I would like to implement a skill that can randomly chain one or more other skills right after it's been used. After some consideration (Explained in the bottom) I choose to use the function Game_Battler.forceAction, called from a phase tag provided by Yanfly skill core plugin.
Now the problem is: When I call this forceAction function once, it's working perfectly. But when I call it multiple times, only the first forceAction will work and somehow the subsequent calls are passed. I would like to know the reason and if there are any approaches to solve this problem.

PS:
Manipulation on Action Times is considered but rejected because the skills that can be chained has certain relation inside and not every skill can chain a skill.
Usage of Force Action operation in RMMV built in event panel is considered but rejected because the there are several skills that can be chained and it need to be randomly selected before the selection. And the built in panel only provides fixed skill execution.
You must log in or register to reply here.
Share:
Facebook Twitter Reddit Pinterest Tumblr WhatsApp Email Share Link

Kirri
Is this Profile Banner thing new? Or did I just discovered it now?
47 minutes ago •••