How to load and place a picture? 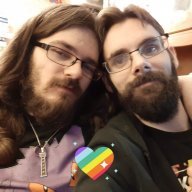 I have some images in a new folder I created in an original folder, each one with the exact name of an actor.

I can't figure out what I'm doing wrong in loading and placing the images and was wondering if someone might be able to tell me the proper way to do it?

This is what I'm added so far to try to load and place the images so far, and I can tell it's quite incorrect, based on the number of errors I keep seeing.


Code:
Code:
Code:
The images are 290x113 if that makes any difference, and I'm trying to place three of them on the Battle Screen in such a way that the Battle Status information will appear ontop of them.

I'm honestly not really sure what's going on in your code, but I can see that you're calling several function that aren't part of the core script and that you haven't detailed here, so either you're omitting code you've written, or you're trying to call functions that don't exist.

Did you define a function called loadBust in ImageManager? Have you created a function for Window_BattleStatus called drawBust? I see one called "Bust" but drawBust and Bust would be two entirely different things.
You must log in or register to reply here.
Share:
Facebook Twitter Reddit Pinterest Tumblr WhatsApp Email Link