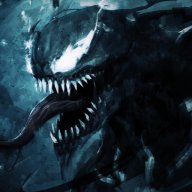 wondering how to make name creations for each of my classes like they do in pokemon... so the player has the ability to name the warrior, priest, archer, all whatever they want.

You would need to use Name Input to allow the player to give an unused/unnamed actor a name. Then a script call to change the class to that name. However, as class info comes from the database and is not saved with the player's game data, you would need a plugin to make that happen, and then to restore it when a game is loaded.

You would also need to give each player their own class, if you didn't want all actors with that class getting the same name because they changed it for one actor.

wondering how to make name creations for each of my classes like they do in pokemon... so the player has the ability to name the warrior, priest, archer, all whatever they want.
Click to expand...

...when you say "class," do you actually mean "class?" Or are you referring to the characters (or "actors") in your game?

Because what you're asking is to let the player rename "wizard" to "firefingers" and then everyone in the game with that class shows "firefingers" as their class. I suspect you're actually asking when you get a new party member you want to be able to rename that person from "Bob" to "Jimmy."

To use the comparison you mentioned to Pokémon, you're not renaming all Pikachu to Yellowblob, you're renaming the specific Pikachu you just got to Sparky. Right?

If that's what you meant, then as Shaz said you would use Name Input Processing on the third tab of event commands, and that's it. The rest of her answer about needing plugins is only true if you actually meant you want to rename classes, which is I suspect not what you meant.
You must log in or register to reply here.
Share:
Facebook Twitter Reddit Pinterest Tumblr WhatsApp Email Share Link