How to Make a Player-named Character a Boss?

I'm not sure if this is something that requires a script or if there's something else I can do that doesn't require scripting which is why I'm posting it here in the general support threads...but in my newest project, around the middle of the game, the player character, who can be custom named by the player early on in the game, leaves the team and eventually becomes a boss. Is anything special needed so that the PC's boss battle will still have his player-given name, regardless if it was the default or not?

For example, if I named the character (whose default name is Veroth) Bob, how can I fix it so that when you fight him it specifically says "Bob" as his name, instead of me naming him Bob, but still having him called "Veroth" in the fight?

I cannot think of anything as to what you want, but you can easily have that player state that they chose a new name to fit their current mindset as a justification.

Have you taken a look at this script? Yanfly Doppelganger

Edit just realized this was for vx (or xp which is what your profile says)...in which case the above script will most likely not work.
Last edited by a moderator: Dec 18, 2014

Yes, before we go any further, which engine ARE you using? Your profile says XP but you posted in the VX Support forum.

In Ace, I would use Modern Algebra's "Global Text Code" script to have the enemy name replaced by the actor text code.


A lot of Modern Algebra's Scripts have an older VX variant, but I don't know if the ATS/GTC-Variant for VX has the same properties - you have to check for that yourself, please compare

I am using the VX engine for this particular project.

What I meant, I guess, is that in the beginning of the game, after the first cutscene, the player is able to choose a name for the main character, they're not required to stick with the default name. Later in the storyline, the main character leaves the party and ends up becoming a boss, so what I'm trying to figure out, is whether or not it can be fixed so that when the boss encounter occurs, the character has the name that the player gave them instead of the default name.

I'm not sure, but is it possible to use the \n[1] code in the enemy name box?

Hotfirelegend said:
I'm not sure, but is it possible to use the \n[1] code in the enemy name box?
Click to expand...

I thought the same thing, and the answer is...yes and no. I tested it on an new project it said "Natalie emerged" and "Natalie took damage" but when you select targets it says \n[2] A.

Might just need a simple script to change that behavior though, but I'm not sure.
Last edited by a moderator: Dec 19, 2014

Yes, you need a script for that - that's what I said in my post above and gave links to a script that did exactly that for ace with a suggestion to check Modern Algebra's VX scripts, because a lot of his scripts had VX-Variants before he converted them to Ace.

Though, if you are adverse to using many scripts in a game, the solution I proffered earlier will work just as well with minimal messing around.

The \n[1] did kinda work...but like was said earlier, in the menu where you select the enemy to attack, it says "\n[1], The Last of the Dragons" so...I'm looking at that VXACE link, hoping I can find something useful.

EDIT: I added the script and went through it, unfortunately...still no luck. Kinda irritating that the \n[1] will work for the "{{Enemy Name Here}} emerged!" but during the enemy select screen when attacking it says \n[1] instead of the actor name. :/
Last edited by a moderator: Dec 19, 2014

I haven't worked with VX's version of Ruby (RGSS2) so I can't give you the exact syntax.  But if I wanted to do something like this in VX Ace, I would use the Script command on a page that runs on Turn 0 of the battle and type something like $game_troop.members[x].name = $game_actors[y].name where x is the position in the troop of the enemy whose name you want to change (from 0 to 7) and y is the ID of the actor in the database whose current (player-given) name you are trying to copy.  Hopefully this can give you a good idea of where to start.

That might work, now I just have to figure out how to convert that into RPG VX. 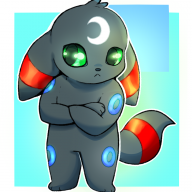 Would it be possible to simply have that character take on a new name when he leaves and turns into a boss, and then after the fight they find out it was really the character? It would make this process easier but if that's not what you're going for then I apologize.

I mean, for example, when the game starts, the player is given an option to name the 1st Actor (with a default name of Veroth).

Throughout the game, dialogue refers to the main character as "\n[1]" which, obviously, inserts the player's chosen name when referring to the hero. Around the midpoint of the game, the main character, actor 1, becomes a boss, I tried using the "\n[1]" trick for the enemy's name to let the player know they're fighting the hero, (so I named the enemy "\n[1], The Last of the Dragons").

Unfortunately, when I do it, the battle dialogue says this, (I'm going to use "Bob" in place of Veroth's name, saying as if the player named the first actor "Bob" instead of using the default name):

"Bob, The Last of the Dragons has emerged!"

But in the dialogue box that explains who the enemy is (where the player would choose which enemy to attack if it were a multi-enemy battle), it says:

Does that make sense? It's kinda hard to describe...


Code:
so like if the enemy that is the last dragon is enemy number 99, you just change ID_OF_ACTOR_ENEMY to 99 and theoretically, during the battle, the game would show actor 1's name adding the suffix, ", The Last of the Dragons" in it's place rather than the name you define in the database...
Last edited by a moderator: Feb 1, 2015

Thanks, where would I insert this snippet of code?

just make a new blank script in your script editor below materials... and possibly below any custom battle engine just to be sure

It works! Thanks a lot. 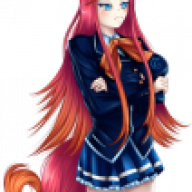 Here's an idea....remove the actor from the party, and create an enemy with the same name(Make sure you name the trope this as well!) and a battler image of that actor....then it's just a matter of manipulating the field sprite of that character accordingly.

Especially in VX Ace and other stuff.

the text command to display an actor's name will work regardless of if they're an enemy or on your side this way. It's far easier (though more tedious in the long run) to just type the character's names out anyway.
Last edited by a moderator: Mar 27, 2015
You must log in or register to reply here.
Share:
Facebook Twitter Reddit Pinterest Tumblr WhatsApp Email Share Link

RivalRamen_Games jacobv1014 RivalRamen_Games wrote on jacobv1014's profile.
I really like your profile picture! Who is that in it? is she an OC?
9 minutes ago •••
DawoleQ
Making his first game
Today at 7:40 PM •••