How to make a weapon change into a different weapon when a certain armor is equipped? 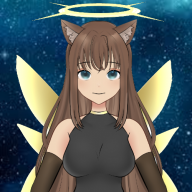 Hello. So in my game you can obtain various weapons exclusive to certain characters around 60% though. These weapons are decently strong, but not game-breaking or even close to the strongest. However, upon obtaining one of many optional late-game accessories that are exclusive to each character, when that accessory and that character's exclusive weapon are both equipped their exclusive weapon would change into a much stronger version, the strongest weapons in the game. Does anyone have a plugin for this? Or can it all be done in-engine? Thanks.

depends, if you unequip one of those, will it return to the weaker weapon again?
or does it stays the same?

you can event it, but mostly take effect when menu is closed, visible when re-open it.
but it require parallels events to check if the player has equiped those items.

a plugin would be better, but it require some more details on those weapons and armors
and probably checks or a structs which armor is equiped and what to change.

there are some Equip Sets, when equiped, a bonus is added, it might be similair
to adding bonus stats, to change a weapon in this way.

but I dont think a plugin exist in the way you want it to be.

Yes. If you unequip one the weapon goes back to it's weaker form. An actor must have both the weapon and the accessory equipped in order to have the weapon at it's full power. If this is possible to be evented, how exactly am I supposed to event this? To my knowledge there isn't an option in conditional branches to check if an actor is currently equipped with a certain piece of equipment, and even so I'm not really sure how you would be able to event a weapon turning into another weapon without plugins.

Imagine you (as Miner) Sleep in the Cave,the other side is a Bunch of Golds,how d'you feel?
29 minutes ago •••