How to make an actor be active in party but not in battle? 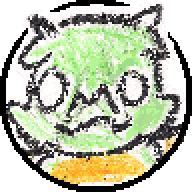 I'm in a situation here I want an actor following the first actor but not showing up in battle, since all their actions in battle are dealt with common events. If I was comparing it to something it would be like how temporary characters work in the Earthbound/Mother series where they follow the party leader but don't show up in battle.
Any help is very much appreciated!

The party members that don't show up in battle, is there a chance in your game you won't even meet that character or is it guaranteed they'll be in your party?

If yes to first one, read below. If yes to second one, skip to the one after that. If yes to both, read both.

Name that extra one switch something and name the rest after the actor its supposed to represent. In the image below, I called it "Battle Check." You will notice I checked if actor was already in party and then I turned on a switch whose name is identical to the one being removed. The switches don't have to be named that, but it is highly recommended.

You will notice in the 2nd half, I checked for the switch. And you also see I turned the switch off after the party member. You'll want that. For example, if I had Lana leave the field permanently without turning the switch off, then she'll just come back next time this common event is called.

Most of all, this common event must be called before and after a battle processing. Doing it before will do the top half (as Battle Check should be off) and then after battle, it'll do the bottom half (as Battle Check should be on). And as you see, the bottom half turns it off at the end and the top half turns it on at the end.

If no
One idea is to remove them before battle processing (using Change Party Member event method) and then add them back in afterwards (doing the same thing). Best to put this in a common event so you aren't copy/pasting the events within everytime. Look at the picture above and take away all switches EXCEPT for Battle Check.

If you need help, I can show you how to do that.

I really appreciate the help! But I'm not sure what you mean

(I answered yes to the second option) how would I go about doing that before a random battle initiates?

Okay never mind, I tried figuring this out in some other ways and found a solution using one switch for each character. And the game removes or adds an actor using a conditional branch of

and having the characters actions and the checks as separate common events that get checked in battle eventing.