How to make an NPC move with the Player? 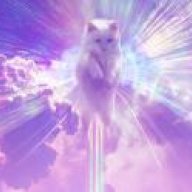 I've tried several things but I can't get it to work quite the way I want it to. Here's what I've done so far:

I've been playing around with the setting and I'm not sure why this isn't working. Is it possible and I'm just going about it the wrong way? Any and all help on the matter would be appreciated.

bgillisp
2 huge market drops in 2 days. So glad I sold my non-dividend stocks about 2 weeks ago. And if the dividend ones drop heavily, hey more cheap stocks for me!
32 minutes ago •••