How to make MACK size characters for VX Ace 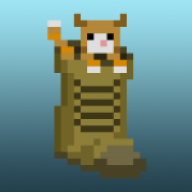 I don't like chibi characters in RPG Maker VX Ace, and I know it's not the fault of the makers that they aren't able to make awesome characters (it's a horrible feeling u..u) so one dayI found a character generator for XP characters (which are MACK) and I was like OMG oAo, but the problem was that they were for XP and so I found also a program which can change character sprites from XP to VX, so my job now is to teach all of those who want to do this method.

Ok, so first of all, you'll have to go to the site: http://www.geocities.jp/kurororo4/looseleaf/ (not my site) and there you will have something like this:


[IMG]http://i.imgur.com/KyjQtOu.jpg[/IMG]
I recommend people a lot to let google auto translate for you so that you can kind of understand how to work with it. After opening the site, you should go to the 2 character sprites on the left top corner and there you can toy with the hairstyes, clothes, etc

After you finish whatever character you made, we go to the next step (which might be the tricky part for some). After making the character(s), use the command Print Screen (don't ask me how to use it, each laptop is unique) and then, paste the image in an image editor of your trust (in my case, I'll use Photoshop). After pasting the image, select the character you want to cut like this and paste it in a new layer with the size 128x192 (you might have to zoom in a lot):

Then you paste it:

[IMG]http://i.imgur.com/u5R9rjQ.png[/IMG]
After doing that in such a pro way, you'll have to erase the background (in my case I use the magic eraser) and ignore how ugly they might look (example):


[IMG]http://i.imgur.com/fpUOk3S.png[/IMG]
After you do that, save it as a .png file and then we go to the following link and download the program: http://www.rpgmakervx.net/index.php?showtopic=8615&hl=convert

After you download the program, put the sprite you just edited on the Input folder, then run the Converter exe.(the one with the unicorn *-*), and your VX sprite will be in the output folder.

Hope you guys understand the post and I'll be here to help answering any doubts \^O^/
Last edited by a moderator: May 29, 2013

One of the images is missing, please add that in. Otherwise, 'w')b 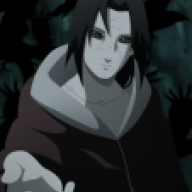 Hey, that´s really nice, very nice sprite maker there, thanks for the tutorial, I´m sure that really nice edit could be done to those sprite. Good info, thanks.

Fixed the missing image ;3. Hope that people who have problems with the RTP style will check this.

Two thoughts for you:


For one thing, there is a difference between Mack style sprites and XP sprites.


And for another, if you are gonna paste an image in a file anyways, why not just make the file the right size for the three view wide style (like vx) in the first place and skip the step of using Woratana's converter entirely?

@GrandmaDeb I don't know about the difference between XP and Mack, so if you could tell me that would be great, and also the Woratana's step is for those that may have problems getting the right sizes when editing the picture. Of course, if you know how then you can completely skip that step :3

For the latest and greatest on this list visit here:

Basically (if I am understanding correctly!) Mack created a sprite style with the same head size as a Chibi char but the same height as an XP char, and adjusted the overall body shape to be a little fuller to match. So XP sprites are leaner and their faces are slimmer than Mack-style sprites.
Last edited by a moderator: Aug 7, 2013

Why is the file in the output folder blank? Mine is blank when I open it. Why's that?

Oh, wait. Nevermind, I got it. Thanks! And awesome converter!
Last edited by a moderator: Jul 9, 2013 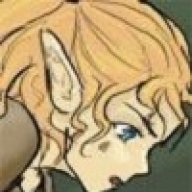 Is there a MACK style generator for creating children or dwarf sized sprites? I really like that generator and the style of those sprites. I wouldnt want to have to use generic ace created sprites for children to make them smaller... 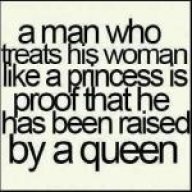 Alright, here is the issue that I'm having:

I've been using a regular VC Ace char, but now that I do these steps and create an XP Style Char, I CANNOT use it properly, UNLESS there is a dollar symbol before the file name "$Blablabla".

When I take away the "$" it has a bug as I try to select the char set in the Maker. It will only allow me to select a tiny portion of the char.

That dollar sign occurs after the conversation with the tool.

You DO need a $ at the start of the file name, if the character sheet is only big enough for a single character.


This is not a bug - this is the standard treatment of Ace (and VX) character files. XP ALWAYS had only a single character per character sheet, so there was never any need for a $.

Shaz said:
You DO need a $ at the start of the file name, if the character sheet is only big enough for a single character.

This is not a bug - this is the standard treatment of Ace (and VX) character files. XP ALWAYS had only a single character per character sheet, so there was never any need for a $.
Click to expand...

Thank you very much for informing me! I was not aware of that

It's a bit hard to find, but if you go to the help file (F1 in the editor) and look under Contents > RPG Maker VX Ace > Reference Material > Resource Standards > Graphic Resources, there's quite a bit of interesting reading about the format and handling of all the different types of graphics. The $ is explained there (and so is the ! which means NOT to move the sprite up a few pixels, which is the default - for things like doors that need to line up with the map tiles).

Hey ive tred it over and over i do the eact demesions and everything but it still wont convert my mack sprites.

im probably overlooking something but i still need some help please

Could you give some more details?  It is very difficult to offer help if we don't know what the exact problem is.

ksjp17 said:
Could you give some more details?  It is very difficult to offer help if we don't know what the exact problem is.
Click to expand...

ok so i put it in the input folder and it only converts the one sprite sheet that comes with the program itself. for some reason it will only convert that sprite sheet if i try to rezize mine it looks really funny

Can you post a screen shot of the sprite sheet that you want to convert.  It may be that there is a problem with it.

Also, are you sure that your sprite sheet that you want to convert is an XP sized one?  If it's not, then I think the converter won't really work.

ksjp17 said:
Can you post a screen shot of the sprite sheet that you want to convert.  It may be that there is a problem with it.

Also, are you sure that your sprite sheet that you want to convert is an XP sized one?  If it's not, then I think the converter won't really work.
Click to expand...

oh? i ment for mack size characters they look a ton like xp 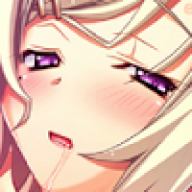 Hello l keep getting this problem any idea as to why?

It is like the pictures are being clipped off or something.