How to make screen shake continuously?

As part of my project, there's going to be a character riding inside a wagon. In order to convey the sense of motion, I wanted to make it so the screen shakes at a very low frequency. The problem is, I've been running into problems getting it to continue shaking while other things happen at the same time and getting it to stop after a set command (rather than having it run for a certain period of time).

I intially tried using loops, but that doesn't work as commands won't move on until the loop is finished, thus negating the point for a loop. Does anyone have any suggestions as to how this could be accomplished?

Try if the effects in the following script will help you: 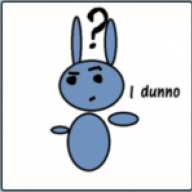 What commands are you using that should be in the same event as the loop?

Andar said:
Try if the effects in the following script will help you:

That's a really cool script and I gave it a try, but the only command that even comes close to it would be waving the screen, and that's not quite what I want.


sock said:
What commands are you using that should be in the same event as the loop?
Click to expand...

Shake screen. I want to have it continue to loop (so I don't have to set a particular time for it so it'll just loop back once it reaches the end) but I also need some other commands (in this case, dialogue) to continue to go on as the screen shakes. 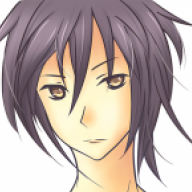 My burden is solely mine and of no one else.

Maybe you could try making a parallel event (not sure how to call it...) that loops the shaking action while the main event still runs the dialogues. When you want the carriage to stop rocking, you could use a switch to turn off the parallel event.

*Edit* I tried it out and it worked, but the file is too big for me to attach here.

Well yes... Make what ever dialogue you want as a separate event, whilst the shake event is set to loop and parallel.

To stop the shake on command. Firstly create a switch that will call the shake to stop. Then create a new event page on the shake event and set it so its empty with the 'when switch is turned to ..." And set it to ON! (You will find this option to the left on the event page) Then, simply place the control switch in what ever other event you are using to stop the shake. This separate event will have to be player touch. (Or something to this effect)

This should work. Note: Your dialogue shouldn't be in the same event as the looping shake. Because (as you've discovered) it wont work.


Inside the loop, add the shake command, along with a Wait for X Frames (however long it should take for the shake to happen), as you don't want to launch a screen shake on every single frame.

Thank you! You guys are awesome--- this works perfectly! I'm still a bit of a newbie and I hadn't used parallel events before. I knew there HAD to be a way to do it within the program somewhere, thanks for showing me how! Also thanks a ton for the pictures Lightleaf. The dialogue you had there gave me a laugh.