How to prevent "Conditional Branch; If Button Pressed" from just being held down? 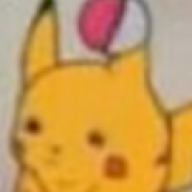 I'm creating a battle system for my game and there's about a 15 frame window for you to land a powerful attack by pressing the down key (Probably going to change, but that's what it is for now)
It's all working perfectly fine EXCEPT for this small little tidbit, which kind of ruins the whole "action command" point. If I just hold down the "down" key, it does the same thing as timing it.
Is there a script or something I'd need instead of this? It would also be hard to fit in some more code, since the battle code is already very jam-packed with stuff already..
I can probably solve this with a ton of tinkering around but so far, nothing.

TL;DR: Conditional Branch, If button (Down in my case) held down, does the same thing as successfuly timing an attack in my "battle system" and how do I prevent

Can't you just add a buffer zone around those 15 frames, where the check always fails if the button is pressed? Like, if from when the attack starts you have:

Set the check to failed if the button is pressed during the X or Y frames. Only set it to succeeded during the middle 15 frames if it wasn't already set to failed. It would only ever pass if the player pressed the button during those 15 frames without pressing it too early or too late.

Well, uh, how do I have that be active during a move route..? It's made via events.

EDIT this is Ace, I can't remember if the solution is the same as MV. I lost my ACE product key and have emailed them a while back with no luck. Sorry ><

one way to do this would be to use a switch to detect changes.
Basically when the button is pressed, the switch is switched ON - and then all further loops skip the effect of button pressed, requiring the button to be released to reset the switch.

If done correctly only the first frame of button pressed will count.

Andar said:
one way to do this would be to use a switch to detect changes.
Basically when the button is pressed, the switch is switched ON - and then all further loops skip the effect of button pressed, requiring the button to be released to reset the switch.

If done correctly only the first frame of button pressed will count.
Click to expand...

Holy cow! I tried this for a bit to no avail, getting frustrated, then I changed one little thing;
Boom. Works perfectly.
I did it a bit differently, though..
This event of the battle itself is stuffed tight with tons of events, so I had to make a separate one.
Parallel process, If down, wait 20 frames (since 15 frame window) then set "attack failed" to ON. after 300 frames, set attack failed to OFF. If it's on between then, make a route that moves the player back as if they failed it.
Thanks, everyone that helped!
I'll update this if something goes wrong again, but probably not.


HexMozart88 said:
The way I'd do it would be to just do
Conditional Branch: Input.trigger?( :C)
Conditional Branch: timer variable is less than 15
Input.trigger? Checks if the button is pressed and not held.
Edit: Oops. It auto-corrected part of that to smiley face. I put a bit of a space there so that it doesn't but you can take it out after.
Click to expand...

That could've worked, but I already solved it. Thanks, though!

Julian Brooks Hudell Julian Brooks wrote on Hudell's profile.
Hi, I'm trying to use the Orange Mapshot plugin on Mac, but it isn't working. Could you assist? I'm attempting to do Parallax Mapping. Thanks.
Today at 5:00 PM •••

Lars Ulrika
I can't believe my dlc flopped that hard. It's depressing. I'm a fricking failure at being a musician.
Today at 4:59 PM •••

standardplayer
Person: "Taxes are bs and money is, too! Anarchy!!" *Literally anything goes wrong* Same Person: "Why hasn't the government fixed this???"
Today at 1:15 PM •••