How would you update Final Fantasy VIII's Junction System? 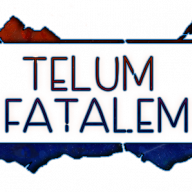 Hi all, an interesting point a mate and I were discussing.

So Final Fantasy 8 is not getting re-released on the Nintendo Switch alongside 7, 9, 10, 12, and so on. So far, one of the only current ways you can (legally) get your hands on it is through Steam or PS Classics for the PlayStation 3. This kills me, because for all of its flaws, I really enjoy the story, the characters, and especially, ESPECIALLY the music (which, incidentally, is probably one of the reasons it's hard to port, thanks to Eyes on Me).

So, really, one of the few ways I can see it returning is for it to get the remake treatment. Though they are very different, much smaller games, the N.Sane and Reignited Trilogies show that there's a market for ground-up remasters of classic PS1 titles that are in need of an update.

However, putting aside the fact that Squeenix's remake schedule has been, shall we say, sloppy, there's also the matter of the Junction system. Even fans of the series and the game tend to agree that it's a great idea "in concept", but one that's implemented poorly, and one that mysteriously replaces level grinding with a whole new, more tedious function that then prevents players from utilising a whole aspect of the battle system for fear of nerfing their characters in real time. And yes, you could posit that this grants a sense of risk vs reward, but I would argue it instead railroads people into either breaking the game, or being underpowered.

The big problem is, as any fan of Final Fantasy VIII will tell you, the Junction system is inextricably linked to the story. So it's not as simple as taking it out, and would actually do a disservice to the game and its themes. So instead of "fixing" the Junction system, I ask you, if Final Fantasy VIII were to be remade to appeal to a modern audience, what could be done to the Junction System to make it more palatable, balanced, and less reliant on the Draw mechanic, which has you having to constantly refill your charges, 1-9 charges at a time?

MY SUGGESTIONS:
These would work in tandem:
1. Drawn Charges and Spellcasting would use different charges. Instead of using up the charges on your equipped spells, the number of magicks you've drawn would dictate how many charges you had of a particular spell, either per battle, or until you healed up at a save point. This would mean, essentially, for every 10 Cures you'd drawn, that character permanently had access to 1 Cure in battle. This would cap at 100, as per the original (meaning 10 Cures per battle), but you could then augment it. GFs could gain abilities that was like Charge x 1.5 or Charge x 2, meaning anyone you wanted to use as your "Mage" could benefit from having 15 or 20 Cures available, at the cost of having to give up a slot for a different ability.

2. Drawing. Honestly, in this day and age, this 1-9 at a time chance would quickly become tedious and monotonous. It brings the flow of battle to a halt, as you instead are forced to focus on drawing for EVERY CHARACTER and then hoarding those spells. Honestly, it's this pace that brings the game grinding to a halt. However, it doesn't have to be like this. Instead of a command that draws them in bulk, why not have the Draw command choose which spell you want that character to draw, and then hold down or toggle a button (say, L3 for Party Member 1, R3 for Party Member 2, and, I dunno, Square for Party Member 3). A gauge would fill, and every time it filled, you gain 1 charge. This filling would also stop your ATB bar from filling, meaning that you would have to make the decision to either have this person draw, or take their next move. Meanwhile, your enemy would continue taking their move, meaning that you can't be drawing forever.

You could add all sorts of stuff from here!
Like, let's say... as a spell got higher and higher in charge, the wait would get longer and longer. Let's say, 1 charge takes one second. The next charge takes 2 seconds, the next, 3 seconds. But it would pause, so if you were to continue drawing, it would keep going from where you left off, almost like experience points for the spell. This could carry over into other fights, so if you were to, say, draw from one enemy and it got killed, but then you found it again, you could draw the same spell.


But that's only one brain thinking! I'd love to hear people's thoughts on either my suggestion or thoughts they themselves have had about it! Is a game system really broken, or just in need of a couple of tweaks?

PS: I don't know if this sort of discussion would be better suited to the Game Mechanics board, but considering it's an already made game, and it's all stipulation, so is this more of a general discussion? If a mod feels different, feel free to push it across.

I do not dislike your idea on the junction, that could work nicely.

As far as the draw command goes, I hated it, with a passion, almost ruined the game for me. I'd like to see something more along the lines of this:

Draw attacks, you sacrifice power to also draw spells from the enemy when you hit them, kind of like how an hp drain attack tends to do less damage than most other attacks. I think this would allow the battle to flow smoothly and still gain charges for your characters.

RetroExcellent said:
Draw attacks, you sacrifice power to also draw spells from the enemy when you hit them, kind of like how an hp drain attack tends to do less damage than most other attacks. I think this would allow the battle to flow smoothly and still gain charges for your characters.
Click to expand...

So you can choose to do full-power attacks, or, say, by pressing right on the attack command, you go to the Draw option, and it does, like half damage.

Would you still have random amounts for the draw, that usual 1-9 amount? Or do you feel like the player might feel cheated if they do half damage but only get one draw? Could it scale to damage?

So you can choose to do full-power attacks, or, say, by pressing right on the attack command, you go to the Draw option, and it does, like half damage.

Would you still have random amounts for the draw, that usual 1-9 amount? Or do you feel like the player might feel cheated if they do half damage but only get one draw? Could it scale to damage?
Click to expand...

I think it could be based on damage, but have a cap, though the cap would be different for different level of spells. A maxed character dealing 9999 damage should be able to draw 50 blizzards with that, but maybe only up to 10 blizzagas.

RetroExcellent said:
I think it could be based on damage, but have a cap, though the cap would be different for different level of spells. A maxed character dealing 9999 damage should be able to draw 50 blizzards with that, but maybe only up to 10 blizzagas.
Click to expand...

I like that! But a thought I just had, what if there were spells a player still wanted to draw from it, or a GF? Wouldn't the damage now linked to the draw skill mean that you could accidentally kill it? Or is that a necessary risk, do you feel?

I'd almost be tempted to have yours as an optional skill, like, "if you wanted to draw IN BULK, then use this skill! But it also means you can't draw ad infinitum!"

Honestly, I always felt the drawing of GF was a bad choice anyway. You should never be able to permanently miss something so key to gameplay mechanics, even option GF could still be gotten later. If you killed something before you got enough of a spell, you'd have to find another with that spell.