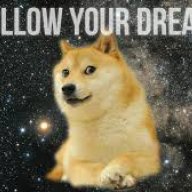 I'm my game there's this part where you can only use a special when you have exactly 1 HP left. I also have this passive skill that you can survive a life-threatening blow with 1 health left. Can anyone tell me a way to make the passive and the 1 HP spell?

edit: sorry sorry! wrong thread. Q_Q I should really be more careful where I'm posting apologies.
Last edited by a moderator: May 3, 2016

There are multiple ways to approach this, and attempting to event it would probably be the most cumbersome. For a skill that can only be used with 1 HP remaining, I personally would use Yanfly's Skill Restrictions script and notetag the skill with something like...


Code:
As for a passive state that keeps the player alive, I've already done this using three or four different methods. One requires a unified damage formula that I wrote a tutorial for a while back (its in my signature, but the examples were broken by the website update), another is a script which directly addresses the issue, however, it isn't user-friendly, and there's already similar scripts out there I believe. I'll make it a public release when I get home if need be.
Last edited by a moderator: May 3, 2016

Yanfly's posted a tips and tricks video on how to make a state that lets you survive with exactly 1 HP left, and removes the state too (so you can still be killed). You'll need their Buff and States Core to pull it off though. Find Yanfly's thread, then go over to her website, and select tips and tricks. It should be there.

Thanks! I'll be sure to try these out!

Is there a way to do this without using a script? If so then please tell me! (By no script I mean taht you can still edit the initial script but you can't add scripts)

No. You'll need Yanfly's script + the notetags provided by them in their videos to do this. I don't know of any other way to do it.


You'll need lunatic states and all the scripts that lunatic states depends on, and it will require some Ruby knowledge to pull it off I'm afraid (and I don't know the code for it, though I do see that Yanfly has a persist state in those scripts that might do what you want. The special attack, no idea. May have to script it in).
You must log in or register to reply here.
Share:
Facebook Twitter Reddit Pinterest Tumblr WhatsApp Email Link

MushroomCake28
Just finished my midterms! Freedom! Alright, back to gamedev!
5 minutes ago •••

LunarFlareStudios
I confirmed my train ticket yesterday. I'll be heading to Orlando on the 29th... last time I went, I found this little treasure!