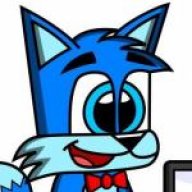 
Long time ago, Hyper defeated Evil Flippy with Phazon Beam and All Phazon are gone for good.
One generation later, The two alien named Omo and Nue landing on Mystic Meadow to seek the Great Sorcery aka Hypzon.
Omo and Nue are the Orgaragus Bros. Hyper and his friends going adventure to Mystic Forest, but suddenly Hyper is seen by Omo and Nue, The Orgaragus Bros are not happy to see him and his friends and gonna to capture them, so Hyper and Friends run away from The Orgaragus Bros then ride hot air balloon to travel to the road of Magus Forest.
Who will become a Hypzon Warrior?


Update: I fixed the game.


Danny the Dog (C) CherryFungi on deviantART, Used with Permission


Rachel the Raccoon (C) ComedyEstudios on deviantART, Used with Permission
Last edited by a moderator: Mar 20, 2016

I tried to play your game, but it kept crashing due to missing audio and images.  I put some of the sounds and images in so I could try to play it, but I couldn't bring myself to keep playing after it crashed so many times.  The part of the game I did play left me very confused.  I didn't know who the main characters were, and I'm still not sure why I was looking for asparagus.  Your maps were too big and empty, it would have been a lot more interesting to look at them if they are either smaller or more detailed.


The black ball puzzle would have been really interesting, except that it was just repeating the same moves for each row.  Making the puzzle smaller and then adding more complicated puzzles later would have be nice.  I couldn't test the battles, since it crashed every time.  I think your game would benefit from you taking some time and playing it as if you had never met the characters and had never played the game before, so you can see where a new player would be lost.  Keep working on it and I'm sure you'll improve.


These are the errors I found:

Oh right, Thanks for advice.