So I was trying to do a little stealth section. Nothing to fancy, simply check if an enemy can "see" the player and then have them chase the player. My first bet was YEP.20 – Event Chase Player combined with YEP.79 – Event Chase Stealth.
However YEP.79 is apparently bugged and does not work as advertised. I also gave MV Event Detectors a try, but this one also did not work. Most likely due to some engine update.

So does anyone have a functional plugin that can:
-Check if the player is in a 180 degree cone in front of an event.
-Have the event chase after the player.
-Return back to its original state after some time.
-Include some sort of line of sight check to allow for obstacles to block the events vision.

Alternatively if some one has a workaround for including line of sight in to YEP.20, that would work as well.
There is this plugin that adds a line of sight based on passability of terrain to YEP.20, but limits the vision of the event to a straight line in front of it for some reason. Would it be possible to some how include that sight blocking functionality without the changes to the vision cone?

Thanks in advance to anyone taking the time to look at this. 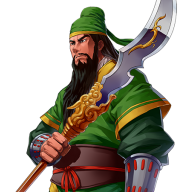 Maybe moghunter can help you: