I messed up the save file

Help! It just problem after problem!

I used to use script call to make the game save and load instantly :

Code:
And it worked well with no issue, at least back then... I don't know what changes in new update, but now the code messed up the save file somehow. I found a thread mentioning that it might because of parallel process. Well, I do work a lot of parallel process event, so I remove the code. Now when I start the game, it throws a SintaxError : Unexpected end of input only at the map where I once put those code. There's no error when I put the code back though. Again, I look up a thread and find that the save file might have been already corrupted and I need to replace both config and global save files with a new one generated from new project. I tried using one from another project, but no change. Now another problem appears... I cannot create a new project! When I tried to create new project, it's not responding in middle of copying files, then finally throws an error Failed to create new project. Yes, AGAIN I look up a thread with similar problem that mention it might have something to do with the filename or directory, but I don't think that's the issue. I have RMMV already reinstalled, but it doesn't help.

Summarizing all my problem :
1. I need a way (script call) for quick, invisible load / save. The code above still works just fine.
2. I think my save file is corrupted. What should I do? Turns out it's my MV that is corrupted
3. I cannot create new project. One of my new data file is damaged.
Last edited: Nov 2, 2017

Just to make sure that I understood well, you are trying to load a save that had been made prior to a change in the engine?
If so, that's to be expected. Changes made to a game (not to mention to the engine itself) is likely to mess your previous saves because the data structure changed. Until your game is finalized, saves are not to be trusted to be fully functional.
But if it doesn't work anymore with a new save, then there's a problem.

As to "failed to create a New project", that means that either the target directory is restricted or the HDD is full or some of the New data files have been damaged.

Sweet~ One of my new data files, img/battlebacks1/InBody.png IS damaged. I just replaced the file and it works!

Now that I can create new project, I tried replacing the save file with new generated one. The new one don't have config.rpgsave tho... I replaced only the global.rpgsave and it doesn't seem to work...

Most changes to Plugins or engine make older savefiles incompatible, and the only way to make them compatible again is to remove the changes.
But that is not what you want to do, because those changes are usually intentional to further the game.

So the regular solution is to forget about the older savefiles and delete them, starting a new game and play your game again from the beginning for further playtests.

Edit:
I'm talking about "new game", the button in the game title screen, and not about a new project. You can not copy savefiles between different projects.
Last edited: Nov 1, 2017

Sorry for late reply. My internet has been unstable lately.
After further inspection, it seems the project itself is corrupted. I tried to recreate the problem by new project. Yes, it throws error whenever I tried to load a save on that map, BUT there's no issue when I use MV from my friend's PC. I reinstalled MV from my computer again, and yet some file got corrupted again. By this point, I think I can assume that the core problem is just my PC, maybe my unstable internet or virus causes my MV to get corrupted. I replaced the corrupted map data with a clean one and continue my project on my friend's PC until I get my internet fixed.

BloodletterQ
So I have a lighter work schedule next week. Is that a sign to move on to MZ?
41 minutes ago •••

cthulhusquid
I got a new rpg idea yesterday, titled "The Hero We Summoned to Save Us is a War Criminal from our Past?!"
49 minutes ago ••• 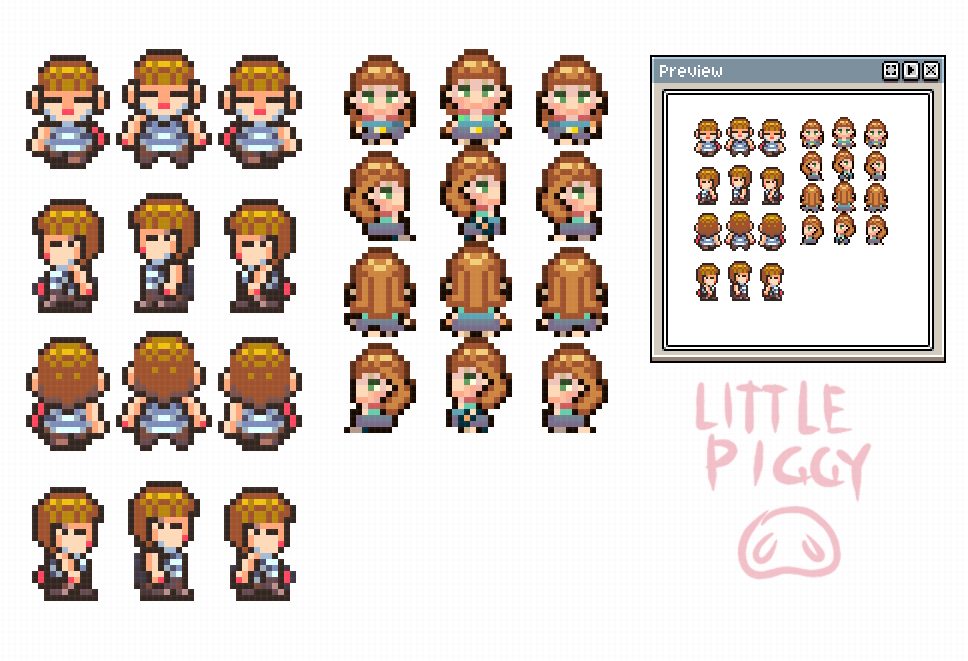