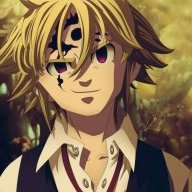 As the title suggests, I am trying to make an NPC that gives players a quest based on their lead actor's level. I have the game
set that the first character is naturally a slightly higher level than the rest, and I would like to set the event to respond to that. I need a little bit more complication as I want said NPC to give a new quests for every X amount of levels, for example, at level 5 he'd give a quest, then until level 10 he would just say something like "I don't have any work for you". I have searched everywhere and I've found answers for Rpg Maker VX but I don't have that version, nor do I want it. I don't know if what I'm trying to do is even possible, one forum suggested using a variable control but I don't see how that would respond to the actor's level. Could someone give me any ideas? I've searched here and google, maybe I'm not searching for the right thing, but that's why I came here.

Oh and I am using RPG Maker MV.

Resource requests is when you want art or music made

If it is a particular actor, Control Variables > Game Data > Actor 1's Level to put the level into a variable, then do a conditional branch to see what the variable is.

If it's the party leader, you might be able to do the same thing, but instead of choosing Actor 1, see if it lets you choose Party Member 1's level (I don't have MV with me so I can't look at what's available on that screen).

What happens if the player gets a quest at level 5, then gains enough levels that several quests are skipped? Are those just not available anymore?

Shaz said:
Resource requests is when you want art or music made

If it is a particular actor, Control Variables > Game Data > Actor 1's Level to put the level into a variable, then do a conditional branch to see what the variable is.


What happens if the player gets a quest at level 5, then gains enough levels that several quests are skipped? Are those just not available anymore?
Click to expand...

I have disabled the formation, but yes regardless it is actor 1.

No, it wouldn't be skipped, the quest would cause the activation of a switch that would set the NPC up for the next quest, but until the player gets to the next required level they wouldn't be able to get said quest. It's basically just a combination of the control variables you suggested(that did work, thanks a lot) and control switches.
Basically even if the player is level 15 they will have to complete the first one in order to
get the next quest, that part I'm sure I can handle since I'm a control switch junkie.

Hey actually I got it to work, turns out I was using the wrong part of the conditional branch. Thank!!

The Stranger
OMG! There's a rat themed Steam profile wallpaper for 5k lunar tokens. I want it so badly!
45 minutes ago •••

MrKiwi leveled up!
MrKiwi learned how to save his kitty!
Today at 1:27 PM •••