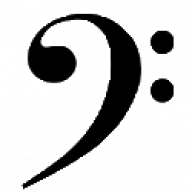 Thank you for your response and update.

I'm sorry to take your time because of my lack of experience but I still have a few questions.

If I use 'Plus Eval' parameter in the plugin it's a global setting on all my classes that will apply.

I would like to have specific parameters for each of my classes.

In the help file, if I understood correctly I have to use <NPARAM: NParam Base Grow HGrow Cap> in the class notetag.

However I'm a bit lost for the calculation I have to do.

With the Yanfly plugin my calculations look like this:

With your plugin I don't know what and how to put to have the same result. 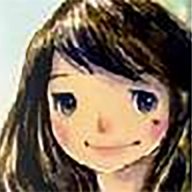 ICF-Soft said:
It's a bit weird. There is a bug that I have to find.

EDIT: Found it and reuploaded plugin.
Click to expand...

It works now! Thank you so much!
If an attack affects multiple cparams is it possible to make all affected numbers appear? At the moment it seems to only show the first affected cparam.

@Destra47
Currently not. MV by default only shows one thing but shows all in battle log.

Thank you very much 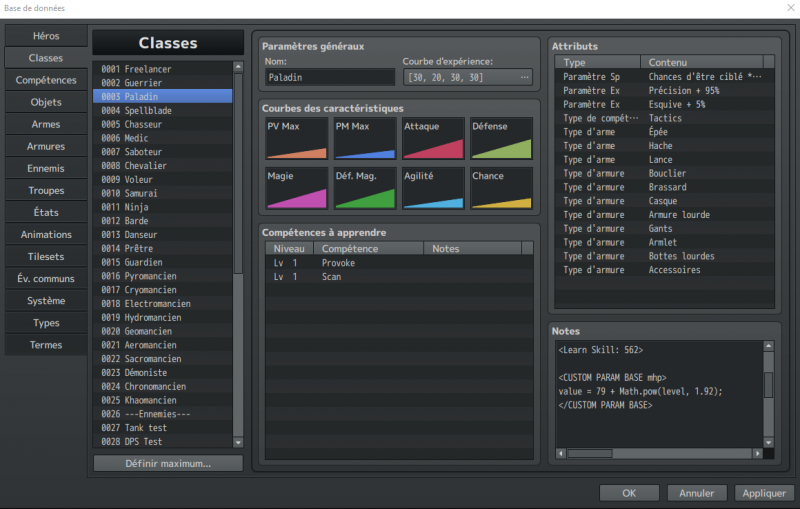 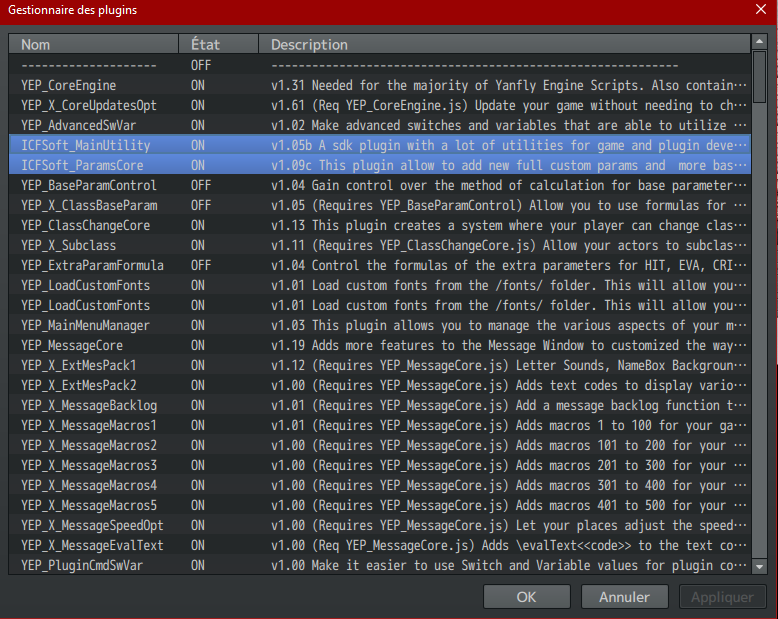 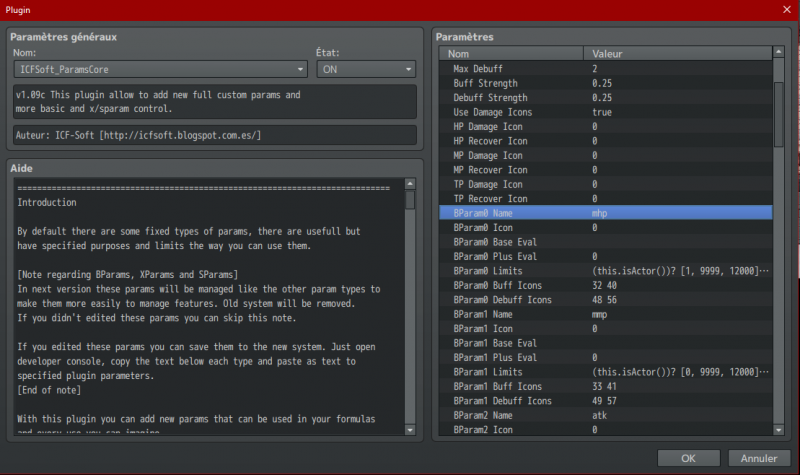 ICF-Soft said:
@Destra47
Currently not. MV by default only shows one thing but shows all in battle log.
Click to expand...

Is it possible to call the actual code that the RECOVER CPARAM notetag triggers?
Yanfly's action sequences seems to allow an "eval" command. So in theory if I use that to call each cparam recovery then wait a few frames it should display them all. 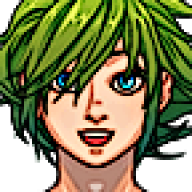 ICF-Soft said:
I saw the bug but the solution is a bit different. This bug only affects obj.customNParam and obj.customCParam because I forget a step that allow the use of higher indexes.
I'll prepare version 1.09c
Click to expand...

I installed version 1.09c and I still have the same problem with it ignoring the custom nparam base notetags for any beyond the first 30, unless I manually add additional '' to the obj.customNParam array. Just to be sure, I also created a fresh project with only this and your main utility plugin (v1.05b) and got the same result.

@Destra47
Yes. It should.
If as example you made a cparam called stm you can use gainStm(value) to do it.

@Matrien
Then is better to use that provisional solution.
I personally preffer to avoid these type of solutions because if for some reason I want to change max number of NParams to 1000 it wouldn't be a clean solution.
I'll find a way to use array vertatility correctly.

ICF-Soft said:
Then is better to use that provisional solution.
I personally preffer to avoid these type of solutions because if for some reason I want to change max number of NParams to 1000 it wouldn't be a clean solution.
I'll find a way to use array vertatility correctly.
Click to expand...

I went ahead and tried some more troubleshooting because I am trying to learn javascript and thought working this out might help.

I am still not certain how to fix the problem, but I think I found the location of the current bug, or at least am headed in the right direction. Playing around with the code, I found that a line you added to 1.09c (obj.customNParam[nIndex] = ''; ) seemed to fix the issue with correctly building the obj.customNParam array, which led me to wonder if there is a second problem where the data in the array is being utilized.

Under your Game_Actor.prototype.NParamBase function, there are two if statements (the first one for $dataActors and the second for $dataClasses), with try statements to return the values from obj.customNParam for each nparam if they are valid. I found that for whichever of these two if statements runs first, all values from that section are added properly, while for whichever of the if statements runs second, only values in that section for the first 30 nparams are added properly.
So, in my project I have the custom nparam base notetags in the classes section, and with v1.09, they still only work for my first 30 nparams, but if I move the notetags to the actors section, they all work. When I change your code so that the if statement for $dataClasses runs first, and the one for $dataActors runs second, the opposite is true, with notetags only working for the first 30 nparams if they are in the actors section, but all of them working if they are in the classes section.

I hope this is helpful and fairly clear. I am getting pretty tired so I am not sure if I explained things very well...

@Matrien
I'm not sure where is the problem but it works with an order.

Yeah, between being new to javascript/coding and pretty tired by the time I got to that point last night, I forgot that functions stop running code after a return statement, which made things seem pretty confusing... After sleeping and thinking on it a bit at work I came up with a pretty good idea of what was happening, and eventually made it home and confirmed. The problem seems to be resolved by adding a null check to the if statements in your prototype functions for nparams and cparams.


In v1.09c, the Game_Actor.prototype.NParamBase function is run for each nparam id, checking if a value exists in the relevant obj.customNParam array at the corresponding index. The if statements for $dataActors and $dataclasses (and similar for enemies) filter out cases where the array element = '', but they allow cases where the array element = null, which includes all cases where the nparam id > 30 and no custom base notetag exists. The try statement does not catch these cases either, because the first line declares var value = 0 before trying to get the value from the array, which makes return value; a valid line even when the array element's value is null. Because of this, Game_Actor.prototype.NParamBase runs the code under the if statement for $dataActors for all nparams with an id > 30 (those that have null values in the obj.customNParam array), and is only capable of running the code under the if statement for $dataClasses for nparams with an id of <= 30.

Removing the line var value = 0; from the try statements also seems to resolve the issue, since that makes the line return value; invalid when the array element is null, but I believe this may result in value becoming a global variable, which is generally undesirable, so adding the null check to the if statement seems like a safer fix to me. 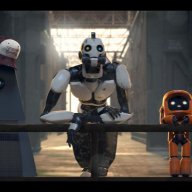 Hi.
How can I use set'Param'Base(n) for an specific character? For example: I have an warrior, and every time he changes to mage, he gains the params of the mage, lets say, <NPARAM: row 75 4 2 1000>.
BUT if the mage has the skill "magic plus" (idk), it calls setMagBase(100). I tryed put it in a skill, with a common event, to use in him, but didin't work.
Thanks in advance.


EDIT: I know EXACTLY how to do that. I was just tired. Ignore it and thanks. xD

I put this in a class:

But it don't recognize "base" nor "mak" as a value/variable.

EDIT 3:
Ok, só a created a NParam called vit for the character and another called res for the class. And the res Base eval is this.vit*8. But it give me a Nan result for res. What could it be?

So, I created a NParam (vtt) whose value will be given by the character. Then I created another NParam (res), wich uses "this.vtt * 8" as eval formula. Then, in the class I put:

It worked once. But when I tried again, It gave me an error.

I created another project and tried again, and it happened again.
Maybe its a bug? Or am I doing something wrong?

EDIT: the error persists even if I delete all the notetags and even deleting the nparams on the pluggin.

@ICF-Soft Besides the suggestion about supporting XParams in the weapons / states notetags, I have a problem.

I'm using your Params Core and it plays nice with Hime's enemy class and enemy equips. Enemies can access custom stats through a class no problem.

Enemies can read this in their class:


Code:
But if it's a base parameter, enemies can't read it in their class:

I'm not sure I understood everything (I don't speak English), but I wanted to know if it was possible to manage xparam in class notetags like nparam.

From what I understood it's not possible but I wanted to know if it's possible to do something like that for individual classes or something similar.

I know it doesn't work, but is there another way to do it?

Thank you for your response.

Actually there is not a way to do this.
I'll add it in next version.

Kirri
Having problems with enemy/monster designs.
8 minutes ago •••