I need inspiration on creating an outlaw town.

that's not a lot to go on...do you mean outlaws in the classic sense of old westerns? is it a different era, location etc? general bandits or post-apocalypse gang? what's the wider world like this is set in? etc. pp. 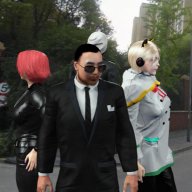 I also had an outlaw desert town in my game before I reset the world.
Basically, the bounty and law enforcement system is off there. People can kill each other on street. A lot of procedurally generated shady missions. Such of things.

Moerder said:
that's not a lot to go on...do you mean outlaws in the classic sense of old westerns? is it a different era, location etc? general bandits or post-apocalypse gang? what's the wider world like this is set in? etc. pp.
Click to expand...

A town of thiefs and bandits on fantasy world. 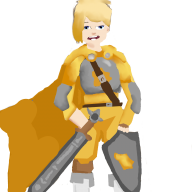 It would be cool to add like magic is weaker there so Mages are kidnapped and taken there.

I'd imagine any outlaw town would have different factions/gangs vying for control, perhaps a certain resource or even just the territory itself. maybe certain districts are reserved for certain activities or some more dangerous than others. conversely, being an outlaw town doesn't have to mean that there is no authority whatsoever, there could be a 'council' of gang chiefs or other influential people that at least try to keep it 'civil' more or less successfully. do they get attacked by outside forces sometimes and have to band together? are they so far away/isolated that nobody really cares what's going on there? severe weather or other natural conditions that provide shelter to those who need it but you wouldn't really want to be there otherwise? plenty of stuff to think about.. 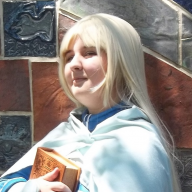 "Fantasy world" is still not a lot to go on, but here are some things to consider.

Start with what someone has to do to be considered an "outlaw." Is your town loaded with murderers? Con men? Jewel thieves? Forgers? Tax evaders? Are all of these people actually hardened criminals, or do you also have the falsely accused and the "I stole a candy bar once" super-petty thieves? Are these "outlaws" on the run from a corrupt lawman (Robin Hood's Merry Men vs the Sheriff of Nottingham) or is it a hive of scum and villainy? You'll very different types of towns, depending on your types of outlaws, and the way your players interact with the town will therefore be different as well.

In a hive of scum and villainy, you'll probably find staples like a dark, dingy tavern, a brothel, duels fought in the streets, an inn where your belongings tend to go missing, and a general feeling of being in danger. The town could have laws of its own--violent criminals call the shots because people don't want to argue with them, or the con men have figured out how to manipulate them to their liking and run the town behind the scenes. A town like this will probably not be well cared for, unless you luck in to having some tradesmen among your outlaws who still feel like plying their trade. Most of the supplies are probably stolen from nearby settlements, or brought in by merchants. Merchants can be shady characters, or have stumbled across the town in their travels and are rapidly realizing oh no, I am in danger. It could even be a dungeon, rather than a sanctuary.

If you have Robin Hood type outlaws, who were displaced from their homes by an unjust authority figure and are not, in fact, hardened criminals, you'll see something a little closer to "normal" village life. You might have a few professional thieves and highwaymen in the mix, but you'll also have tradesmen who can build and maintain structures. There would not be a distinct feeling of oh no, I am in danger except maybe from a few choice individuals that want you to leave immediately. The main things that would differentiate a town like this from a normal town would be a number of deterrents around it so that people wouldn't find it (wind chimes to make mysterious noises, difficult terrain around it, etc.) A town like this may also be quite defensible--ready hiding places for ambushes, ladders into trees for archers, deep cellars with hidden doors, etc.

Some things off the top of my head to look at for inspiration--
-History Channel documentaries on youtube (the one on the tunnels under New York City comes to mind, some great stuff in there about how Chinese gangs in the early 1900s and how their actions were influenced by the city around them)
-Mafia history sites (I think National Crime Syndicate was the one used to reference)
-Robin Hood movies and how Sherwood Forest is portrayed (Robin Hood: Prince of Thieves with Kevin Costner is the one I grew up with)
-Pirates of the Caribbean, for places like Tortuga and that port town in Singapore (which may not be the most historical of resources, but they sure do leave the right impression)

Alternately, is your "outlaw town" really a town of its own, or is it a piece of a bigger city? A district? Underground? All around, if only you know where to look? Is it a permanent settlement, or one that can be easily abandoned if it gets too "hot?" There are so many options to explore.