If no one IRL supports your work, you need to be tough

What helped me when I was in this scenario is to hide what I was doing. Keep doing the drawing, the game making, but just keep it to myself. Now in my old age I can show it off now that I have better friends. 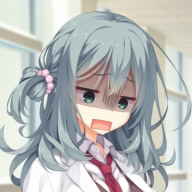 This is exactly what happened to me back in 2012 when I was just exploring this, my parents were not happy with what I was learning and it had a very bad impact on me for several years until I can try it back slowly, I hope everyone can get through it if they experience that bad thing... 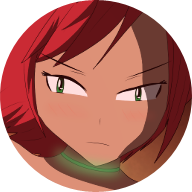 Okay, I'm replying almost everyone mostly because of my previous response on common points about internet harassment (I don't like repeating myself if it's in the same thread). Not gonna focus on every aspect of every message because I'd take 6 hours writing, just highlighting some lines in which I'm gonna respond.


Beckx said:
I also agree with your post, it's hard when you're getting comments like, "wow you must have so much free time" when actually, no, I don't, this is work i do and i sacrifice my free time to do this work. ugh.
this forum and community is a nice change to that though!
Click to expand...

Former_Sky said:
What helped me when I was in this scenario is to hide what I was doing. Keep doing the drawing, the game making, but just keep it to myself. Now in my old age I can show it off now that I have better friends.
Click to expand...

This is what I meant with "surround yourselves with like minded people". Sure, your stories may be different, but both of you have common goals, releasing games, uploading drawings or tilesets... That's what an artist does and that's what unites a group/forum. You don't need everyone in Earth to like you, just find a group with common interests. And it's better to have a few friends that care about you than to have a mountain of friends who don't care.


Sigony said:
TL;DR: I think that it is important to not throw the baby out with the bathwater; to be clear about knowing what is helpful and what is malevolent within what someone is saying to us, and then not allowing the malevolent aspects to impact us.

Selectively focus on that which is helpful to you. You just get one life.
Click to expand...

Selectively, that's exactly right. I believe responding to literally every comment in a post you made whether they are negative or positive is a rookie mistake, and that tends to them becoming discouraged in the process. But as I'm quoting Quexp under this line there is an excellent filter to see if a comment is legitimate or not:

Quexp said:
With very few exceptions, harsh comments just reveal the speaker/commenter's ugly personality. We all know the source of such criticism should be taken with a grain of salt but it's still hurtful and can be hard to deal with.
Click to expand...

Comments section are great, if you see someone formatting well with arguments without recurring to harsh language then you got a potential user following your work or at least paying attention to what you write in good faith.


Celestrium said:
When most people say things to you, it's about them or a reflection of their values at least. About what they want for you, what they want for themselves, their expectations. We all need validation, but you will find people who can appreciate your efforts and support you. Don't ask someone who hates fish about your culinary seafood masterpiece and expect a good response, and I know, the person who hates fish will still have something to say.
Click to expand...

We all need validation. This is true, but it's a double edge sword, more or less. I'll explain, trying to be brief about it.


JGreene said:
@PixeLockeT Cyber bullies should be tracked down and given a legal mandate that requires them to wear a diaper, bib, and pacifier when in public. Since that's how they wish to act, they should get the opportunity to show it as well.
Click to expand...

That made me laugh! But all serious, I think blocking them is good enough but if they start with the death threats... they should be held accountable with something like what you suggested.


BK-tdm said:
I had this problem when i was on school and was still doing stick figures and fat worm dragons, bullying kids are some of the worst, that my parents never approved of my hobby didnt help either, but i never really cared and kept going, i did what i wanted to to amd was happy with it, though i never showed anything to anyone until i actually started to "git gud".

17 years later im here working as a sprite maker and drawing anime "curves" as a living, the journey was and is still worth it, i still have much to learn and to get better at and the fact that those who mocked me now realize i was right all along is the cherry on top.
Click to expand...

Never give up. Trust your instincts. Always.


CleanWater said:
48tentacles, it's been some years I don't meet my family members because of that (besides my mother). I feel much better this way. Imagine the male version of Cinderella, this resumes my relationship with my cousins and uncles.

Coincidentaly, I have posted an article similar to this on my blog this week (chapter X of my life as an indie dev, but in pt-BR only). It's fun how the experiences were similar. You are completely right about not letting others depreciate your work!
Click to expand...

It's a common route from the underdog journey, and something similar is happening to me, so I understand. By the way, can you send me a link of that blog article? I'm curious to read it.


VK_Vorpal King said:
This is exactly what happened to me back in 2012 when I was just exploring this, my parents were not happy with what I was learning and it had a very bad impact on me for several years until I can try it back slowly, I hope everyone can get through it if they experience that bad thing...
Click to expand...

Parents should start to learn to encourage their children in whatever they do. It costs nothing to encourage an artist, after all.


I might create another thread like this sooner or later, I have moer thoughts to share. This has been a cathartic experience for me, and I'm glad everyone's reading what I write.

Thank you for reading!

48tentacles, here it is. If you are on PC, there's a "Google Translate" tab in the upmost part of the blog. I don't know if the translation is accurate for Spanish, but it may be worth a try.

Let me know if you enjoyed my story.

SoftCloud
me: “I’m gonna take a break from game making.”
*five hours later*
me: yeah okay fine I needed to redo that map. Sure.
1 minute ago •••

LunarFlareStudios
And the time has come for me to enjoy a good cup of hot cocoa before I sleep... Strangely, that actually helps.
If I ever need to stay up late working on projects, I always get tired. Do you guys think I should try G-Fuel to keep me up and focused at night? And if so, what flavor is best?
I do tend to be quite a night owl.
Today at 9:16 AM •••

Ouro
Ugh. This update is taking so long that I'm starting to run out of topics for the weekly blogs that I was making to make up for the fact that it was taking so long to begin with!
Today at 8:29 AM •••