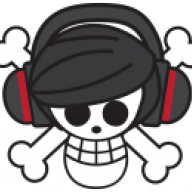 After choosing not to open the Tamatebako, Urashima Tarō went to the Ryūgū-jō (The Dragon Palace) only to find out the the Princess has been kidnapped and brought to a Prison far away from the palace.

Now Tarō is tasked on saving the Princess but it will not be easy. The Prison is known to be easy to enter but hard to get out of. As a fisherman Tarō chooses not to attack with his fist directly but rather leave it all up to chance but chance won't help them get out of there alive. Tarō will need the help of the Princess along the way.

Play as Tarō and save the Princess in this puzzle box of a Prison. Are you up for the challenge?​

OVERVIEW​
Default Fantasy came about as a challenge of how far can I push the default rtp sets to create an engaging, fun and challenging small scale game for the IGMC 2017. The story was inspired by the Urashima Tarō story where he saved a Turtle and was invited to the Dragon Palace and was rewarded with a box that he was told not to open.

This was the first time that I had a try at creating Skills, States, Items, Enemies and Troops and how they work with each other. I have always been only doing Events and Mapping since I bought RPG Maker MV. It is a very powerful engine I must say and it covers almost everything that a JRPG game can have. I used Yanfly’s plugins to extend some of the functionality of the engine.

The game features the default Side-View Battle System and introduces Skill Pairing Feature. Skill Pairing is where you’ll need the skill of another party member in order to advance and do stuff through the levels. It’s a type of Lock and Key Mechanic where you need a Pair of skills as a key to open locks around the dungeon or level.

The game is designed to be a Puzzle Box which means you’ll need to know the layout of the whole dungeon in order to know what to do next. Reminiscent to some of the Zelda dungeons.
SCREENSHOTS 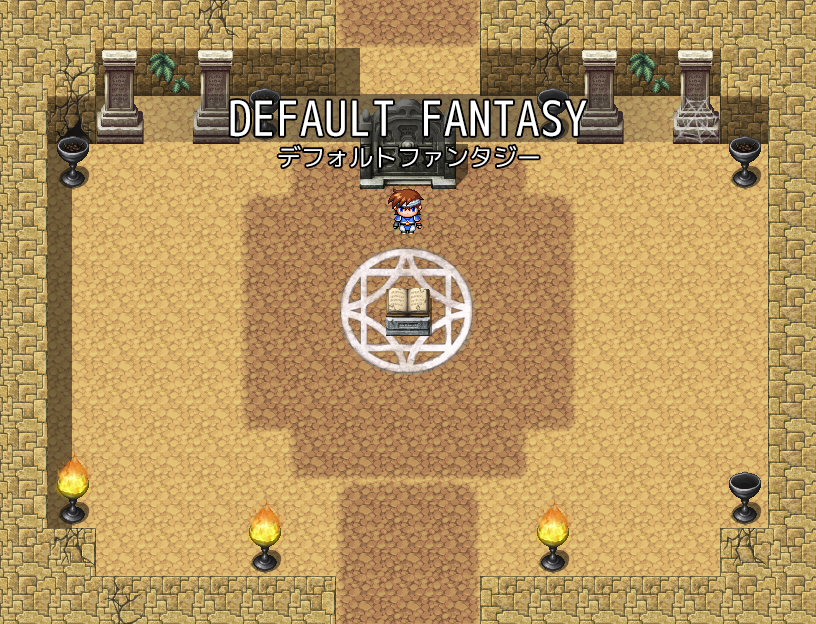 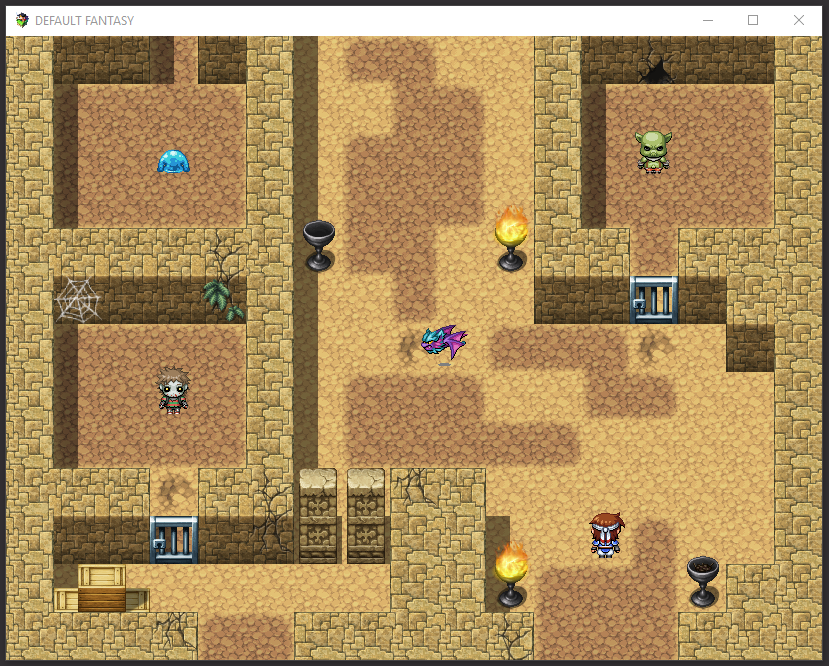 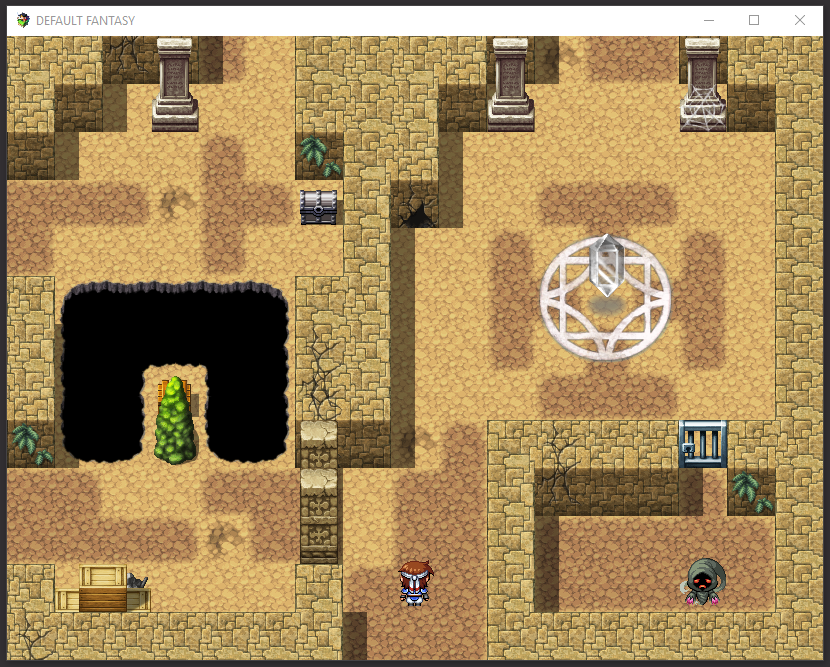 I'm back with an update. I got my first feedback on the game form the submissions page. YEHEY!

I only had a few downloads so far so every feedback counts! I've designed the game with very little help thinking that the player will want to discover what the games mechanics are by themselves but maybe a little help isn't bad as mentioned on the feedback.

I've added a guide of the mechanics that I've created in game. I'll try not to give everything out but there will be spoilers on how to beat the game. So if any of the guys who downloaded wants to discover for themselves what the mechanics of the game are, then I recommend DO NOT continue reading.


First things first, everything you need to beat the game is already available to you from the get go, with the exception of the Princess. It might be my fault for assuming that players will notice all the clue from the beginning, in that case I apologize. All that's missing from you from the start is the knowledge of how the game works and the items needed to progress.

Tarō has all the skills he needed and the Princess also has all the skill she needs. Some skills and items are left without descriptions so the player will or I hoped they will learn what it's used for while playing. I designed the game around one main mechanic and that is Skill Pairing.

​
The main mechanic of the game is centered around what I call "Skill Pairing" where 2 skills from different actors are needed in order to create something or open something or any other task that you wish the player can do in-game. As with the name it requires 2 skills and for Default Fantasy this means you will need the help of the Princess you are about to save in order to progress through the Prison.

Orb is the main item resource in the game. You can get this from the monsters you beat and from some chests lying around the Prison. An Orb is used as a cost for all of the Princess's skills and also needed to be able to Pair skills. So everytime you use an Orb use it wisely.

The book stand is a point where you can pair the two skills from the two actors. I call it a Pair Point (much like Save Point). It first lets you select the skill of Tarō and then the Princess. After selecting both skills you will be given an item in this case a scroll that can be used as a cost to cast a skill that both of them has already learned.

Janken has a cost of 25 MP and when cast will choose to cast either Rock, Paper or Scissor. Each with their own damage output.

Risky Dice costs nothing but will choose to cast either of the following: Open Save Menu, Heal Entire Party, Get Orbs, Entire Party Loses 50 HP.

The other skills can only be cast if you have the appropriate scroll to use for each skill.


The Princess's mains skills are Flow, Regen, Burst and Libra.

Flow Adds a buff to the ATK parameter for 5 turns and costs 1 orb to cast. (Rock, Scissors)

Regen Regenerates party's HP and MP for 15% for 5 turns and costs 1 orb to cast.

Burst Adds a buff to the MATK parameter for 5 turns and costs 1 orb to cast. (Paper)

Same as Tarō, the other skills can only be cast with the appropriate skill scroll.

Save Point Pairing Risky Dice and Flow will have you open up the Save Menu. No risk applied but this means you need the Princess to be with you always in order to save.

Risky Degrowth Risky Dice and Regen will either have you recover the entire party or lose 100 HP.

Risky Break Risky Dice and Burst will either get you lots of Orbs or entire party loses 100 HP.

Risky Shout Risky Dice and Libra will either have you fight a Bat, Slime or Orc or +200 HP and MP for the entire party.

In the dungeon, there is a Control Room. If you haven't found it yet go up from where you started and you will see all 3 buttons on the room colored red, green and yellow. if you step (HINT: SOKOBAN) on one of those it will open up one of the statues and reveal a switch that can move one of the rooms in the dungeon. 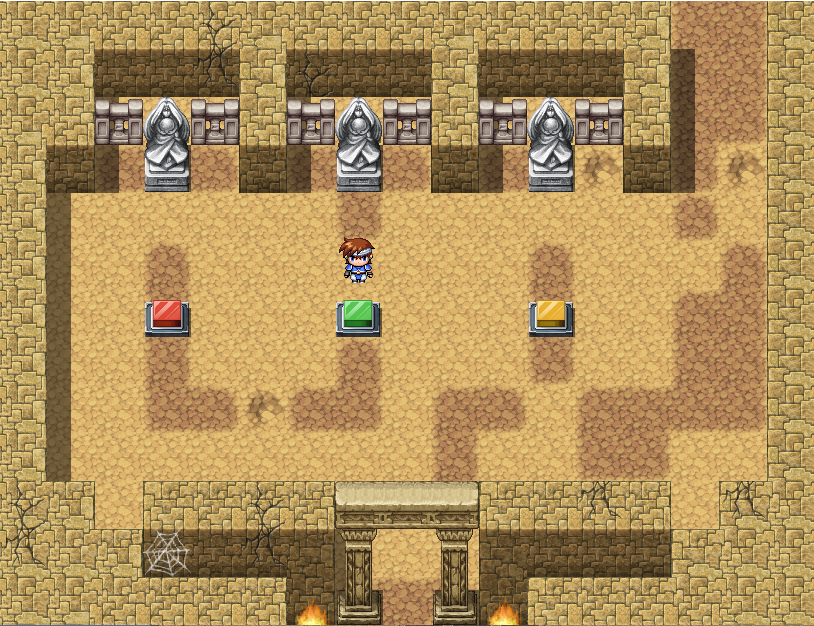 All throughout the dungeon, there will be some obstacles in your way. they will be interactive and will give you some hints as to how to remove them. i.e. The Walls can be removed using the skill Janken Flow Scroll, The Tall Green Stone can be removed using Degrowth Scroll. Be careful when removing obstacles in your way, they will use up the skill scrolls you just paired. The strategy is to manage your resources well.

Once you have a hang of the layout of the dungeon and know how to remove those obstacles out of your way then all that's left of the dungeon are those puzzles left for you to solve. I will not go into more details here but this guide should be enough for you to beat the game but I have to be honest, It took about 30 - 40 minutes to beat my own game even with knowing all the mechanics that are in place.

I hope you'll enjoy playing or solving the Prison Puzzle box I have created. Thanks!
Last edited: Nov 19, 2017

@any mods: Can I ask you guys to please move this to the IGMC forum? I'm planning to create a new updated version post IGMC and I'm wondering if I should just edit my post but I can't seem to edit the title. If it's quicker to move then great but if you guys tell me to just edit it then I will.

Yeseylon
I like being a butt to people.
22 minutes ago •••