"The Gods are dead, and the End comes again. Who shall save you now?"

For millennia, a secret war of souls rages between the forces of good and evil.
Slowly but surely, evil is winning the battle for the fate of all humanity, while good searches frantically for an elusive key to a cryptic Prophecy that may be mankind’s final hope.​ 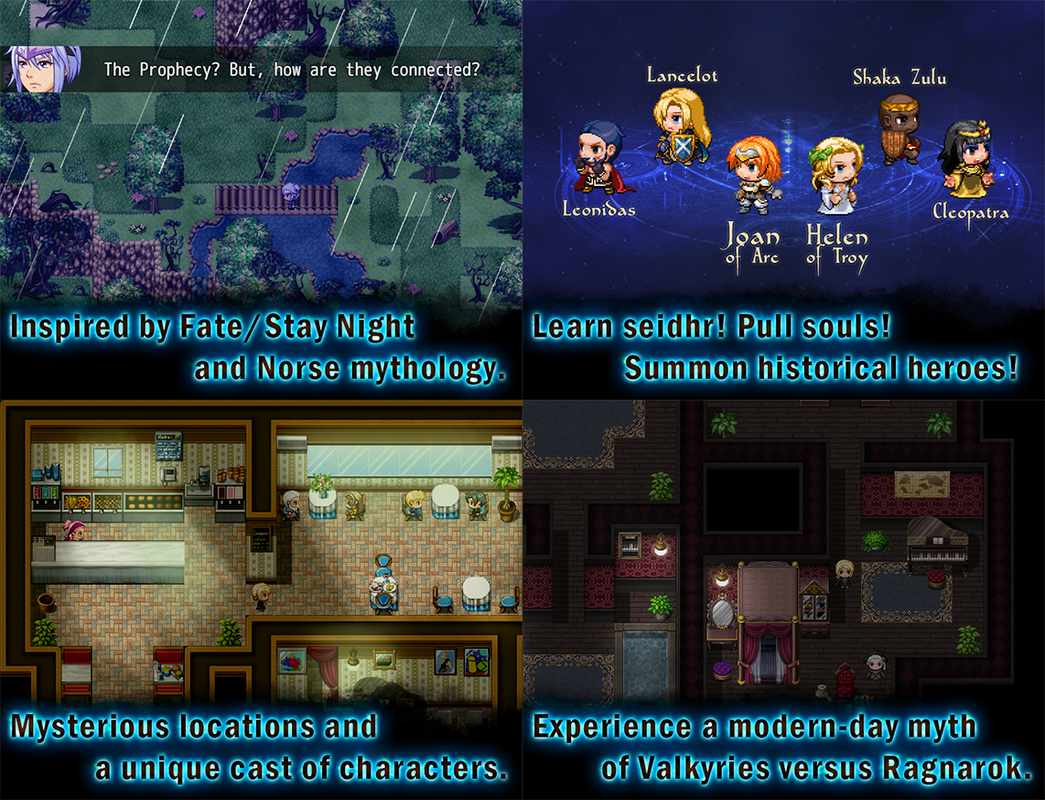 Hey guys! This is our entry for the IGMC contest this year. This game was the combined effort of the team of
@watermark @Hammerpants @Miss Nile @richter_h and CuckooOrange

In addition, we want to thank members of the RM community who created custom resources and generously allowed them to be used by everyone. (Cause we used A LOT of it. ). Now, I tried my best of making sure everyone has been credited properly. But, 1 month IS quite a rush and it got quite frantic at the end. If your resource was used, and I somehow missed you in the credits please PM me and I will get it remedied ASAP!

This whole thing actually came about from one whimsical question:
What if something like Fate/Stay Night happened in America?

It would be the same concept but with a totally different culture, with different dynamics, and different characters.

Somewhere along discussion we're like, wait a min, this summoning heroes thing isn't original to the Fate series at all, they've been talking about this in Norse mythology way back then! Then someone remembered Valkyrie Profile and we're like, what if Platina was a (slightly ditzy) American high school girl? The game kinda went from there.

We do hope to develop this further. So leave your feedback (preferably on the contest page if possible) and vote for this game if you like it. Just click on the BANNER to go to our page:

All resources in this game, INCLUDING songs with lyrics, are LEGAL and LICENSED.

So don’t worry about using it.

This is a very surprising thing that the first time people hear a song with lyrics in a game they assume that it might not be legal, which kinda makes sense. However, rest assured that we actually spent REAL money buying all the music in the game so it’s all legal. It’s funny that even when you spend money buying licensed versions people might still not believe you.

Using songs with lyrics in a game is actually a big experimental part of this game. Some liked it, some hated it, and almost everyone assumed it’s illegal at first.

Because we rarely hear music with lyrics in a RPG Maker game, so I thought why not try it? I mean games like GTA do it all the time, but this may be new. Regardless of whether people liked the music with lyrics, I’m happy it surprised people, at the very least. 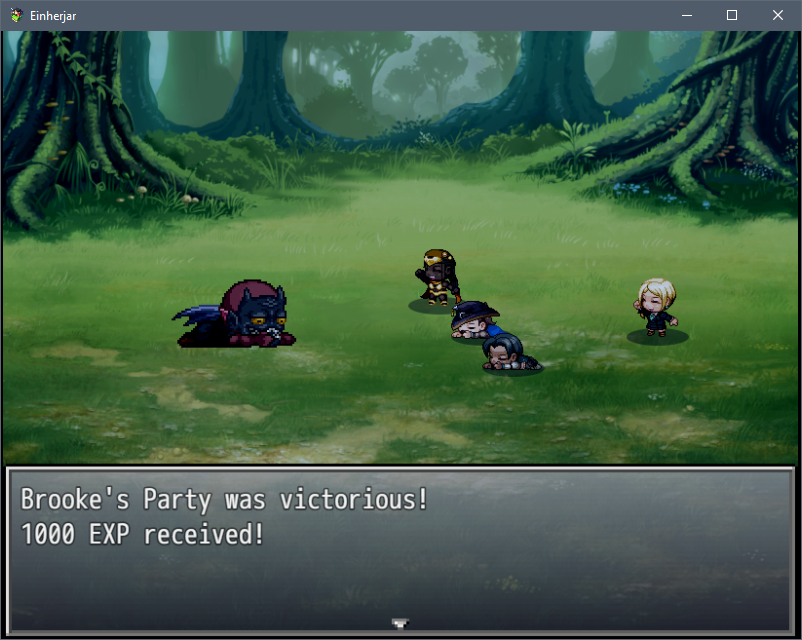 Hahahaha! Woohoo! Let me guess. Did you exploit the paralysis lock?
See? That's why playtesting is so important. Like I said before, the IGMC so should've been made into 2 months. It would've given us devs enough time to properly debug. Oh well.

Anyways, congratulations!!! I should give you a special achievement: DEFEATED UNBEATABLE BOSS.

Btw, to those who haven't played. You are NOT SUPPOSED TO WIN this fight. Don't try this at home kids.

watermark said:
Hahahaha! Woohoo! Let me guess. Did you exploit the paralysis lock?
See? That's why playtesting is so important. Like I said before, the IGMC so should've been made into 2 months. It would've given us devs enough time to properly debug. Oh well.

Anyways, congratulations!!! I should give you a special achievement: DEFEATED UNBEATABLE BOSS.

Btw, to those who haven't played. You are NOT SUPPOSED TO WIN this fight. Don't try this at home kids.
Click to expand...

You know how Makaeda has 100% Spell reflect? I just casted it on her and Brooke and just wait it out hahah

Hello peoples! As the contest is now over, we've released an updated version that fixes some bugs and also includes new awesome UI by @BCj ! 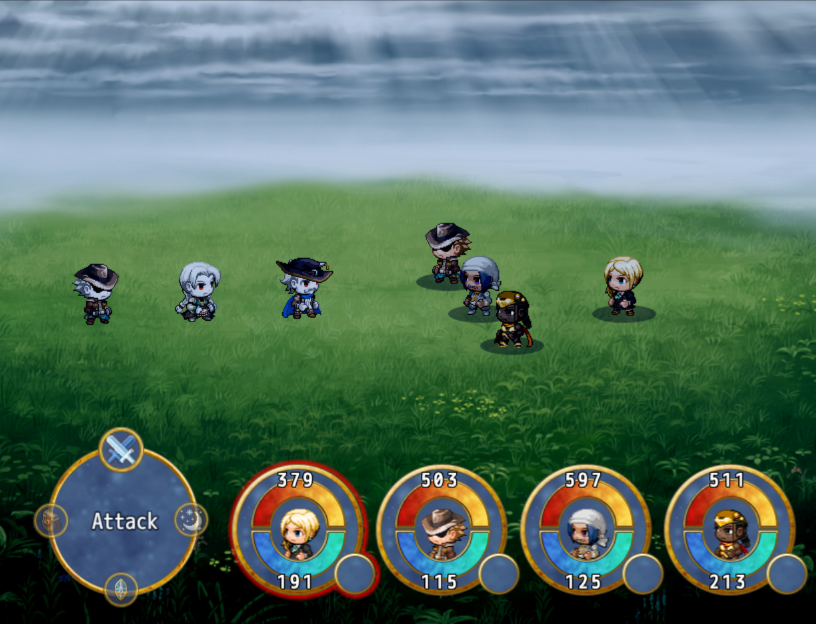