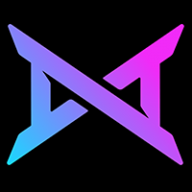 We at InnocenceInnocence proudly present our entry for the IGMC 2017: Project W.I.T.C.H.

Stranded. Our heroines find themselves in a forest they have no memory of, they are out of place and maybe out of their time. Getting to understand their surroundings will have to wait as justice calls, a band of ever growing goblins run amok causing chaos which will they no doubt take care of, following the trail of destruction left by the goblins will unearth the truth and the power they have within.​

Take a peak of what you're getting into.​ 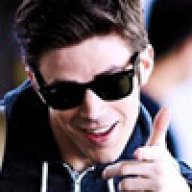 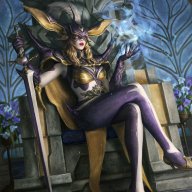 I'm playing through this right away! I'll keep this comment updated as I play through with comments and criticism.

The characters all seem very likable with easily identifiable personalities. Their designs are all well crafted and unique (even if I were to silhouette their figures, you could even tell them apart). Overall love the character design so far, even though I have only met the first 4 characters so far (and a whole bunch of goblins), whose design I also am fond of!

I did feel that passing field after field it all just felt like a lot of the same. The paths were all squiggly and linear and mostly just travelling from one side to the other with 1-3 battles along the way. I don't feel the issue lies in the shortage of assets (since little new art assets are introduced with each passing screen) but rather the use of it seems very samey the whole way. Perhaps some fields could be more open, having some height levels in there or even some interactables! Which is something I always find is kinda missing in games that start out in open fields. Thankfully, to accompany the little hikes I do there's a refreshing variation of goblins whose designs are fun to admire as you beat them back to where they came from!

The world art is pretty much stunning and is very soft and cartoony! I like it very much! I feel like it'd be a lovely backdrop to include more character movement or even balloon animations at least during conversations

The one wearing the Air Elemental Outfit just called someone an airhead. Probably still my favorite character so far!

I did notice that the backdrop had an oddly long blackout during the segment where the girls discover their Elementalist Powers and they speak with an old man, after they get their items the world returns to normal though, near the bridge. No clue if this was intentional or not I was only able to see Tanya in the center of the screen.

I totally just noticed that the volume spikes for the victory music. It spooked me!

I think the issue with the fields we pass is simply that all the maps are quite blocky and there's plenty of backtracking. Though I had
finally run into the dragon and sorceress. They are both really cool and fit your style wonderfully. I wouldn't change that at all!
.

Update 3: So i just did the last update at the very end it seems haha.
It's been a really fun game to play around with and I hope I offered up viable criticism Keep at it. I'll be sure to follow your profile for any future projects!
Last edited: Nov 23, 2017
You must log in or register to reply here.
Share:
Facebook Twitter Reddit Pinterest Tumblr WhatsApp Email Share Link