TL;DR:  I'm making a game for the indie game maker contest, I need help, can you help with either sprite work, environmental assets, or sound design?  Examples shown below.

I've been working on a large commercial game since February, it's going well but it needs a lot of support both from an audience and funding.  Winning the IGMC 2015 can do that for me so I've spent the last two months planning out a small spinoff I could make just for the contest (made completely within the 30 days given for the contest).  I normally would have freelancers help me with the art and sound while I do all the writing, design, eventing, mapping, and so forth but due to some cruddy situations I'm now unemployed and barely getting by so I can't afford my usual team at the moment.  Not to this degree at least.  So I need some help from a temporary team for this contest.

It's not a ton of work but it is going to be quite a few hours to make the bare essentials for this Indie Game Maker Contest game.  I can't guarantee pay as we may or may not win, but if you want we can discuss splitting the prize money.  But to be clear as much as I want and plan on us winning we are competing with hundreds if not thousands of people so the reality is we might not.

I have the game planned out, what we need to create in what time frame, how the game will play out so the judges feel certain emotions and experience certain gameplay mechanics within the hour time frame they are given to play the game, I'm fairly certain if we do this right we will win this contest.  But I need the right people to help me so that's why I'm here.  If you can help me let me know, even if it's just help with a single asset it will increase our chances of winning.  You can contact me here and once you're on board I'll invite you to a Trello page so we can start knocking things off the checklist as we go.

Example: Sound Effects for The Cabin (where the majority of the game will take place) The story takes place just before the events of Out of the Storm.  You play as an old man who finds an injured young woman lying in the woods.  She's unconscious and bleeding in the cold snow.  You take the girl back to your cabin and try to keep her alive and nurse her back to health.

The game is meant to be a small taste of what the large project will have in store.  It will teach the basic mechanics of the game and tell a small story about the life of this man who has accepted that it is his time to pass, but now needs to stay alive just a bit longer to make sure that this girl does not die.

Mockup Image: Not Representative of actual or final gameplay Why I Need Help

ARTIST FOUND! Sprite Work:  We'll basically be creating some basic animations for the old man so that the game can function, nothing major.  Most importantly an interaction animation for each direction so that when the player interacts with something, anything from lighting a fire to picking something up, the old man looks like he did something besides just look in that direction.  (Perhaps just a movement of the hands)

Sound:  Mainly a series of sound effects.  I'm trying to make use of some creative common based sound effects but it would be helpful if I actually had someone who knew what they were doing help me make the best use of what we can get together.  If you can make some musical tracks as well that would be great but I wouldn't expect that much of you for a contest entry.

These range from ambience like birds in the forest to actions by the player, such as walking through the snow.

Environment Work:  We have a decent amount of assets to work with but there is a lack of polish.  We may have a tree but there's no snow to cover it's trunk and make it feel a part of the environment.  We may have have a berry bush but no berries once they've been picked.  Someone who could help with a little polish to make the world feel real would be a big help. Overall:  I have a more detailed list written out and I'll provide it to those who decide to help but this about sums everything up.  I'm not expecting a lot of work since this is unpaid.  I feel bad enough asking for help but I know I need to set aside my pride in order to get this done, so here I am.

There's no guarantee that we will win this.  I'm going to do everything in my power to make sure we do but I can't promise we'll win and be able to split the prize money.  If you want a share of the prize money let me know and we can discuss it.  But I just wanted to make it clear that I can't guarantee that money.

You will be credited and your assets will only be used for the contest.  If you want me to remove them when I continue working on this to push it towards a full game, then I will do so.  I just hope some of you out there are willing to help and I very much appreciate it.  I know I have a good chance of winning this contest if I have some people that believe in me enough to help out.

Thank you all for your time and I look forward to hearing from you!

For those curious at the amount of work I'm seeking here's all the sprite animation I'm planning on being in the game. The first checklist is what's needed for the game intro and the second is the actual gameplay.  Now with luck we'd be able to finish these and come up with extra things but the game needs at least these to be finished.  I might be able to frankenstein a couple of these myself but I don't want to get carried away right now and get banned from the competition so I'll wait .  But yeah that's an example of the amount of work needed for this.  It's not a lot but it would still likely take up to ten hours to do these based on my previous experience with sprite artist.

It is very important that I at least have some help with sprite work.  I've tried to do the work myself but I'm not an artist by any means.  I'll try to scrap together some money if need be just please let me know if you can help.

I love your project, it's sounds amazing! Good job! If you needs help, call me. BD

Thanks for the kind words RocketKnight!  As far as map design goes though we're not in much need of it at the moment.  I'm trying to keep the map very small and simple to keep the scope within the realm of possibilities, so the map isn't going to be much at least for now.

That being said Out of the Storm which we will be going back to once the contest is over, does have a large map (250x250 tiles) so that may need some assistance at some point, but that isn't at the top of my priority list right now.

I wish you the best though with your workshop and good luck on your games as well!


“I should have left you in the snow.”  That’s what he said as he watched the girl under the covers breathing heavily.  In addition to her injuries she had caught pneumonia from being out in the open.  The forest had not been kind to her.  “I have managed to go my entire adult life without having to deal with others indecencies, and now...  Now I have to take care of you.”

The girl let out a weak cough.  Her skin was pale, her lips chapped.  The elderly man stood and walked over to a bucket he had in the back of the room filled with water.  He picked up a cup next to it and lowered the cup into the water.  Taking the cup, now full of water, he carefully put it to the girls lips.  Making sure to lift her head for her as she drank so she would not choke.  She did anyways.

“Girl you will not die after I carried you all the way here.  Get over yourself!”  He hit her on the back with an open palm.  Her choking came to a stop and he rested her back down.  “This is why I never had children.  Too needy.”  She was older than a child, perhaps in her younger twenties, but in this state she may as well have been one.  “You don’t even hear a thing I’m saying do you?”  She didn’t respond.

Hours went by and eventually the man fell asleep in his chair at her side.  He spoke as if he had no care at all for the girl, but he kept a watchful eye over her.  There was another bed on the other end of the cabin but he remained in his chair so he could help her when needed.


EDIT:  A sprite artist has been found.  We're still in need of an environmental artist and a sound guy/gal.  So feel free to hit me up and ask questions!
Last edited by a moderator: Jul 7, 2015

Daily(ish) progress is be shared on the Game Dev Fort website.  If you wish to check it out you can do so here: http://community.gamedevfort.com/t/igmc-2015-before-the-storm/272/3

We're still looking for an environmental asset artist too.  So far the applicants have been less than desired... 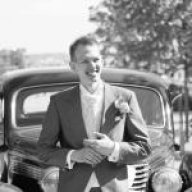 I'll send you a PM