"Well now, how did these little morsels make it so far

under their own power? I think I'll keep my eye on them."

Ill Will is a dungeon crawler with carefully crafted, minimalist story elements and simplified overall design. The combat uses a turn-based structure with a heavy emphasis on elemental affinities, and a streamlined AI routine for enemies that helps curb outright stupid behavoir.

It is very firmly divided between gameplay and plot, with decently-sized sessions of both, rather than a more rapid alternation.

"So, we're here. We're here and we don't know where "here" is. All we know is they want to eat us, and we don't want to be eaten by them. Oh, and we know they have some tricks we've never seen before. Throwin' fire and all that business. That's not good. Oh, and one last thing we know.

The gameplay consists of going through miniature dungeons to acquire Traces. Every Trace teaches certain skills at certain levels, has elemental affinities, and stat modifiers. Your allies are each restricted to a number of categories, such as Physical or Ailment Traces; you may use any Trace you please. This game is distributed under a Creative Commons Attribution-NonCommercial-ShareAlike (BY-NC-SA) 3.0 License.

This work, and adaptations of this work must be distributed under that same license.

You may not use this work for commercial purposes. If you alter this work, you may distribute the resulting work only under the same license.

LouisCyphre and Happy for Game Chill 2009 at Rpgmaker.net

Many, many other superbly talented individuals at http://www.newgrounds.com

RMN, for hosting this trash heap.

You, for completing this trash heap.
Last edited by a moderator: Aug 2, 2012

What, Nessy games? Got to give it a spin then. >I (but gameplay based, smt difficulty. orz. Somethign tells me this is gonna kick me in the boobs so hard). 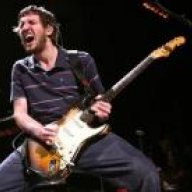 You put quite a bit of work into 'buffs' and the like... this has got me excited! The battle system look deep.

Downloaded! I'm going to give this one a go. Custom sprites? ALGEBRAIC!!!

Since how much I like your other games. This I know should be quite good! :3 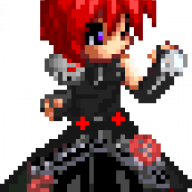 This is the reason I even wanted to use RMVX in the first place. You guys just had such nice ideas and your screens were always wonderful and inspiring. I can't wait to play it!

Archeia_Nessiah said:
We found some bugs (LOOOUU @_@) and he's fixing it. Hang on!
Click to expand...

If you mean the zombie, you have to Guard Chain for now and wait till he stops using Strength Zone.
Last edited by a moderator: Aug 2, 2012

Archeia_Nessiah said:
If you mean the zombie, you have to Guard Chain for now and wait till he stops using Strength Zone.
Click to expand...

Thanks! (The answer seems to be yes, I do suck.)

p.s. I spoiler-tagged your hint, in case I've ruined it for everybody.

I must be really stupid or something, because I can't find the download link...

and check the upper right corner of the screen that says download now.

...where I can find no download. I am stupid.

Either I found a bug, or else, I'm doing something wrong.


In the first battle, with my character versus the zombie, I have selected "Guard" and then "Commence" on each of my three turns... I assume this is what you mean by 'chaining'. On the first attack, I got hit for 3HP, and on subsequent attacks, they were up in the very high teens, until I died. I am not too sure if the second "Guard" command was turning the effect off, or if it was simply ineffective, but I died once again - this time, without ever getting an attack in on the zombie.
Is this something you are looking at as a bug, presently? Am I doing something incorrectly?

Please wait for a patch, we found a bug in the turn order but you can certainly win this fight like that. Don't worry, Lou got a beating

Archeia_Nessiah said:
Please wait for a patch, we found a bug in the turn order but you can certainly win this fight like that. Don't worry, Lou got a beating
Click to expand...

You do realize, I haven't played an actual RPG in easly over 20 years... You have NO IDEA the pressure you are under right now.

Haha oh goodness, and you picked a SMT HARD game to be your first RPG after 20 years?!
Last edited by a moderator: Aug 2, 2012

Archeia_Nessiah said:
Haha oh goodness, and you picked a SMT HARD game to be your first RPG after 20 years?!
Click to expand...

I guess that makes me selective, does it not? One thing is sadly true. It means I have never played some of the classics. Like Zelda. Or Final Fantasy. If I had to guess, I think the last RPG I ever played might have been the Ultima Series on my C64. Although, I did play through Diablo I and II, they are a bit different.

gabrieldiastche
Remember guys: Drink water and workout is important too! Don't stay too much time on the PC working!
13 minutes ago •••

TheoAllen
My current peak of boss design.
Yesterday at 2:36 PM •••