I'm getting a script error, but I haven't touched the scripts?

Hello lovely people. I'm having a bit of an issue here and I really don't know what to do as I'm super inexperienced with scripts. When I loaded up my project today and went to playtest I got an error message. I figured I must have accidentally erased part of the line or something because I can't think of any other reason for this to be happening. So I created a new project and copy pasted the script back into mine, but that didn't seem to make a difference.

I've been working stupidly hard on this game and it makes me really nervous to be having a problem with something I know next to nothing about with no explanation for why it's happening. 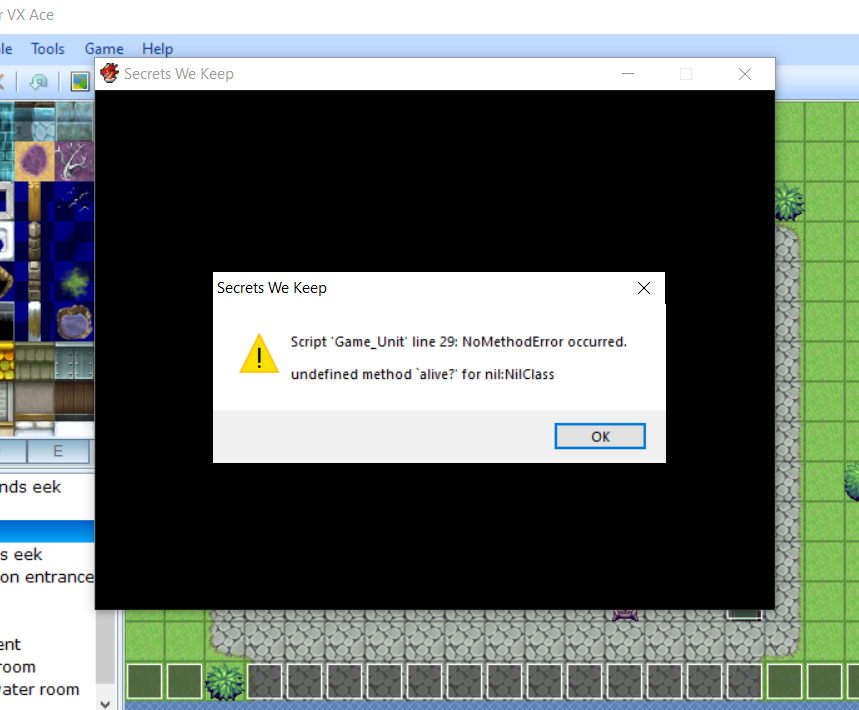 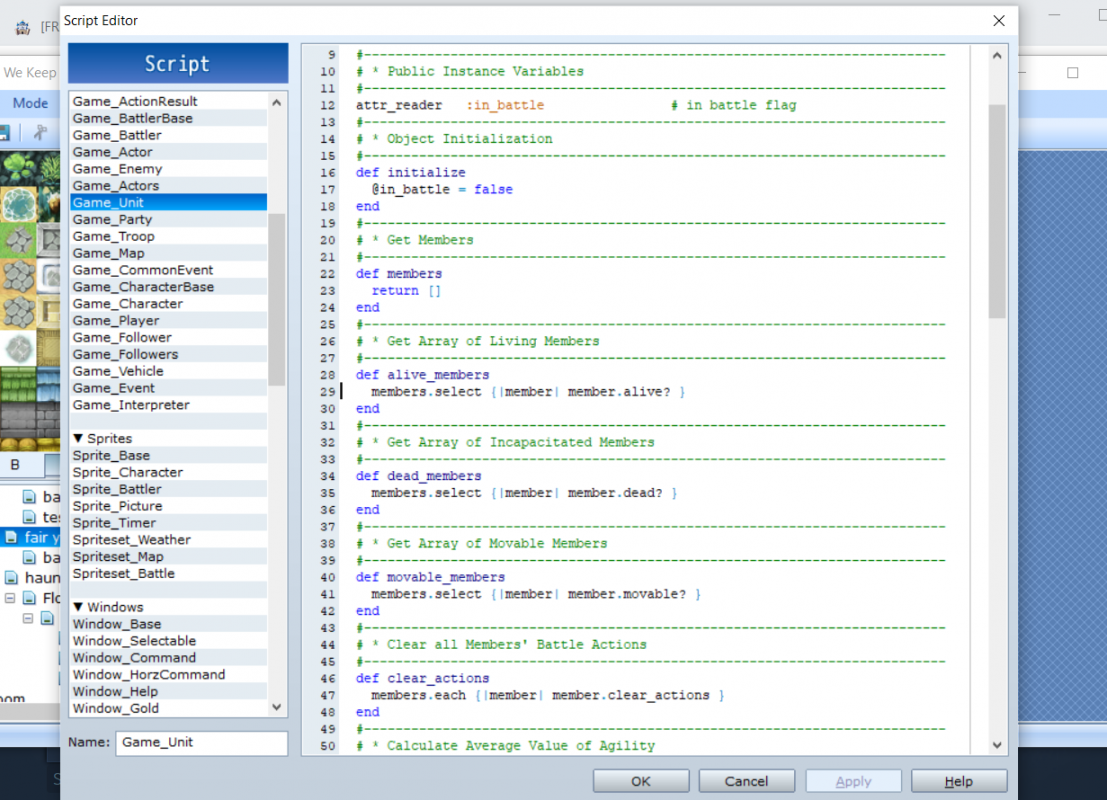 How many actors are in you're game right now ?

What custom scripts do you have in your game?

rexie09 said:
How many actors are in you're game right now ?
Click to expand...


Roninator2 said:
What custom scripts do you have in your game?
Click to expand...

I don't have any custom scripts 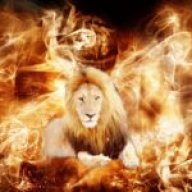 This also happens in vanilla project?, occurs on all maps you do the test on?

@Hollystar311
"of nil" means that the engine is missing data.
if you don't have scripts, that means that you deleted something from the database that is still in use in another part of the database.

for example deleting an enemy and then starting a battle with a troop that originally contained the now deleted enemy
or deleting a class that is still used by an actor, and then using that actor in the game
or deleting an item that was set as default equipment for your actors 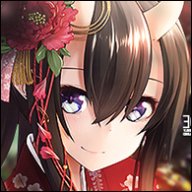 Wyrelade - The one and only.

Did this ever get fixed for you?

Wyrelade said:
Did this ever get fixed for you?
Click to expand...

I assume so, because I posted the description of the cause above.
All the OP needed to do is to check what he deleted in the database to cause the error and replace it.

However, that does not automatically mean that a similar error has the same cause, because what looks similar to a non-programmer can be something completely else.
That is why the mods on this forum ask everyone to post their own topic for their own errors, never assuming that two cases are the same.
You must log in or register to reply here.
Share:
Facebook Twitter Reddit Pinterest Tumblr WhatsApp Email Share Link