[Improvement] Tie Attributes to Actor instead of Class

Description of the Feature:
Its probably just me but I'd like the ability to the Actor Tab and tie stats gained per level in the Class Tab. It is probably just a personal preference but I thought, why not ask. I am probably not the only one that has had the idea of adding +2 or +3 stats per level and then had to go through class by class and manually add that each level. Its a pain.

I'd much rather be able to set my "Base Stats" in the Actor Tab, then set "Gain per level" with the option of the exponential curve than rely on that as the default. Also, it feels more natural to me to start with the attributes on the race/actor and then have the class modify those attributes with the class choice.

Code for Implementation:
I'm not a programmer.

Mockups:
Don't have one.

Why is this feature good?
Puppies, kittens, and butterflies, yo.

Possible issues with this feature?
May turn into more data entry for people further along in their current projects.

If you add (for example) a trait ATK * 101% to the actor, all the actor's attack values will be one percent higher than default class values - no need to change anything in the class for something like that.

I disagree. I know that actor can change by percentage but that is not intuitive. If people disagree I am sure they can vote no.

I feel like I get what you are saying, and I too have some degree of wanting to do this instead of manually by script or something. But without any visual on how you want this implemented, it's hard to convince some users why this is a good add-on.

I'd like to be able to do both, actually. Set the base stats, traits and EXP via the actor and then be able to adjust those base stats(and growths) based on an (optional) class. I might take a crack at a mockup later if I have some time. 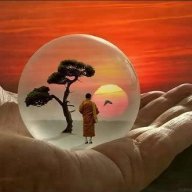 I'm having a hard time picturing this one. @RetroBoy , can you elaborate how this would work?

What I want is the ability to increase a players stat (say, give them +2 HP at level 10) and have that modify their curve instead of get lost in the next static/absolute value if it is higher in the next level. I'm not sure if it works this way already since I haven't tried it, but it would be nice to give people a bonus stat (think Super Mario RPG style) and have it affect the overall growth of the character. But that doesn't sound like what you're talking about so I'm having a hard time understanding what you're doing.

@BubbleMatrix82 As I understood it, he would like to move the stat base + growth information from the class page to the actor page (or have stats controlled in both places). Right now all base stats and growth rates are managed solely in under the class tab.
( @RetroBoy correct me if I'm wrong, that's just how I understood it) 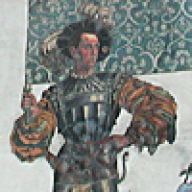 So you want the option, like in D&D where you get to add to a stat every four levels, etc. Which is independent of the Class you choose.

Edgre said:
So you want the option, like in D&D where you get to add to a stat every four levels, etc. Which is independent of the Class you choose.
Click to expand...

I kinda get it since i got some issues with Levels being tied to classes instead of actors to the point where a game with Change Class System breaks during mid-end game. Considering this it would make more sense to the actor has its own level and both class and actor to have their own stats table cuz:
All those stuff has been annoying me to death on any Project i try to implement classes and forcing me to learn how to code is bad trip.

With that explanation, I think the easiest way would be to add a new trait that allows a direct addition to parameters instead of the current multiplication only option.

That way it would be much easier to implement (changing anything in class would make a lot of exiting games incompatible, but adding new traits is not interfeering like that), and it would allow for other areas with traits to have the same option instead of only the actor.

I still think my way is the most intuitive for normies. Base Stats on Actor. Stats gained per level on class.

Right, but remember for it to be implemented in MV we can't break existing projects. So doing it that way is not possible in MV, but could be done in a newer version.

(I still vote yes though, just because if it requires a newer version to do it, so be it. That way we have it out there as an idea for the next version of RPGMaker then).

I don't think it would "Break" existing projects. Honestly, updating actors and class stats takes no time at all. I have 21 actors and 28 classes (which is considered "excessive" by some people in the community) and it would take no time at all to adjust it. Probably a half hour, tops.

yes it would - moving any data between program objects (and each database tab creates its own objects) will cause incompatibilities. Because that is how programs organize themselves.
Which is another reason why I suggested the general trait route, because that will have the same effect without disruption, and be able to used in more different ways.

That seems counter intuitive to me and from the trailer for RPG MAKER FES it looks like they are using this system.

It makes no sense to me WHY we can put the Stat Graph on the Class Page but why we cannot put it on the Actor Page instead. Then have a secondary system that is "Stats per level" instead of a graphic. Either way you look at it, mechanically things are still relatively the same. Your stats are still increasing as your level increases, its just where the Base Stats are stored is moved from one place to another.

It is counter-intuitive to have the stats linked to Class instead of Actor.

Let me give you an example.

You have four Actors:

Why is it that if Muscleman (who is still a muslceman) becomes a Wizard, he loses all his strength?
If Puzzle Freak becomes a Warrior, he now is dumb?

Sure, you can have percentile increases in their stats but the internal logic is flawed.

Actor represents "What someone is" while "Class" represents "How they use their abilities" and while it makes PERFECT logic for their stats to change by Class via level advancement (Warriors gain +4 ATK per level, Wizards get +1 ATK per level, etc.) it DOESN'T make sense for those to determine their base statistics.

If you (like me and many others) are using the Actor Tab as your Race Tab it becomes a total mess to keep everything organized and balanced since the only way to do it currently is by getting a plug in and then doing a bunch of extra (and frankly unnecessary) number crunching.

You have a situation where you might have a Pixie actor but if she picks the Warrior Class she is now stronger than a Giant who picked the Mage Class. Of course, you can screw around and screw around to set it up so that doesn't happen but then you have a bunch of problems with your attribute spreads and the damage algorithms. Its a lot of planning and crunching for what could EASILY be solved by...

RetroBoy said:
It makes no sense to me WHY we can put the Stat Graph on the Class Page but why we cannot put it on the Actor Page instead.
Click to expand...

If you place it on the actor tab, that graph will become part of actor data instead of class data.
Which means that every plugin that looks for the param data in the class definition will no longer be functional and would need to be rewritten.

Computers aren't intuitive, they need to be told where to look for data - and that doesn't change automatically.
Basically moving that data to the actor area will break every existing plugin that affects the parameters in any way, simply because the scripts in those plugins are looking for the data in the class tab only and will need a complete rewrite before they can look for the data elsewhere.

And that means that as soon as we change that like you propose, 90% of all users will launch a ****storm "my game doesn't work any longer, why did that happen"

To prevent that, we can only add to the existing data, we cannot move or change it.

Your logic on how to handle that on an abstract way is not the problem - the problem is that computers can't read abstracts, they need specific code to work.

Wouldnt every plugin it broke only have to change a single line of code? (The Location of where to look)

they would have to change that whereever that location is accessed (which can be a lot of lines), and who should do that in the plugins?

If you check around you'll see that a good number of plugins were made as "fire and forget" from people who have left the community since then, and even if they haven't, why should they do it unless they need the update themselves? And that doesn't even count the possibility that doing something like that will alienate them and drive them to leave the community which destroyed their work...
You must log in or register to reply here.
Share:
Facebook Twitter Reddit Pinterest Tumblr WhatsApp Email Link