FREE In need of an artist 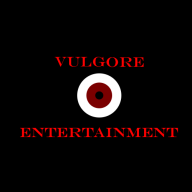 Engine: MV
Synopsis:
In a Universe comprised of one planet named Numi, creatures and gods from different universes are torn out of their world and brought to Numi. Numi, World of the Severed, has lost it's original gods. Not so long ago humans were ripped from earth into Numi, but they were not the first. The Dwarves were Europeans that ended up here hundreds of years before, and the elves seemed to be humans that landed here before even that...
You play as Henry, a young man who joined the hunters and his partner Roosevelt Wyman, a handsome man of noble descent. You'll be going through cities of dead empires, exploring caverns used by arcane beasts and finding loot that hold clues to creatures far greater than you. Fight against different antagonists to discover the true villain of the story, but will you defeat the mastermind behind the antagonists of your adventure? Such is only to be seen.
We are in need of an artist, any art style is acceptable, for our current project we need someone who is skilled at designing both characters, and tiles, as they would be essentially replacing all of MV's default assets with original artwork. It would be recommended for anyone interested to have a decent knowledge of animation, but it is not required. For communicational purposes, we would appreciate it if those interested posses, or are willing to create, a Discord account.

If you are interested, here is an excerpt from the game's lore, we would like for you to create a sketch or (if you so choose) a detailed drawing of the described elementalized humans as an example of your style and email it to vulgoreentertainment@gmail.com.

Crystallites are humans affected by Numi’s elemental changes. These changes replace bone with elemental crystals, make large crystal grow out of the skin, and make them infertile. The crystals are different based on the element that they adapted to, fire is red, water is a deep blue, earth is a light brown, air is a transparant white, light is a glowing white, dark is a deep purple/black, lightning is yellow and Ice is a sky blue. Most crystals are as tough as stone except earth which is as tough as iron.
The team consists of two people so far, one being me the writer/creative lead, the other being the coder/eventer. Thanks and hopefully you'll consider joining us.
Last edited: Jul 19, 2017
You must log in or register to reply here.
Share:
Facebook Twitter Reddit Pinterest Tumblr WhatsApp Email Share Link

I tried to make a face portrait.
it's the first ever time I try something like this, hope it came out decently even if it was my first.
49 minutes ago ••• 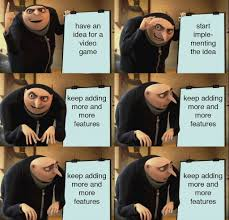