In Search of Dragons 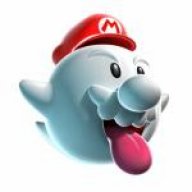 Is this game still being worked on or is Demo 3 just it because the competition ended?
Last edited by a moderator: Jun 22, 2012

It's still being worked on. The next release will be the full, finished game.

Two dungeons and sidequests+polishong and finish to go.

Have some screenies (I'm also a terrible screen grabber). For more details check my blog. Makes no sense to copy paste everything here, methinks. 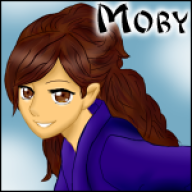 Those Screenshots are looking nice ^^

But I think there slipped a little typo through?

*facepalms* There goes the screenshot OTL

What's this about a wedding, Owen? (Or am I just reading into everything again?) 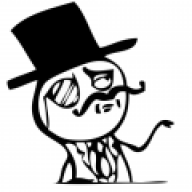 I played the demo as well

Probably didn't finish it, perhaps 10 mins remaining (2+ hours in). Here is my feedback:

* The arrow thingie is rather nice! It's nice design idea to keep the player not checking everything, everywhere in hopes to find something.

Also, it allows the player to "search" a lot of places that otherwise won't hint that there is anything in there.

* The story is interesting. There were plot twists that kept me going! I like that.

* Dialogue is also good! I like how characters reveal about themselves a bit. The little speech between the characters that was "ongoing" is also nice. (there was a spot where both ongoing and interrupting speech occurred at once. It's a minor thing).

* Skill design is very good! I used almost all skills depending on the situation. However, my innate drive to polish heads me to giving this advice:

The stance and the skill that increase countering chance are underpowered in my opinion. Let me explain why:

- counter attacks occur only on certain % chance. The hero's main attack isn't that much powerful itself to make any significant difference even if he counter strikes. Not to mention he has to suffer attacks to gain a chance to fight back. Also, again in the demo, he does not have the use of mana. Stances take 5 mana, yet no skill costs mana. I never felt any mana scarcity. If he doesn't have any mana-costing skills, different from stances, I suggest you ditch it.

Also, the mage's ability to call lightning is rarely used in the game since most of the heavy combat is going in dungeons. Perhaps this is a result of the demo since the cave took most of my combat time. I.e. I used burn and knockdown almost 80% of the times.

* Boss fights were intense. I like that. I was constantly checking my resources to see if I will make it on the long run. I also like that the random encounters were rather rare, not on every 10 steps. Typically 1 to 3 on a map.

As conclusion I can say I'm happy with the demo. You deserved the 2nd position in this round! Keep it up and you will deliver!

As I lack some experience I have some technical questions ^^

- how do you make that arrows show only when the hero is few tiles away from them?

- how do you make those nice "ongoing" messages?

- the instant skills? Is that a script or something I missed from the editor?

@Arcador: Thanks for the feedback and glad you liked it!

As for your questions:

The arrows go like this: there is in every map a parallell process checking what region you're stepping on. If you step in one of the regions (all in the item find area) it triggets a switch that shows the item spot. At the same time the "item find" event is triggered only with the "Show item" switch in the parallax process before enables the event to activate, which is a normal item find event (like a chest, only with an arrow graphic).

Both the "ongoing" messages and isntant skills are indeed scripts, both from Yanfly. Te GAB window script and the Instant Skill script.

Parallel process, regions - that is enough for me to tinker it from here! I also checked the scripts!

Another thing I remembered that may use improving - when the party returns from the cave there are few long narrative scenes. Combined they take a lot of non-playing time. This is minor issue, yet keep in mind some players lose their focus of what is going on, if they remain observant for a while. It's very "meta-thinking" thing and some players are not affected by it (they, in fact, love it). Others will simply begin hitting the action button and read between the lines.

Loved the demo. Great story, great dialogues and everything. Spent a lot of time laughing.

Used most of the skills (although I am the sort who does not sacrifice evasion or defence for anything, thus never used stances).

Items were well thought out.

suddenly I got just a black screen with "To be continued...".....I could have screamed...probably have...

Looking forward to the full version.

@Kilravok: Ahaha, I undertsand the abrupt continue screen is a killer. THe simple truth is that I was on a deadline for a contest, therefore I couldn't pull out anything else on time. (As it is, the last dunegon is already rough with bad balancing, I'm told).

Really glad you liked it! Hope you'll like the finished version too, I am so pumped for it >3

I so want to play this! But, I have my moral standards to keep up. So, time for my mandatory question before I truly consider playing a game. If this was rated by the ESRB, what would you think it would be rated, E, E10+, T, or M? Or, a more accurate question, does this game have any cuss words AT ALL, and could the intended product be presentable to a highly squeamish child? Please answer truthfully and in as much detail as possible.

@Luminous Warrior: Didn't think much about it, to be honest. THere are some...I think? But nothing like "Frick" or such "bad" ones. Off the top of my hand I can remember a few "hecks" and "damn" and insults such as "idiot" and "imbecile"? ANd there was one suggestive joke, maybe. As scinaya says, overall they happen less often than in disney movies XD

There aren't any particular mature themes that I can think of, either.

The squeamish kid thing, I've no idea. Do they find mild conflict squeamish?

Nah, there's nothign all that offensive about the game. Most of the time it's pretty light hearted. There's blood in like one occasion and, of course, rpg battles.
Last edited by a moderator: Jul 18, 2012

OK, in that case, I'll very likely play it when it comes out. Also, by "could the intended product be presentable to a highly squeamish kid ", I mean is there any extensive amount of blood, gore of any kind, large gaping wounds, flesh being ripped apart, bloody deaths, muscle or bone (in forms other than living (or dead) skeleton) showing, stuff like that. From what I've seen so far, the answer is no (only one screenshot you posted had anything that had any chance of turning me away from it, the one with what looked like a bloody alter), so I'll be sure to try this game once it's out.
Last edited by a moderator: Jul 19, 2012

Nah, ther'es no gore or blood spurting of any kind XD There's death (because it's a damn comabtive rpg) but its not that dramatic most of the time. 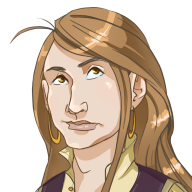 I just felt the need to put this here.

*wipes the blood off her nose*

While we're at cute...Yeah, I'm a full supporter of KeithxOwen <3

^^^(This is extremely out of character and does not happen in the game. Do not panic XD)

But yeah, the scene at the Inn triggered a lot of questions~ XD
Last edited by a moderator: Jul 30, 2012

I adore games with or about dragons. I read over the story and it caught my interest!

However, I tried to download it and was told it is infected. I am running Nortons and it says the file is not safe and removed it. Something about "Suspicious.Cloud.7.EP" and set as a high risk. 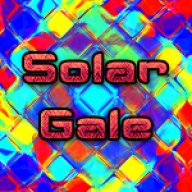 I believe norton does this with all installers generated by the makers. I think this is due to lack of information on the files (i.e. when not many people have downloaded it, it's hard to identify whether or not it's legit) but believe me it is. I also get this error and it's kinda annoying, you will probably have to restore it from the quarantine.

Just to make it clear to everyone, this has No Viruses, it's norton being overprotective.

Guardinthena
Just saw an article stating a Back to the FutureXTransformer comic crossover--and Doc Browns car is an Autobot. I am ALL FOR THIS!!
4 minutes ago •••

CHKNRAVE
Well I sure didn't know fans could overheat and die. Room fans.
31 minutes ago •••

CraneSoft
Felt like I dodged a bomb, my project was fine right after I force resetted due to a crash as I have yet to start working on it today.....
38 minutes ago •••