Including the Player in a Game's Story? 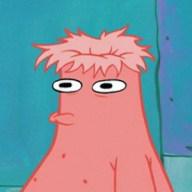 Obviously, there's a right and a wrong way of going about these sort of things, but what's YOUR personal opinion on things like this in RPGs?

When I say, "Including the player," I mean like you as the player being your own entity in the game that some characters in the game are aware of. Making the game self aware in a sense. 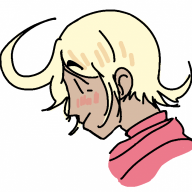 I think its really fun! obviously i wouldnt want every game to have this feature. But like, undertale/deltarune, off, and ddlc are all great and interesting games that use this and i love it

I truly have not seen a game that utilizes this effectively- although there are many games that I have not played and I am sure there's one out there that does.

My thought is that a game's plot would have to revolve around this idea for it to have significant impact. Otherwise it's a background detail.

I can think of certain characters that have such self awareness (Mystery Dungeon version of Pokemon's Hydrasion if you're looking only at RPGs, otherwise some writers' versions of The Joker come to mind), but they don't as much interact with the reader as much as make their decisions with the knowledge that they are fictional. And even then, this is treated more as a character trait than a plot point...

This is a very interesting question and I look forward to seeing what everyone has to say regarding it. I hope I've said... something helpful. I'm not quite sure what to say to this, but I'm interested in seeing what kind of plot you write with this idea.

If nothing else, I'd like to say: I'd play that game. Definitely.

Rockenberg said:
Making the game self aware in a sense.
Click to expand...

all games have *their* background story, and the player is thrown into it.
if you make the story about the player, it's no longer the game's story, but the player's.

you might be able to mask that, by making *the game's story* be based around *the player*, in a way so that the player can't escape being involved in the story.
for instance, in TES: Oblivion, when you finish the quest of Kvatch, people call you out as "the hero of Kvatch", ...and that quest is one of the first ones, it's practically unavoidable, and it sets up the whole game afterwards.
you're *meant* to become "the hero of Kvatch", whether you like it or not.
it's not an achievement, it's a feature.

in order for this to be "optional", so to speak, you'd have to set it up so that another character is meant to be the hero, and the player would have the option to take over that role if they want to.
otherwise, there's no forwarding the plot: the plot is stuck until the player itself forwards it, effectively making the player the center of attention.

I can think of a couple examples, though they involve some pretty heavy spoilers, since this narrative device is used as part of a larger twist in each.

It’s been ages since I’ve played it, but the Gamecube RPG Baten Kaitos: Eternal Wings and the Lost Ocean did something like this. The player directly controlled the main character, Kalas, but the player’s actual role in the game was that of Kalas’ Guardian Spirit, and you were treated as a separate character from Kalas. For example, at some points in the story Kalas or the other characters would face the screen and ask you for your thoughts/advice about a situation. Your answer would influence your relationship with the party, and if your relationship was strong, you’d have a higher chance to unleash powerful spirit attacks in the game’s card-based battle system.

The camera perspective on some maps was also designed to convey the idea that you were watching the party from afar. For example: https://vignette.wikia.nocookie.net/batenkaitos/images/b/bc/Cebalrai_high_quality.jpg/revision/latest?cb=20111107055107

Finally (major spoilers for the game):
When it’s revealed partway through the game that Kalas has sold out the rest of the party, you can choose to say either that Kalas went behind your back as his guardian, or that you were actually conspiring together with him the whole time. Note that the moment comes as a surprise to the player either way. In this case, setting the player in the role of the Guardian Spirit creates some narrative separation between the character of Kalas and the identity of the player in the game, which makes this twist a bit easier to swallow for players who aren’t on board with Kalas’ self-serving, villainous turn. On the other hand, it’s kind of fun that the game lets you roleplay as an evil spirit if you want to.
Ultimately, the game mostly relied on this narrative device for flavor, making it more of a gimmick than a central game mechanic. There were also some unfortunate limitations that went along with it - for instance, the game let you type in a name for yourself as the spirit, but it was also fully voice-acted, and the script wasn’t written around this. So when characters addressed you, there would often be awkward pauses in the middle of their lines where they were supposed to be saying whatever you put as your name. It made a lot of those exchanges sound stilted and forced - kind of like watching a gritty, high-fantasy version of Dora the Explorer.

As a second, different example, at the end of Bravely Default:
It’s revealed that the player has taken over the body of the protagonist, Tiz, and that beings like the player are known as “Celestials” in the game world. The big bad has a plan to break out of the game and into the dimension of Celestials, our world. He believes that Celestials are all-powerful beings who suffer from terrible boredom, and that’s why we spend so much time meddling with other worlds (i.e. playing games). When the villain is explaining all this to the player, the 3DS camera actually turns on to show the players their own reflection on the screen. Ultimately, the player prevails against the boss by drawing power from other dimensions - the people from their Friends List who also have Bravely Default save data (or if the player has no friends with BD saves, some made-up friends that the game gives you as you progress).
In general, this approach is something I’d probably only recommend doing if it’s central to the narrative you’re trying to create - it’s a high-risk, high-reward narrative device. Executed well, it can make for tough decisions, clever twists, and highly-memorable narratives. Executed poorly, it will drag your story down with cringeworthy moments and possibly even make the player resent their own role in the narrative. Personally, it’s something I’d choose to skip more often than not when writing a story.
Last edited: Oct 27, 2019 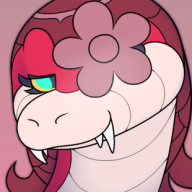 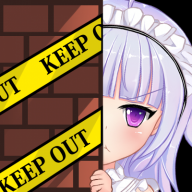 You can either do this for humor in a series with no fourth wall (ie. Neptunia) or make the player entity a central element to the plot (ie. Undertale), they are both great in their own sort of way so I'd say it's a really good thing if done right.

Lilly
Here we are....REMIND is out and what am I doing?
Still Playing Kingdom Hearts 3.....

TheoAllen
Escort quest is one of the worst quest ever because the AI tend to be suck and suicidal.
17 minutes ago •••