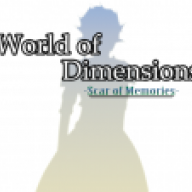 After more than 2 weeks busy with an assignment!
Now, I've time to relax. Btw, thanks @Indrah for playing "John de TNT"
I'm glad de TNT have some spot on Recommended Watches.
(although, it scores 1"Ugh" lol, BUT hey It's still have some score on it. So it's still good right? hhaha )

I actually watched the video. Glad you enjoyed it more than you seemed to in-the-moment ;u;
a few things:

Running- Yes I know. I had to remove the dash because it was causing some problems. I really wish I could put it back in...
I wanted to do pixel movement but it conflicted with picking up and throwing things.
Falling in water and holes- Definitely should remove it. It doesn't really add anything... There will hardly be anything that can damage you though.
No combat- Hahahahahahahaha. This is your fault, actually. In your review of Cookie Mountain Quest you said zelda style combat in RPG maker was a bad idea, and I took it to heart. Focused on puzzles instead. So you were actually responsible for that decision.
I assure you I'm aware of all of these problems and I intend to fix them best I can after the contest ends.

All feedback/ideas are appreciated. I like the map-checklist idea for example and will def add it in, but in 30 days I was already pushing my time and probably wouldnt have been able to do it...

@The Mighty Palm I mean, I AM a surly potato. Grumbling is to be expected XD
I don't think the issue is not having "proper combat" as much as how dealing with enemies turns out sometimes:
>Boars were not killable which was weird. I get they're probably not a "monster" but is there any reason to not be able to remove them?
>Taking damage has a wonky delay, so it's stupidly easy to eat a hit, fail to move in time or do it at the wrong time, take dmg again.
>Dealing with multiple chasing enemies (mostly thinking about the flamelets) was painful. Patrolling enemies you have to evade are completely fine, but the ones that chase you in tight areas are annoying, since the player controls can be sluggish with the turning, but enemies have no trouble moving. I'd remove the multiples there or expand the maps to be less grating.
It being a sort of self contained game with very specific gameplay I hope gets polished nicely. After 50 mostly bad or mediocre games with very few standouts (for my taste, anyway) it was a pleasure to play, let me tell you. Sure, it's not my favourite game ever, but it has a strong core, keeps to what it wants to do and has polish and a solid aesthetic. With some bugfixing and serious polish (mostly on conveyance and smoothing, the aesthetic is already great) I wouldn't be surprised it it got quite popular. I'd recommend putting it up on Steam for free or cheap, seems like the sort of thing that would do well.
For it being a monthly game it's extremely impressive, so kudos.
You must log in or register to reply here.
Share:
Facebook Twitter Reddit Pinterest Tumblr WhatsApp Email Share Link

overlordmikey
I wonder how one goes about picking a good font for a game. I find the default kinda lacking, but you gotta pick a font that's legible ya know.
Today at 1:00 AM •••