I release a demo of my game and a lot of player are giving me feedback that the ingame playtime isn't correct (which is shown when you save a game in the corresponding save slot).

Some people say, the played at least 3 hours (without dying or repeating something), but the ingame counter shows only 2,5 hours. On the other hand, some people tell me that the counter is ~4 hours, but they startet playing the game 3 hours ago.

I wouldn't mind if this was told to me by only a handyful of people, but now it's over 30 people giving me feedback of this strange behavior. 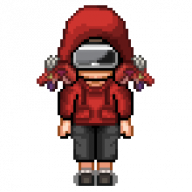 It also might be perception of time issues. I've tested my game with an actual clock by the computer, and the times match perfectly. So they might feel like they spend 3 hours, and really spent 2.5 hours.

In fact, in statistics, they found this is common in surveys, where people misrepresent the time spent as they go by how long it feels like and not how long it really is. So they will say things like my commute is 45 minutes, but if you timed it with an actual clock it is really 33 minutes.
Last edited: Dec 13, 2018

Or maybe it's an fps issue. Because mv is strictly tied to the monitor's refresh rate.

Like @Poryg said it's an fps issue. MV, by default, counts the total number of frames (Graphics.frameCount) and then calculates the play time considering that people are running the game at 60 fps. So there are 2 possible scenarios (not counting normal behavior when people play at 60 fps):

1) The player's PC is not powerful enough to run at a constant 60 fps (or the game dev limited the fps to 30? But why would he do that...). In this scenario the playtime will be lower than what it is supposed to be.

Honestly there is no simple solution to this, since they all require modifying the code. There's probably a plugin for that though (I don't know them since I fix these kind of problems myself). In most versions of MV that I used (anything lower than 1.6, not including 1.6), MV processed 60 fps on high refresh rate monitor correctly (meaning it only refreshes the canvas 60 times per second) but counted every frame, even those that didn't refresh the canvas. The fix is actually quite easy if you know how to code.

I th8nk you can use tddp time fluid.js to fix the fps problem?
Maybe if you put the playtime in a variable, and use ane plugins that have a sync data like himeworks.
So the olaytime will be atached to the variable, and them, the variable will not reset or change due to game over or not.
I think this would give you more control of playtime.
You must log in or register to reply here.
Share:
Facebook Twitter Reddit Pinterest Tumblr WhatsApp Email Share Link