This is probably a very simple question, but I have yet to find an answer.

I have a door that will only open with a password. I have set up an Input Number command of 4 digits in the event and added a Conditional Branch for when the player gets it right or gets it wrong. My problem is that, for example, if the player were to put in something such as 9876 and that was the incorrect code, when they access the event for a second time, rather than the original 0000 coming up for the player to change, it has remained at 9876. This is not a big problem for game play, but it is rather irritating to not be able to figure out how to make the input command revert back to 0000.
Last edited by a moderator: Sep 13, 2015

In control variables in the event, reset the variable's value to 0.
Last edited by a moderator: Sep 13, 2015 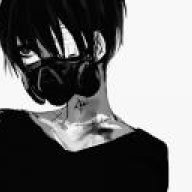