I am trying to creat a state like the instant death in the FF series but for some reason, I can't do it.
Just using the standard *death* state in a skill doen't work, the enemy doesn't die, he just can't move anymore.
Using a unique ellement doesn't work the way I want either, for that to work, all the skill that cause instant KO have to be of that element and I don't want that, I just want a normal effect that I can add to the skills that I want to.

Does any of you guys know how to do this?

I just want to create a regular skill that can deal damage and has a "x %" chance of killing the target.

It doesn't sound too hard but I can't figure it out.

thanks for your help. 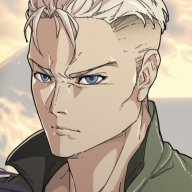 Hmm.. I'm sure there is a way of doing this as you need.

But wouldn't you be happy with just having a skill with a huge attack rating and 100% success of landing?

Then you could just set this skill to whatever turn number you wish.

That would be easy enough and surely your character wont have 9999 health?? Even if he does, you could repeat the action.

That much i know how to do but that's not really what I want.

Only a instant KO state can do that.
For example, I can have a skill that deals damage and also can KO a character with "x %" chance. Also, by making an enemy imune to that state, he will still recieve the damage but would't be affected by the instant KO part.

I've done this before using a skill that had a small chance to add a instant death state. It's very simple actually and all you have to do is open the database and head to the skills tab. Add or modify the existing skill by simply adding a death state (With a 15% chance or whatever you want to use) to the effects.
Last edited by a moderator: Jun 29, 2014

That doesn't work. If you apply the default death state to a target that doesn't have 0 HP, he doesn't die, he just can't act anymore.

That was the first thing I tried.

Just tested it in my project and it killed the opponent instantly.
Must be something with a script you added/played with...

yeah, last time I did it, adding death state (State number 1) does kill the enemy...


Code:
if you need chance

No idea if it counts as a necropost, but I will try my luck here.

So, I got the same problem with this instant death thing.

Just by seeing this topic here, I finally realized that it is not a default program behavior, so thanks for this!

Also thanks for the above formula! That should work pretty well, but how could I turn the damage number display off if the randomizer check returns true (aka, when the instant KO should apply)?

I don't want my players to see the exact HP of the enemy, and that would just look not so "decorative" in an RPG game, in my opinion.

Anyway, another problem would be making resistances to it and variable chances for it to happen based of the equipment equipped on the player. This could be done with some eventing, I know that, but it would (most probably) require some parallel processes and my game actually uses A LOT of them already in huge puzzles, so I would want to minimize parallel processes as much as I can.

And my final problem would be showing the resistance and infliction rate on the status screen (I'm using Blackmorning's elemental status addon script for that), and I'm very picky about this one especially.

So adding all this up, and my new-found knowledge that this is a problem generated by a custom script (which I have A LOT also - over 200 and still not finished with them yet), I decided that the best way to fix our issue would be to patch that problematic script. So, can I ask you which custom scripts are you using? If you have a shorter list than me (which is very possible ), it would speed the fix up for both of us.

Also, could anyone tell me where to look for the "apply.death?" (i just made this up, no idea how it actually looks in the code itself) state? Or where is the check for it? I just assume that it's name includes "death" or "dead" or something similar.

I made a lot of compatibility patches and many edits to custom scripts made by others (visual and functional edits too), but when it comes to battle scripts, I am clueless, especially because I'm using Battle Symphony with an active time battle addon, with active button inputs, and many other minor changes, which just made my battle scripts around 12000x more complicated. >.>

Alright, enough with the wall of text, right?

Thanks for the help in advice, and sorry about the big wall of text!

Thank you guys for the help but I still can't do it the way I want.
But I found something.

Isn't it possible to use the  "Yanfly Engine Ace - Lunatic States" script to do this?

I should be abble to create a state and use the tag  <apply effect> to cause the target damage equals to 100% of its HP.

I think that this would solve everything, it would be exactly what I want. I could creat the "Instant KO" state and add it to some skills and some enemies could be imune to it without being imune to the standard KO state.

This would be perfect, the only proble is, this script is a little to advanced for me. I'm sure that it does what I need but I need to write a string that causes the target 100% of HP in damage and I have no clue how to do that.

Can you help me? Shoul I post this in another place of the forums?

It should work that way, that's what that state is created for.
Do you have any scripts that might have changed that?


Did you change anything on the state #1?


How did you try to apply the death state with a skill? Please give a screenshot of skill and state if possible

Ohh, I totally forgot this topic.

With this, all of the default animations assigned to the skills from the database are erased! You need to make/trigger everything with symphony tags, including animations, movements, effects, etc.

With this, all of the default animations assigned to the skills from the database are erased! You need to make/trigger everything with symphony tags, including animations, movements, effect
Click to expand...

THANKS! I was really looking around for this

overlordmikey
I wonder how one goes about picking a good font for a game. I find the default kinda lacking, but you gotta pick a font that's legible ya know.
Today at 1:00 AM •••