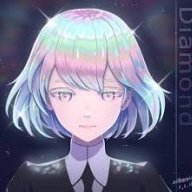 I have an issue with Yanfly's Class Change core plugin...
I would like the player to be able to open the class change window from the actor's command menu. I do that by using:

However, it conflicts with the ITB plugin: When I close the class change window, I want to return to the same actor's actor commands.
However, as it is now, the turn starts from the beginning - with even the actors that already had a turn, getting a new turn. 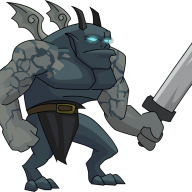 Is there a way to cancel the <free_itb_action> feature of a skill? you know, something like <Cancel Instant Skill: x> in Yanfly's Instant cast. I need this to prevent spamming the same skill over and over. Thanks. This plugin is awesome!!!

@Gargoyle77 why not use STB with instant cast instead?

Zarsla said:
@Gargoyle77 why not use STB with instant cast instead?
Click to expand...

Just tried what you said, but when an actor finishes casting an instant skill, nothing happens. I mean, the game doesn't crash, but the actors and enemies are standing there and the turn never comes. Tried casting the skill without the instant cast and it worked, so something is wrong with the instant cast.

something is wrong with the STB, actually

as far as i know instant cast still Works with ITB

kovak said:
something is wrong with the STB, actually

as far as i know instant cast still Works with ITB
Click to expand...

ITB has its own instant cast, and it works pretty well. The problem is that I can't find a way to disable the instant cast feature of skills like Yanfly's plugin has. If I could do that, I wouldn't need nothing more. 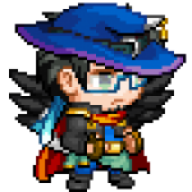 @Zarsla I think what @Gargoyle77 Is trying to say is that they want a skill that you can cast once, and only once, and then be able to cast a different spell.
@Gargoyle77 If I understand you correctly, what you probably want is Yanfly's Cooldowns, just give the "instant" skill a cooldown of one and then you have to wait a turn before being able to cast the "instant" skill again.

EDIT: I would provide a link but I'm on my phone right now, but you should be able to navigate to it through the links Zarsla gave.

if you, @Gargoyle77 want what @SuperMasterSword mentioned here's the link to the skill cooldowns. Make sure you also have skill core. 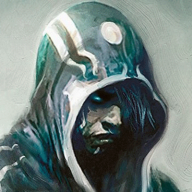 I know this should be pretty straightforward, but could someone explain me how the turn order display works? I switched from Yanfly's STB to ITB due to problems I had with Force Action and Action Times+, but it seems that displaying a turn order (which is crucial to my gameplay) is not as simple as just switching a parameter on.

Do you need a separate new image file? Can't you somehow generate the required images through the existing faces/images of actors/battlers as it happens with Yanfly's CTB or Turn Order Display plugins? Unfortunately the latter isn't compatible with ITB :/

Is this plugin still being supported? Yanfly is no longer supporting STB, so I'm starting to worry that ITB will begin to fade away too. (Plus you can't use any VE plugins with Yanfly's Battle core, which powers half my battle system as it is...)
Can anyone confirm?
Last edited: Jan 8, 2018

It does, it's Victor's CTB plugin that can't use Yanfly's battle core. I only mentioned it because STB, ITB, and Victor's CTB are all comparable in terms of gameplay and each could be modified to behave like the other. But STB has discontinued support now, so if it breaks for whatever reason, and ITB discontinues support as well, what's left is Victor's CTB which isn't compatible with yanfly's battle core, which in turn removes the option to use almost any of yanfly's battle plugins.
....I like this battle system and I don't want it to die. QAQ

Well with the plugins made by yanfly are unlikely to break, since yanfly really doesn't mess with battle core any more. The last time he did was just to edit the format if the plugin parameters, not any of the coding.

Welp, I just updated all my yanfly plugins and ITB seems a little broken now. No matter what I do I can't get another action when hitting the enemy's weakness. No changes to my database, no changes to the position of the plugin in the stack, no new battle plugins, and I'm not using Battle AI so that's not the issue.

Guess it's either revert all my yanfly plugins back to their pre-mv1.5 versions, or swap to STB.

I've updated mine and had no issues.
Better find which plugin is causing this issue instead. 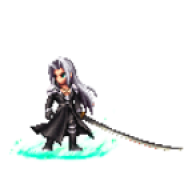 I'v been playing Final Fantasy Brave Exvius (android game) and I liked the combat system there... I have been looking for a plugin that could create the battle mechanics from that game and ITB is the best I was able to find.

However, is it possible to select which battle party member will have their their turn next, basically not affected by agility. With ITB, agility determines the turn order, but if for example I need to dispel the enemy/boss, or buff my party before my other members do their attack, and my unit that does dispel/buff will perform their action last in this turn, then this will obviously not work as intended.

An example, notice in the video when Warrior of Light breaks the stats of the boss, then Soleil buffs the party, and then our attackers do their magic

@DWizard I've been working on a similar system- ITB and Yanfly's STB both have trouble switching between actors, so I found it's better to use the default battle system and Yanfly's Instant Cast.

Make two states; the "battle system" state for your players, and a "used turn" state for after they've acted.

In the "battle system" state, apply instant cast to every single skill and item. Something like
<Instant Skill: 1 to 200>
<Instant Item: 1 to 200>

This makes any action they select happen immediately. It also gives them infinite turns, so let's fix that: make your "used turn" state as a dead-simple one-turn Stun, lasting to the end of one round. Now, in your "battle system" state, add
<Custom End Action Effect>
user.addState(replace this with the used turn state ID);
</Custom End Action Effect>

That way, they get stunned after acting, so they only get one action per turn. In the Auto Passive States plugin parameters, set the "battle system" state as a passive for the player party.

Now, this gets you most of the way, but there's still a few weird behaviors like ending your turn if the guy in the far right acts. I have a tiny plugin I made to adjust that, I'll try and clean it up and post it tomorrow, when I'm not at work.

@Doktor_Q , Thanks for the reply, I tested this and it worked just fine with DTB... Now my only problem remains how to get my units act in the order I want (or a battle situation demands). I guess I could do some placement tweaks through formation menu, but still its not a perfect solution.

If you're using the Yanfly battle status window, it has commands for left/right and pageup/pagedown to switch between actors, but that runs into the issue I mentioned before- and is really what the tiny plugin I wrote addresses. I'm cleaning it up to work with more than just that plugin, and so you can change settings without editing the code.

[EDIT]
@DWizard I finished fixing up the plugin. Just drop it in below any battle HUD / GUI plugins you have and it should work? It requires Battle Engine Core, but you should be using that already for Instant Cast. Let me know if you have any problems with it or find any weird bugs.