Sorry if this is in the wrong thread, I thought this was the most appropriate, but if not could someone move it?

I recently thought about my interior maps, and I recently came upon the idea of perhaps for my cities/towns, instead of making a map for each house/level of house, I could make one very large interior map for the whole city/town. Though I'm not sure which would take up more memory having several large maps, or a ton of smaller ones.

(Memory came to mind because I would prefer doing one that'd make my game quicker to download, and also lag as little as possible.)

Other ideas came to mind as far as trying to find a specific interior might be harder when its all on one map for said place. Also I figured it might be harder since I'd be limited to maps that are 500x500. So I'm not sure whether that'd be too much/not enough space for the interiors of a few houses and shops as well as perhaps a couple other things that vary based on the area (like a church or library, whatever might be within your project really).

So, I thought I'd get other thoughts on this maybe get some pros and cons? Anything would be appreciated, though of course I'm also hoping to spark a discussion, see some of your views.
Last edited by a moderator: Mar 15, 2015

I have just today finished a map which showed two houses on the same map - okay, rather less than you're thinking of, but one of my problems would carry over to your idea and be multiplied a hundredfold.

I use Map Names.  Every time the player transfers the name name comes up.  This, imo, is pretty essential so that e.g. the player knows that the side quest they picked up was from the NPC in X's house.  However, both houses are on the same map, and I couldn't find a way of differentiating between the two.  Transfers always showed the same name, irrespective of which house you were in.  Both houses had to be seen together, as they join each other, but when the player transferred from one to another in the end I had to do a transfer to an identical map, with the name of the other house.  If you're not using map names, then this is not an issue, if you are I think you'll have big problems.

Another problem that jumps out at me is lag.  Unless you, for example, use Effectus, I think it is inevitable that you'll have lag because of all the NPCs, items to be found, transfer etc. etc.

Then there's the issue of tile sets.  If your interiors are all much the same, then no real problem, though there is the potential for it being a bit boring.  However, if you want shop tiles, and tiles for the wealthy houses, the poor houses, the inn, the tavern, and so on, it might become difficult to cram absolutely everything into one tile set.

Thinking about it from the point of view of the player, I'm not sure that I can see any great advantage.  Given screen size, the player isn't going to see much else of the town except the house they're in and possibly a bit of a neighboring house, so it won't make much difference.  Is it worth all the extra hassle for that?

Of course all the above assumes that you have more than 2 or 3 houses in your town.

I normally did it for shops, but for houses I do think it could be such a hassle to do that. I do suggest just mapping them separately unless you're gonna hit the 999 map limit.

Okay, so based on what you've said there isn't much sense in making larger maps rather than the smaller ones. (Except to avoid that 999 Map limit which is unlikely to be reached anyway.)

I thought perhaps it might be more efficient but I suppose not. I mean I could remove some of the cons since I wasn't gonna have map names, and I do have an anti-lag script, not Effectus one of the free ones. (Though hopefully I'll be able to pay for some of the more desired ones in the future.)

However you stumped me with tilesets, I thought about Parallax mapping to fix that issue, but then I realized, "Wait, that is a huge parallax map, I'd be better off doing smaller maps with that too.)

However this isn't totally for the benefit of the player I was thinking more for me. (And also perhaps if it maybe made downloads quicker say if I did this maybe a 395 MB Project would instead be like 213 MBs. I dunno if people care too much about download time, but I know I can be impatient at times, so I was thinking about that for others who may also be impatient.)

Your file size will be influenced by a whole host of things other than having several small interior maps instead of one large one.  If you are concerned about your file size, consider doing some/all of the following:

Don't include any resources that you're not actually using.  This includes a lot of default stuff.  Better to export it now while you're at the beginning and import what you actually need as you go along.

Convert all music files from mp3 (which doesn't loop properly in RM anyway) to ogg vorbis using Audacity (free program).  That can save you up to 60 - 70% of your audio file size.  If you're using wav files, these are even bigger.  Convert them.

Put all battle animations (from the Animations folder) through Tinypng.  Without any loss of visual quality you can save 60-70% of that folder's size.

Parallax maps will bloat your file size enormously.  Only use one if there is genuinely no other option.

Now I completely understand parallax mapping taking a big chunk of one's space, but suppose you were using VX Ace and you were planning to use XP Tiles? I was figuring the feasibility of using XP Map tiles for awhile now, and it seems the only way to use them 100% efficiently is to parallax.

Do you have any suggestions for this?

Also I see what you mean about mapping sizes not really influencing things all that much. I made a test project just to compare I had 7 smaller maps and 1 large map as my comparison, and the difference was hardly worth mention.

Depends what you mean by using them "efficiently".  No, you don't need to use parallaxes to use them effectively, but that's not the same thing.  It is perfectly possible to produce some stunning maps in Ace using XP tiles in the editor.  Parallaxing can compensate for some poor mapping skills, but it will emphasize others.  Much better, I think, to hone your mapping skills so that it no longer matters where your tiles come from, you can just use them.  Then you can decide whether to use parallaxing or not, as the specific map requires, rather than using it because you decided to parallax your maps, irrespective of anything else.

Besides all the great advice from ksjp, one thing I would also think is that you would have to space the interiors out enough so that you're not seeing the edges of one house's interior while in another. To me, it would not be worth the hassle.

Also it would be harder to manage any autorun events you might need.
Last edited by a moderator: Mar 20, 2015

mlogan said:
Also it would be harder to manage any autorun events you might need.
Click to expand...

My solution to that has been to increase a variable related to that autorun by 1 whenever I enter the interior, then increase it by one again when the event is done. Crude, but effective. Plus, since it is only a progression variable stating what step in the quest (or events) you are at, it doesn't matter what the real value is as long as I keep everything in sequence.

Now, about the original question: I think all of the same type of map can work. Personally, I have one map for all my shops in every town, and it has worked well to this point. However, I only have abut 5 shops or so in a town, and with each about 10 x 10 + 20 tiles spacing so you can't see the other shop, it works out to about a 90 x 60 map to do 5 shops (with room for a 6th if I need it). 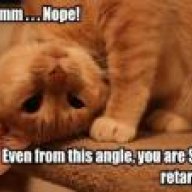 As long as the page to turn off the auto-run event is higher than the page that starts it, you should be able to use 1 variable per town with each building setting the variable to the specific number needed for its auto-run event.
You must log in or register to reply here.
Share:
Facebook Twitter Reddit Pinterest Tumblr WhatsApp Email Share Link

STARFALL
User of Mv3d/ Mz3d and Rosse engine. New Resource Pack on development "Halloween Stones" . Leave ideas about what you want to see on this package. 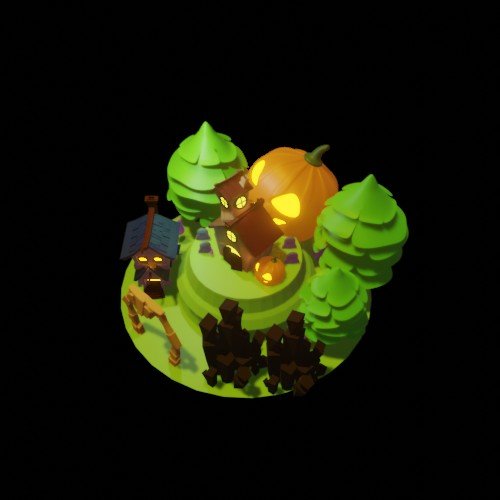 OmnislashXX
Looking at Code abd knowing that it made sense at one time. Ugh..why did I ever stop? Well I guess it will come back to me.
Yesterday at 8:45 PM •••

taarna23
Well, Blizzard... thanks for making it easy to decide what to delete to free up some hard drive space... I guess. Ugh.
Yesterday at 7:35 PM •••

Aslanemperor
So far, I've rated 5 of the games out of the 120 submitted. Competition is fierce! There are a few which I played and thought "Well, at least my submission is better than this one." but there's at least one which is far better than mine (at least by my judgement.) Trying very hard to rate games fairly and only comment when I have something constructive to say. Good luck everyone!
Yesterday at 6:19 PM •••