As part of my interview series, I'm speaking to prominent developers/contributors in our RPG Maker Web community to gain insight on their inner workings. Today we speak to Artbane, one half of the Solest team that created the epic seven-chapter superhero saga Master of the Wind, the hugely promising demo of X-Noir, and most recently the dark moody puzzle-adventure game Labyrinthine Dreams, which launched a successful Kickstarter to the amount of $6,000, and is now available in Steam stores for $3.99USD. The graphically upgraded and revised Labyrinthine Dreams is a short puzzle game about overcoming the scars of the past and following the right path, even in the face of overwhelming challenges.

Thanks for agreeing to have this interview with us, Artbane. First off, tell our audience exactly who you are, for those who may not know.

Thanks Benny. I've been toying around with RPG Maker since the 2K days but I didn't really get involved in the community until RMXP came out. That's when I started my superhero fantasy epic Master of the Wind with my partner Volrath. That was in development for 6 years but was finished back in 2011. Since then I've worked on the games X-Noir and Labyrinthine Dreams and formed my own game company with Volrath. Golem Puzzle in Master of the Wind​
It started from a demo, which grew into a $6000 Kickstarter, which grew into something more. You're releasing a beautiful game on Steam called Labyrinthine Dreams soon. What are your thoughts right now as you are releasing your first commercial game?

I have a nervous excitement about it. I am optimistic it will do well but I still have anxieties of course about its release. Not so much that there will be any technical problems but how the larger game community will receive it. I'm hoping it will find an audience that will have an emotional attachment to the game.

I think it will. Traditionally, games have been a form of entertainment, but only recently have people begun to realize it can also be a medium for artistic expression. Being a very distinct game in tone to other stereotypical RPG Maker games, what inspired you towards the story of Labyrinthine Dreams, and how do you think it can inspire others?

The game was developed during a very emotional time for both of us. For me, I had been dealing with a chronic illness that made it very difficult to work. I had this feeling that the illness was holding me back and I was unable to move forward. That was an inspiration for the monster that pursues Beth throughout the game. In the end, like me, Beth realizes that she doesn't have to play by the monster's rules. I'm hoping other people that are dealing with their own monsters will be able to take away something from Beth's growth. X-Noir​
I understand that this is a very personal project to both of you. What were your greatest fears entering the project, and how did you deal with them?

My greatest fears were not so much the story which had general enough themes that I felt most people could identify with them. It was that we were taking a different approach to the design. I wanted to use "gameplay as metaphor" in that the puzzles each represented a different aspect of Beth's life. I wasn't sure how all the puzzles would fit in when I originally designed them but in the end we were able to weave the story around them to make them all work. I think overall it makes it a more flowy experience.

Both have you have poured out your heart and soul into this project, ensuring it will be a success. If all goes well and the game sells, what is the next road of adventure for Team Solest?

There was some debate but I think we're set on returning to the world of Solest with our next project. We already have a game in early development codenamed Project Kobold. It takes place post Rain of Fire which was a cataclysmic event in Solest lore so it's sort of post-apocalyptic fantasy. And as the codename suggests, it stars a Kobold. We already have a team of people lined up to work on the game so if all goes well that will be our next commercial venture. 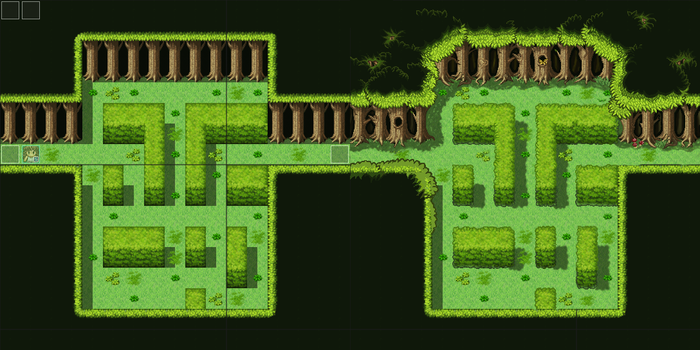 Labyrinthine Dreams​
Cool. Lastly, to conclude our interview, I will introduce the section of questions that I ask every interviewee, the "5 Favourites". They are as follows:

Nice. Thanks very much for the interview Artbane, and I hope all the best for you and all of your future dreams.

[This is the twelfth part of a multi-part series that will be released every few days, whenever I get the chance.

Puffer
attack on titan keep reaching a new height with each episode, aaa I can't wait another week for a new episode at this point
Today at 11:47 AM •••
Krep
How do i make profile picture
Today at 8:58 AM •••