Is it a possibility to loop victory music at the end of a battle? 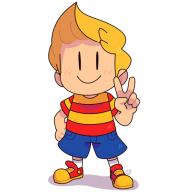 Hello! Over the course of the night, I've been figuring out how to loop music tracks in MV. Finally, I was able to create a successful loop of a section of Final Fantasy VI's victory theme (as an example) using Audacity.
I'll spare the other details and just say I got it to work... but only in the BGM folder. See, my issue is that I wish to have the looping song at the end of a battle (a victory so to speak), but it will only play once and then fade out. Despite successfully making a loop, in won't work in the ME folder, and that is the only one the game allows me to access for battle victory music.
If anyone else has encountered this issue and has been able to find a way around it, please do let me know how to fix this.
Thanks so much!
-Taz

Make the file bigger, that's the only solution. Or use a plugin for afterbattle events and loop the song using that plugin. But honestly, why looping the music? Victory aftermath is supposed to be brief.

Poryg said:
Make the file bigger, that's the only solution. Or use a plugin for afterbattle events and loop the song using that plugin. But honestly, why looping the music? Victory aftermath is supposed to be brief.
Click to expand...

Thanks, I'll try the plugin.
~And with the looping music, I'm going for something Final Fantasy-esc, where the theme loops instead of halting and leaving the aftermath in silence. I know it's a brief moment in the game, but (at least in my case) it adds an odd, uneasy feeling after each battle.

Edit: I just started to test out Yanfly's plugin, and to say the least, it did the complete justice I wanted it to. I guess I should've looked deeper into the forums before making this thread, so this has no more purpose.
Last edited: Jul 15, 2017
You must log in or register to reply here.
Share:
Facebook Twitter Reddit Pinterest Tumblr WhatsApp Email Share Link