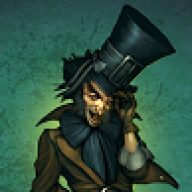 I got some questions about ressource legality.

So I know that for Lunareas ressources it is allowed to use it in non commercial. But she wants to get asked if it's a commercial project.

Is an asking for donations in/after the game something that would count as "commercial"? (in general not especially for Lunarea)

The other thing is. I found some famous songs made with the Advanced Mario Sequenzer. I bet you know this thing.

Is it allowed to use them in normal and commercial project?

Could the music company who owns the song sue me or is it different enough to the original?

Could the guy who made the songs with the AMS sue me for using his work? (in case he would recognize it, but I just assume that he would)

I don't know about the second part as I've never heard of what you are talking about, but as for whether donations or anything else = commercial that is up to the creator of said resources and you won't find a cut and dry answer for it. For instance, Victor Sant has it in his terms of rights that any monetary gain of any kind including donations, contest winnings or even advertisement gains = commercial use and negates your right to use his scripts; others might be more lenient in what they consider to be a commercial venture, however if it isn't explicitly stated I'd be wary of proceeding without clarification from said resources' creator.

That's why it's always best to contact the creator(s) of said resources and save their replies for future reference. Honestly I'd suggest contacting them even if they state that your usage is completely fine in the case of commercial resources because one day they might change their terms of use to something that suddenly makes your usage of them illegal, I've seen a couple of projects die or have to be completely restructured around such things in the past. So in short, always ask and you won't have any problems, it is the discretion of the creator that decides what is and isn't an accepted use in most cases.
Last edited by a moderator: Jun 5, 2014

Is an asking for donations in/after the game something that would count as "commercial"?
Click to expand...

You will not find a blanket statement that covers all of resource creators because they define "commercial" differently sometimes. Some people consider it commercial when any amount of money is involved - even small donations. Others don't consider it commercial unless you're actually selling the game. And there's even a few resource artists that don't consider your game commercial unless you've sold a certain number of copies or made a certain amount of money via sales.

Your best bet is to contact the resource authors directly.

So for the second thing, your asking if you could use a cover for a famous song that you found online without getting permission from either the copyright holder or the person who did the cover? That's a no on two counts, they could both totally sue you, at the same time even.

Ok, are you completely sure about that?

who I should/must ask to use the songs? both of them?

Yep. The original publisher has the rights to the actual song and the cover artist owns the things that he did to change it.

I already tried to contact both of them but never got an answer.

I could do the Musik myself, the videos show how to do it. But why there is a copyright on that? Is there no possibility to avoid that?

I'm not sure why you'd think there shouldn't be a copyright on it. If you follow someone's tutorial and make something that is exactly like what they did that doesn't mean that you now have copyright, it's still their song. If you make your own music that isn't a cover or anything then you have the rights to your song. I don't know about the legalities of using Advanced Mario Sequencer to make that song, you'd have to find out from the people who own the rights to that program. It might be spelled out in the EULA. My guess is that Nintendo has retained rights to the sound fonts, in which case you have to follow their usage rules for how you use their sounds.


Is there any reason you need this song in particular? There's a lot of legally free to use music out there.
Last edited by a moderator: Jun 5, 2014

Well there are so many great songs made with the sequenzer. especially one song which would be the perfect song for boss battles.

I played Final fantasy 7 when I was a kid and that boss battle song totally got me. I never before or after admired a song that much in a game. I love it.

That's why I whish I could use that song because I had the same feeling on the AMS version when I heard it first.

It might be worth while to hire a composer to write something new with that as an inspiration then. It won't be the same song at all, but a skilled composer could surprise you with a song you love just as much. It works even better if you can give examples of other songs that have the same feel in your opinion. 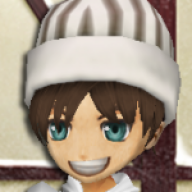 Well using stuff like that music may not be legal for a commercial game. The best bet would get someone to make something that was inspired from it. Or might I recommend this DLC pack: http://www.rpgmakerweb.com/a/music/classic-fantasy-music-pack

It's got a boss battle theme that's reminiscent of old RPG Boss Themes. I hope that helps.

That DLC is a bit expensive for 15 Dollars...

Well I guess my best option is to let a musician interpret the song and make a complete new one.

I know enough musicians I think. But the good thing is. Music is the last part of a game which I would do, so I still got plenty of time

William MC said:
Well using stuff like that music may not be legal for a commercial game.
Click to expand...

No, there isn't even even a gray area on this one.

First, when dealing with all things copyright, whether or not you are making something for commercial or non-commercial use is irrelevant. Copyright law (in the US, and I believe most if not all Berne signatories) doesn't care.

When something is created, the author owns the copyrights to it. The notes I scribbled down in my notepad a half hour ago? I own the copyrights to that page. The odds of me registering that copyright hover somewhere around nil, right about the odds someone will copy them, and about the same as if I'd care if they did.

Music is different - especially published music (which anything 'famous' would qualify as). Notable Exception: anything written/recorded prior to 1923 is Public Domain (that was the cutoff year for the last retroactive copyright extension). But there's a difference between the music and the performance. If I put together an orchestra, or some synth software and do my own rendition of Beethoven's Ninth Symphony, I'm fine: that's Public Domain. If the Boston Philharmonic performed Beethoven's Ninth Symphony last year, they own the copyright to that performance. I can't just record their performance and use it.

That's the difference Sharm was alluding to. In the OP's case there is the original composer of the music, who owns the copyright to the music composition, and then there is the person who created their 'rendition' of it (let's assume legally, to avoid gray waters, but I don't think it matters).  If you want to straight up use the new rendition you need the permission of the composer to use the music at all, and the permission of the owner of the copyright to the performance (the 'performer' in this case) to copy that specific performance.

There are websites with loads of sound files available for various uses - be sure to read the terms, generally if there's a low-fee and a high-fee license option, a video game is generally going to fall under the latter, because it is permanent - as opposed to simply playing a song in a nightclub where the music is heard and then disappears, or is used as part of a promo trailer for an event, and (effectively) disappears when the event is over.

There is a lot of music that is licensed free for non-commercial use: as everyone said, check the license for the specifics.

Incidentally, and this drives me crazy when I see it: anything released without a license for use is illegal to copy and use for anything [loads of scripts and code samples get posted like this, not just for RPG Maker, in general]. Without a use license, copyright law says you can't copy it. at all. for anything. Simply releasing something does NOT put it into the Public Domain - you must either explicitly do that, or even better, use a 'copyleft' license, some version of the Creative Commons, BSD/MIT licenses, etc... - those are always legal, assuming they're written somewhat clearly and by the copyright holder. Public Domain attribution can be gray.

Oh, and stay away from anything GPL'd. If you put any GPL'd scripts or music or anything else into an RPG Maker game you may no longer share it with anyone, commercially or not, as it is impossible to comply with the license: that's not a bug, it's a feature.

I hate trying to figure out what licenses mean. I'd love it if someone would make a thread and put, in plain old English terms, what you can or cannot do under each license, and give examples of when they would be used.
You must log in or register to reply here.
Share:
Facebook Twitter Reddit Pinterest Tumblr WhatsApp Email Link