Is it possible to Export with a Windows PC to Mac? 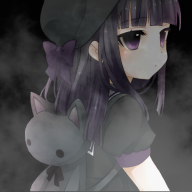 I have version 1.5.1 and I wanted to ask if I just can export my game to mac and this would work then on mac... I dont have mac just windows... But I heard you need a mac to export to mac... is this true? So isnt it possible to export with windows to mac?

edit...
as Ander say
my wrong information may make more confuse
so I edit out
Last edited: May 1, 2020

Oh thanks then I have to stay with only windows

@KiraNet contrary to what @pasunna said theoretically it is possible to export to Mac from Windows.

MacOS and Windows both need the OGG format. The m4a format is needed for mobiles (android/iOS), and NOT for MacOS. And even if it were that would not be a problem because there are a lot of free programs to convert audio files (like audacity for example)

The problem of not having spaces in file and foldernames again has nothing to do with MacOS. RMMV creates HTML5-games, and that means that all file and foldernames should follow networking rules (which include no spaces and several other rules) on EVERY computer and system. That includes Windows, because even the windows override to force the browser into accepting spaces often fails. Or why do you think the spaces are replaced with %20 on every browser error- or file-message?


The main problem on exporting for MacOS on a Windows computer is that the MacOS file system contains flags that do not exist in the Windows file system. As a result the export from the Windows computer will show up as a folder and remain a folder when transferred to MacOS, simply because the flag that tells the Mac to display and handle the folder as an MacOS-app is not present.
And it needs someone experienced in the workings of a MacOS system to repair that afterwards - until then you would have to manually enter the folder to select the gamefile to start, something that is otherwise automated on MacOS as soon as the folder is declared as an APP.