Is there a plugin to automate events when character reaches specific levels? 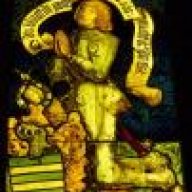 Does anyone know any plugins that add "conditionals" to main character level ups? I want to automate specific events when I get the character to predetermined levels? Example: Player reaches Level 10: and triggers a common event to start a quest - Player reaches Level 40, and automatically is given a specific skill (again, easy enough to event). I know I can probably play with the variables... but I hate ALL that variable chasing...

A parallel common event that checks the actor level throughout the game and which looks like this :

This can easily be done with common events. But since you asked for a plugin, I'm moving this thread to JS Plugin Requests. If you feel like going with the event way, just say so and I'll move back your thread.

You could do it with events, but it's inefficient to have it check repeatedly, for the entire game, for something that will only happen a small number of times. If you went this way, you'd definitely want to put in a Wait at the start of the common event.

I have a plugin that lets you attach variables to an eval statement. I am not sure if the map is refreshed when a character's level changes (on my work computer and don't have MV so can't check). But you could try it out - use one variable per actor, and have your event trigger when the variable exceeds whatever it needs to be.

Linked Variables 2015.11.11 by Shaz Introduction This plugin allows you to link variables to commands, so the command is evaluated and returned as the value of the variable. This allows you to use a variable in a conditional branch rather than a script call, or perhaps a series of commands...


An even better approach would be to let you specify in the actor notes what switch you want turned on each time that actor levels up, and a very small plugin to turn on that switch. Then you could use the switch to condition a common event, and in the common event put the actor's level into a variable and have a series of conditional branches, one for each level of interest. If that sounds like something you want, and nobody replies with a better solution in the meantime, I could probably code it up for you later today.


LordFleck said:
Player reaches Level 40, and automatically is given a specific skill (again, easy enough to event)
Click to expand...