Is there any reason to encrypt games at this point?

Unless they're planning on profiting from what they took, does it even really matter?
Click to expand...

They've gained access to something that they shouldn't have in the first place, so yes it matters. Just because they dont profit from the copy, it doesn't mean that it's totally harmless. A simple lack of respect can go a long way down the dark roads if we let them be.

But tbh, even if I did actually manage to make my own encryption, I just returned to the normal way the engine handles it because its just way too bothersome to always do that extra encryption everytime..

Right, but my impression was that his use of locked doors was meant metaphorically (encrypting code) not that he was implying that the aforementioned zero-sum game was an issue.

HikariJake said:
And I have a small hope that someone will offer a decent encryption method for VX Ace, lol. Because as of now, there is none that I know of.
Click to expand...

It's pointless to make an encrypter and then a subsequent decrypter in game for a public release, because all that's needed is just a decrypter tool, which is entirely possible to be made in terms of public releases. It'd be necessary to have someone make your own private one.

Can we have more choices in the poll though? The only choices there are the two extremes (as secure as possible vs open source), while it would seem like more people are on the middle ground of just using whatever encryption is available so its nonot entirely "as secure as possible" and also not "open source".

As for a custom encryption for Ace, afaik there is one out there somewhere (I encountered it way back when I was making my own encryption). I forgot the name or where to find it though. But yeah as said above, if the encryption mechanism is available for public use then a decrypter for it can easily follow.

Engr. Adiktuzmiko said:
Can we have more choices in the poll though? The only choices there are the two extremes (as secure as possible vs open source), while it would seem like more people are on the middle ground of just using whatever encryption is available so its nonot entirely "as secure as possible" and also not "open source".
Click to expand...

I thought about it but then I was like, "If you don't want to make your encryption secure, why even encrypt your game?" But I guess if you just want to meet the requirements of some EULA, then you could want to just lazily encrypt something without good security (not saying I would do that, don't take me out of context here). Well, alright, I'll put an "other" option.
Yes, I know that some people will "only use what is available" for encryption, but they still have the hopes that it will be secure enough. At least that's how I am.

Any encryption would be secure enough if the player doesn't know how it was encrypted hence he won't know what to look for, at least if he is a normal player. Against actual hackers, it seems like no encryption is secure enough.
Last edited: Feb 16, 2019

Engr. Adiktuzmiko said:
Well the term used on the poll choice was "as secure as possible", "secure enough" is a totally different thing.. "As secure as possible" would imply the highest possible security, no matter how impractical it might be, as long as its possible.

Any encryption would be secure enough if the player doesn't know how it was encrypted hence he won't know what to look for, at least if he is a normal player. Against actual hackers, it seems like no encryption is secure enough.
Click to expand...

I suppose, I'm not the best when it comes to semantics 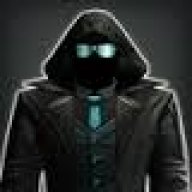 No way in hell am I letting people have a door wide open to my hard work. If they wanna break in, they will have to work for it. I think trying your hardest to protect your game is what you are supposed to do. Especially considering how hard every one of us works on our games.

AnimaScorpius said:
No way in hell am I letting people have a door wide open to my hard work. If they wanna break in, they will have to work for it. I think trying your hardest to protect your game is what you are supposed to do. Especially considering how hard every one of us works on our games.
Click to expand...

I definitely agree with your viewpoint. However, since I'm not very good at programming (hence why I use RPG Maker lol), I can't make a secure encryption method. So then I wonder if I should even bother at all (assuming all of my assets are 100% custom -- which they aren't, so I'll at least use the default encryption. Which is very, very poor). 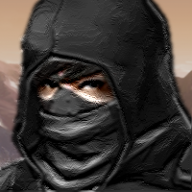 I'm using Enigma Virtual Box to protect/encrypt all assets, but it only supports desktop (Windows).

And ofc this can be cracked also like any other protection, but it will take some time and knowledge how to do it.

Thank you for the correction @Poryg !

I once saw one post where EVB was chosen as best solution to protect your assets (I should have checked how it works before using it...)

Now that I checked it: indeed it will not encrypt any assets and it's not memory friendly. But it does copy all your assets in one executable - which is some kind of protection, unless you know how to extract them

Just like there are decryptors for MV games out there, there are unpackers for Enigma virtualbox out there too. Unless you protect it with at least Enigma protector, these unpackers will make short work of the exe. Enigma protector plants additional security tools like antidebug, which is why most of the enigma unpackers don't deal with protector. But protection with only EVB is one google search away from broken.

bgillisp said:
Well, let's put it this way. Unless you intend to only use RTP or resources that are public domain that no one cares how they get it, you HAVE to encrypt the game for legal reasons. That is not negotiable.
Click to expand...

This is inaccurate; for instance, in the case of CC-BY resources (which are not public domain), encryption is in violation of the license.

@Restart : Which means someone can't use them then and any DLC we sell here, as the terms of use of the DLC is you must encrypt the game.

OcRam said:
But it does copy all your assets in one executable - which is some kind of protection, unless you know how to extract them
Click to expand...

I spent several years working with Flash, and it's basically the same way. Having everything bundled into one exe (or in Flash's case, swf) can serve as a barrier for anyone who wants to casually snoop around, but yeah, anyone with any degree of determination (as mentioned, just a google search) is going to be all up in your assets in no time. In fact, I did a quick search just for fun and found several that appear to work extremely well. The only edge I'd say it has over Flash's swf files is that the person trying to unpack your game would need to know it was using EVB to begin with. Flash files are blatantly obvious, but how easy is it to look at something and come to the conclusion of, "yup, this is another EVB package" or something like that?

I think it is important to encrypt/protect assets of your game, if it's not totally "vanilla".

1st reason like some ppl already mentioned DLCs Terms of Use REQUIRES purchased assets to be encrypted
2nd reason if they spread widely DLCs value (and maybe even interest to your game) will rocket down
3rd reason paid assets (composers / artists / coders) in your game - I don't think they'll like if their work is all around internet... or maybe some one likes it that way don't know about that?
4th reason custom assets made by you - at least I wouldn't want to see my custom assets in any other game

And @Aesica / @Poryg yes EVB is very easy to unpack (it's just security through obscurity).

And here is the 5th reason, the reason why the DLC requires encryption:

For legal reasons, the encryption basically proves intend for those who break it - an encryption can't be broken by accident.

If the resources are not encrypted, someone can re-distribute them and then claim to not know about copyrights.
And since all laws are based on innocent until proven otherwise every court will just accept that for first time offenders, meaning that if the IP holder goes to court he'll lose money for lawyers for a simple warning to the target.

But if something is encrypted - even if it is an extremely bad and easily broken encryption - then anyone who breaks the encryption can no longer claim to not know about it. So if Degica sees some DLC redistributed it is automatically proven to be a breach of copyright and they can sue them without them being able to claim innocence. 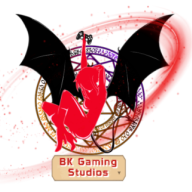 Well besides the legal issues you could add the fact that someone could add a malware into your files and redistribute it, damaging your reputation of your next projects as "that virus infested rpg game".
You must log in or register to reply here.
Share:
Facebook Twitter Reddit Pinterest Tumblr WhatsApp Email Link