Is there any way to disable the turn toward player feature when interacting with an NPC?

In my game, before you can talk to characters. I'm implementing choices that can make you do a variety of things to the NPC. Such as being able to battle, talk, steal, inspect what they are doing, etc... It's not a big problem but whenever you interact with the NPC they always turn towards the player.

I turned on direction fix and then tried turning it off with movement route but it's just not working for some reason.

It gets even worse when I try to create a short stealth scene. In one area the player has to pickpocket an NPC using the choices but when that's done the NPC just stares at the player and it overall just looks really silly. Is there any way to fix this? I'll try explaining in more detail if you want me to. I'm not too sure if the screenshot will help but it will probably give you an idea on if I'm doing anything wrong. 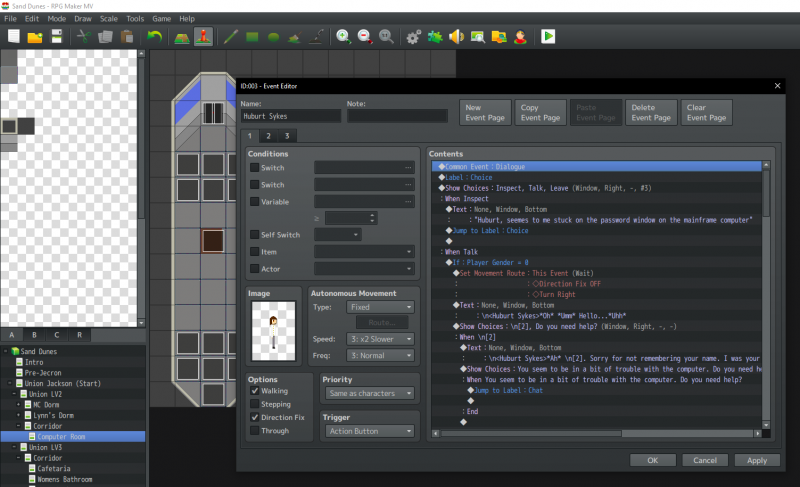 There's a yanfly plugin to solves that

Restart said:
There's a yanfly plugin to solves that