Is there any way to make BGM, BGS and SE stop when minimizing the game? 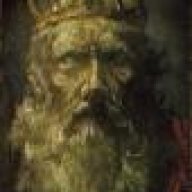 The Storyteller of Woe

When a VX Ace game is minimized, the game stops like an usual emulator and all that stuff. That's not really the problem, I don't really have any problem with that. The thing is that BGM, BGS, ME and SE keeps sounding even thought you do this and that's what really kind of bothers me.
For example, I have a dialogue which you can't skip because I designed it to auto proceed after like 8 seconds:
"Bla bla bla.\| \| \| \| \| \| \| \| \^"
This, in order to auto proceed when the 8 seconds SE of the dialogue I recorded -that's playing just before the dialogue appears- already finishes.

But, when the game is minimized before the dialogue ends, the SE keeps sounding but the dialogue seconds (\|) won't, so when you open the game you have to look at the same dialogue for 8 seconds of silence until the other one appears. What I'd like to avoid is this kind of situations. I don't think there's really a way, but I'd just like to make sure of it.